I'm making some interactive plots and I would like to add a colorbar legend. I don't want the colorbar to be in its own axes, so I want to add it to the existing axes. I'm having difficulties doing this, as most of the example code I have found creates a new axes for the colorbar.

I have tried the following code using matplotlib.colorbar.ColorbarBase, which adds a colorbar to an existing axes, but it gives me strange results and I can't figure out how to specify attributes of the colorbar (for instance, where on the axes it is placed and what size it is)

Using fig.colorbar instead ofmatplotlib.colorbar.ColorbarBase still doesn't give me quite what I want, and I still don't know how to adjust the attributes of the colorbar. 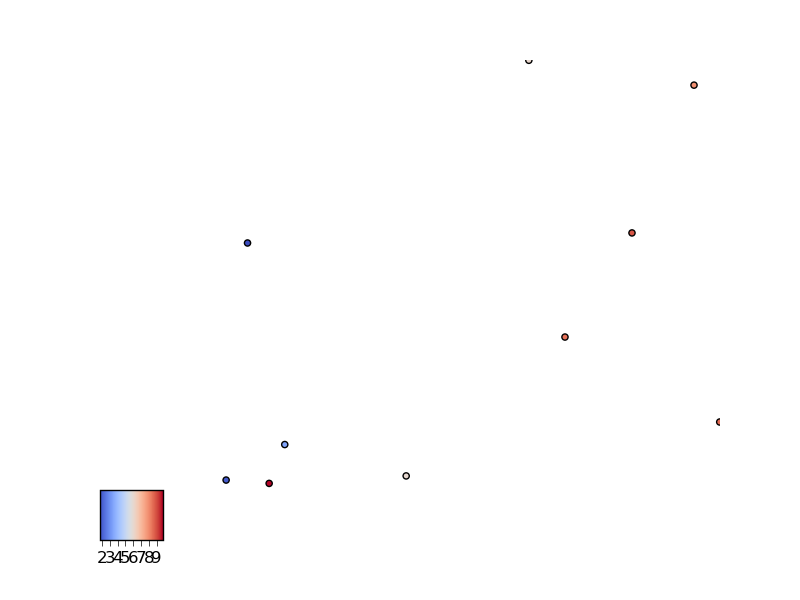 Let's say I want to have the colorbar in the top left corner, stretching about halfway across the top of the plot. How would I go about doing that?

Am I better off writing a custom function for this, maybe using LineCollection?

This technique is usually used for multiple axis in a figure. In this context it is often required to have a colorbar that corresponds in size with the result from imshow. This can be achieved easily with the axes grid tool kit: 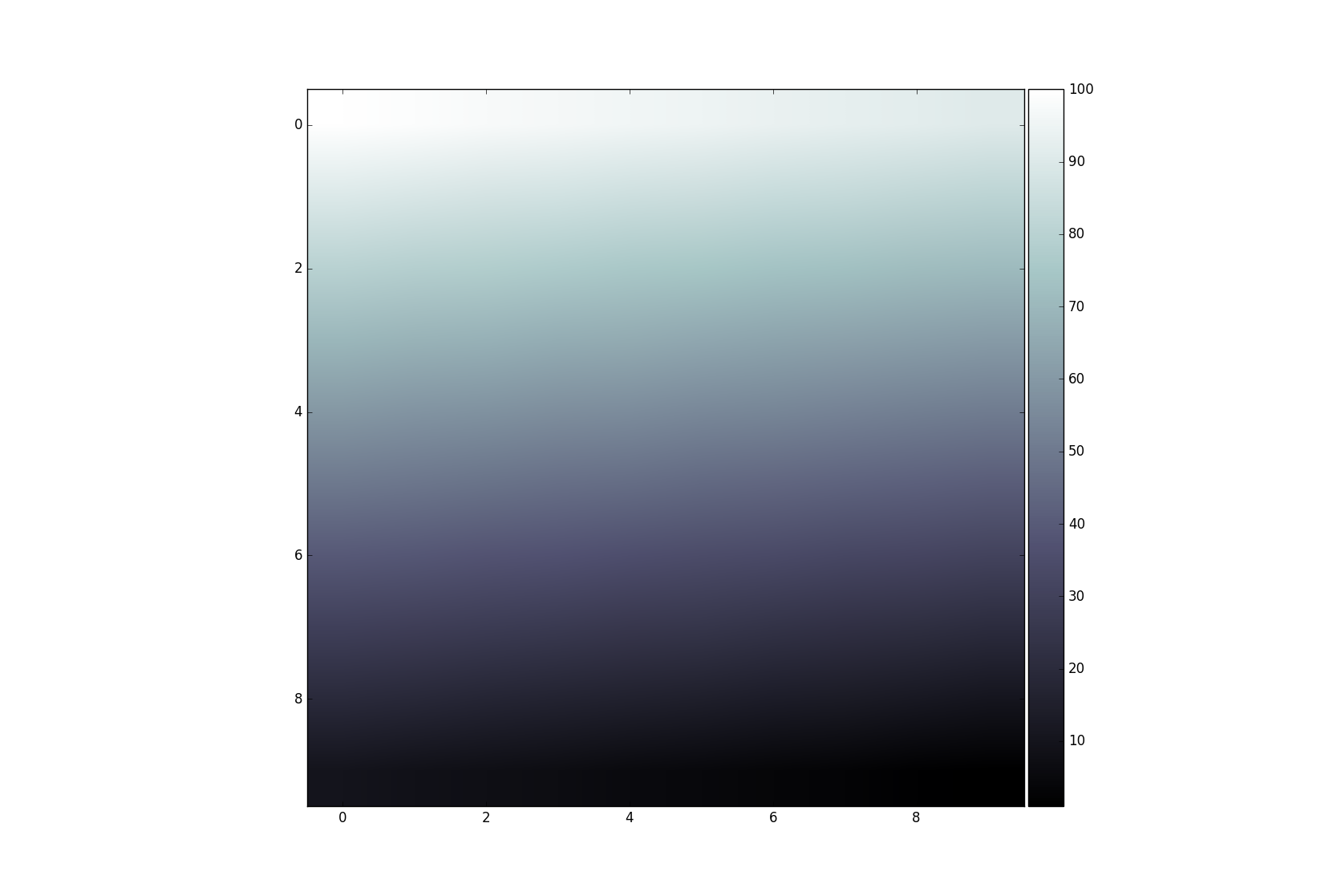 The colorbar has to have its own axes. However, you can create an axes that overlaps with the previous one. Then use the cax kwarg to tell fig.colorbar to use the new axes. 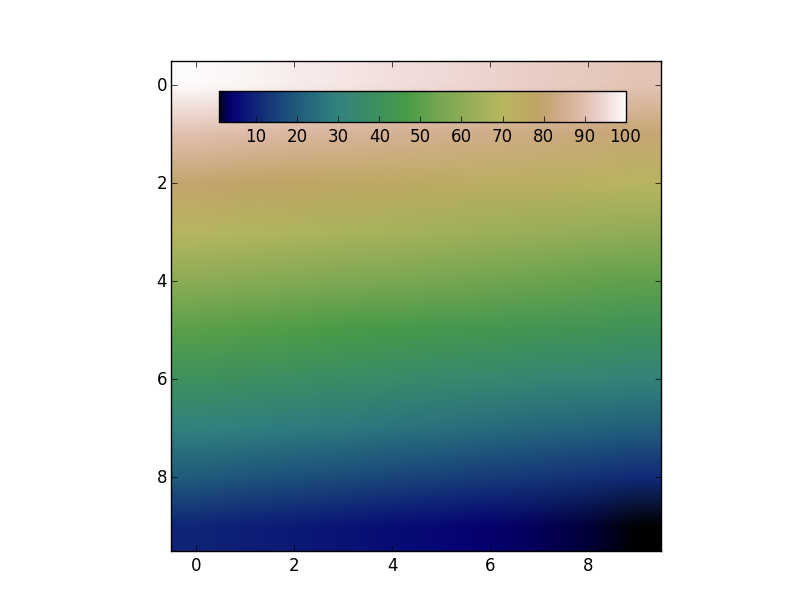 Couldn't add this as a comment, but in case anyone is interested in using the accepted answer with subplots, the divider should be formed on specific axes object (rather than on the numpy.ndarray returned from plt.subplots)

0
How do I remove double ticks (leaving a single set) on a color bar in matplotlib's imshow?
1
How to add a colorbar to subplot2grid
1
Different color for each populations in cmap
1
How to add a color scale to graph?
0
Colorbar is attached to an existing axis, instead of filling into it
0
Plot colormap on lineplot
1
Add colorbar to axes and keep size

3421
How can I add new keys to a dictionary?
509
Hiding axis text in matplotlib plots
632
How to set the y-axis limit
436
Secondary axis with twinx(): how to add to legend?
510
Rotate axis text in python matplotlib
1274
How to add a new column to an existing DataFrame?
718
Changing the tick frequency on the x or y axis
7
Using matplotlib *without* TCL
0
Adding the range of colorbar to a pandas subplot