IBOutlet and IBAction in Swift

I connected a IBOutlet and IBAction to my button variable from Interface Builder to my View Controller. How do I add an action method to the button in Swift? This code doesn't seem to work.

The Objective-C equivalent I found is:

When you attach a button to the viewController and create an action (IBAction) using ctrl-drag, you create a method that looks likes this in Swift (if it doesn't have arguments):

In Objective-C the same thing will look like this:

So that means that @IBAction func OK(sender: UIButton){} is an action method.

If you want to know about the sender argument, I would recommend this SO post.

For what you want to do, I create an IBOutlet and an IBAction, that way I can change its attributes with the outlet variable, and have the action side of things with the IBAction, like what you show above:

For example, if I want to hide the button, I would put this code in the viewDidLoad

The OK in that code is for the outlet variable, if I wanted to print "You pressed me" to the console when the button is pressed, I would use this code:

Above I am using the action to print "You pressed me" to the console.

A few things to note:

When Swift 2.0 gets released println will get changed to print. Also with you action and outlet, I would suggest giving them differing names, to make it easier to differentiate the two, something like this:

Along with that, you should use camel case when naming variables, constants, functions, etc.

One way to do it, is control-drag from your button to your viewcontroller and choose action: 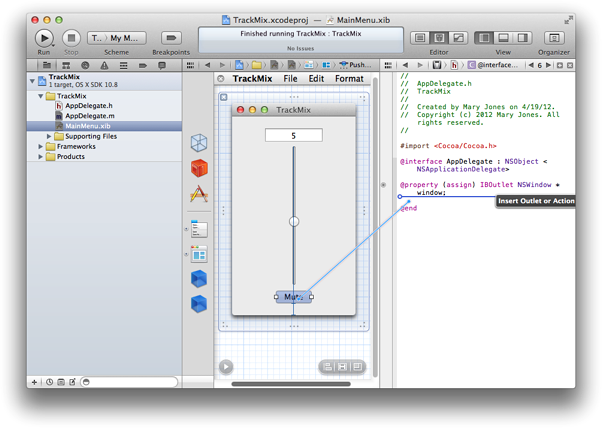 If you have connected your button's action, your code should work just fine.

2.Hook the IB Element From Storyboard. 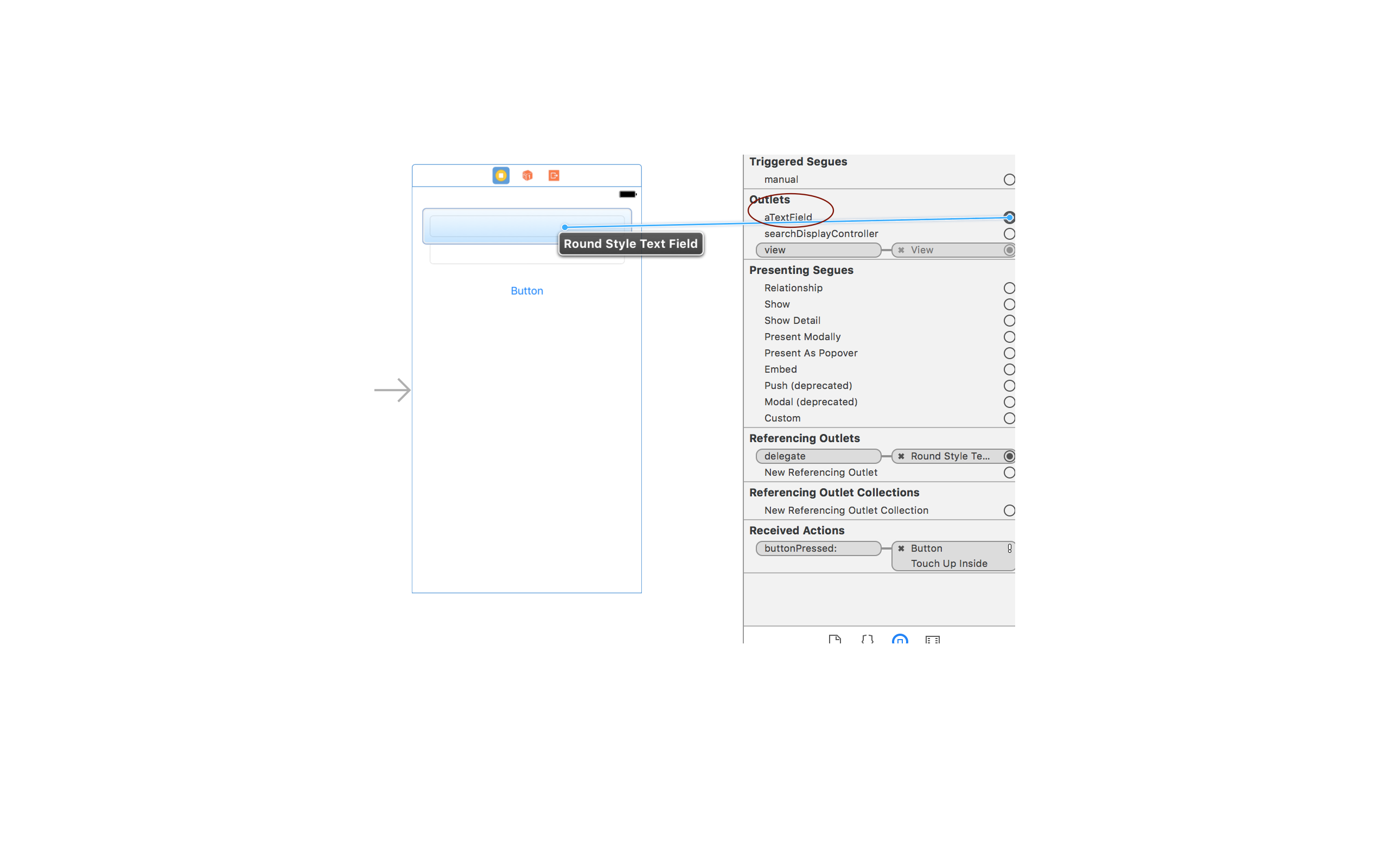 2.Hook the method from Storyboard. 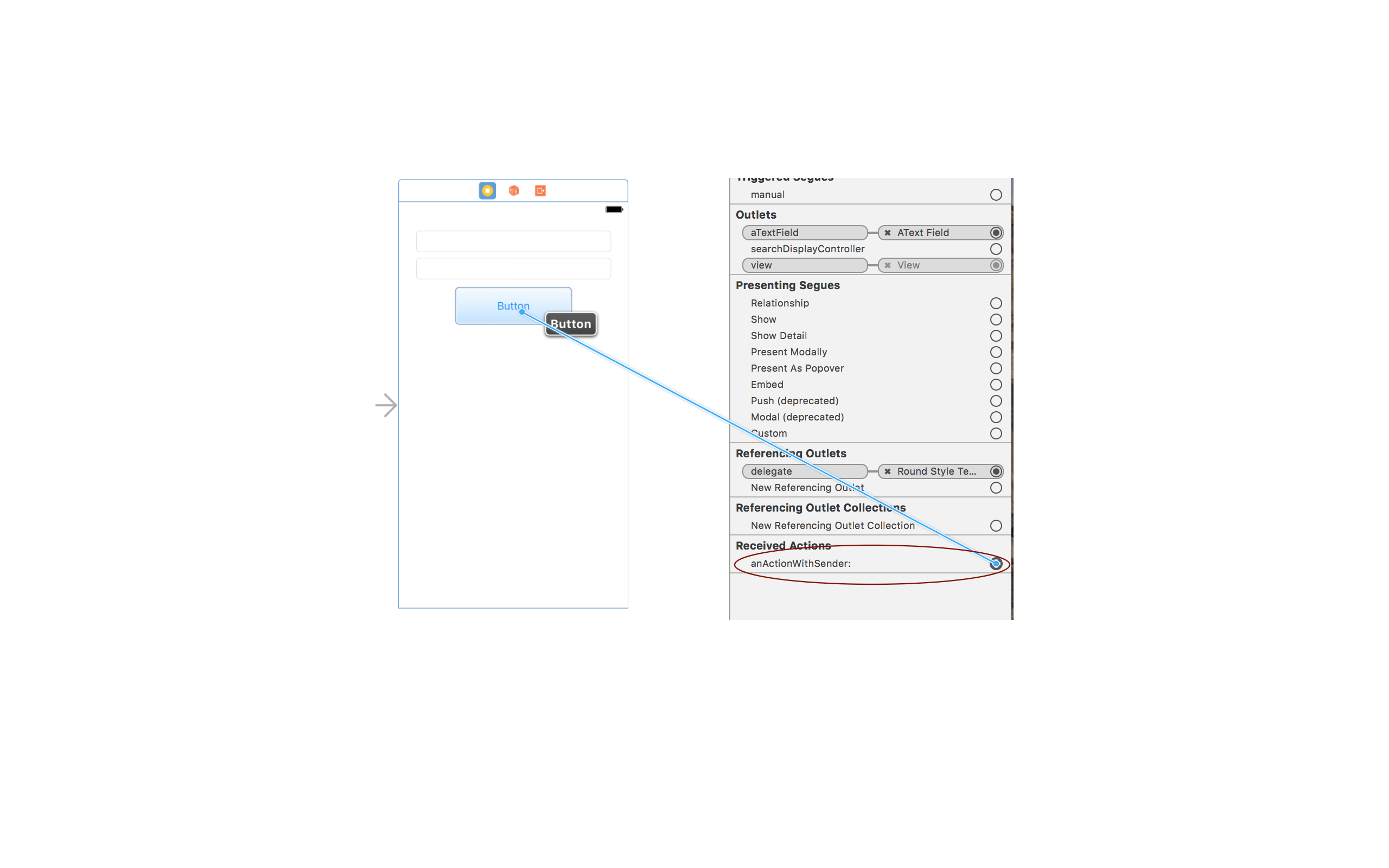 You can simply add action from your storyboard. See the image. 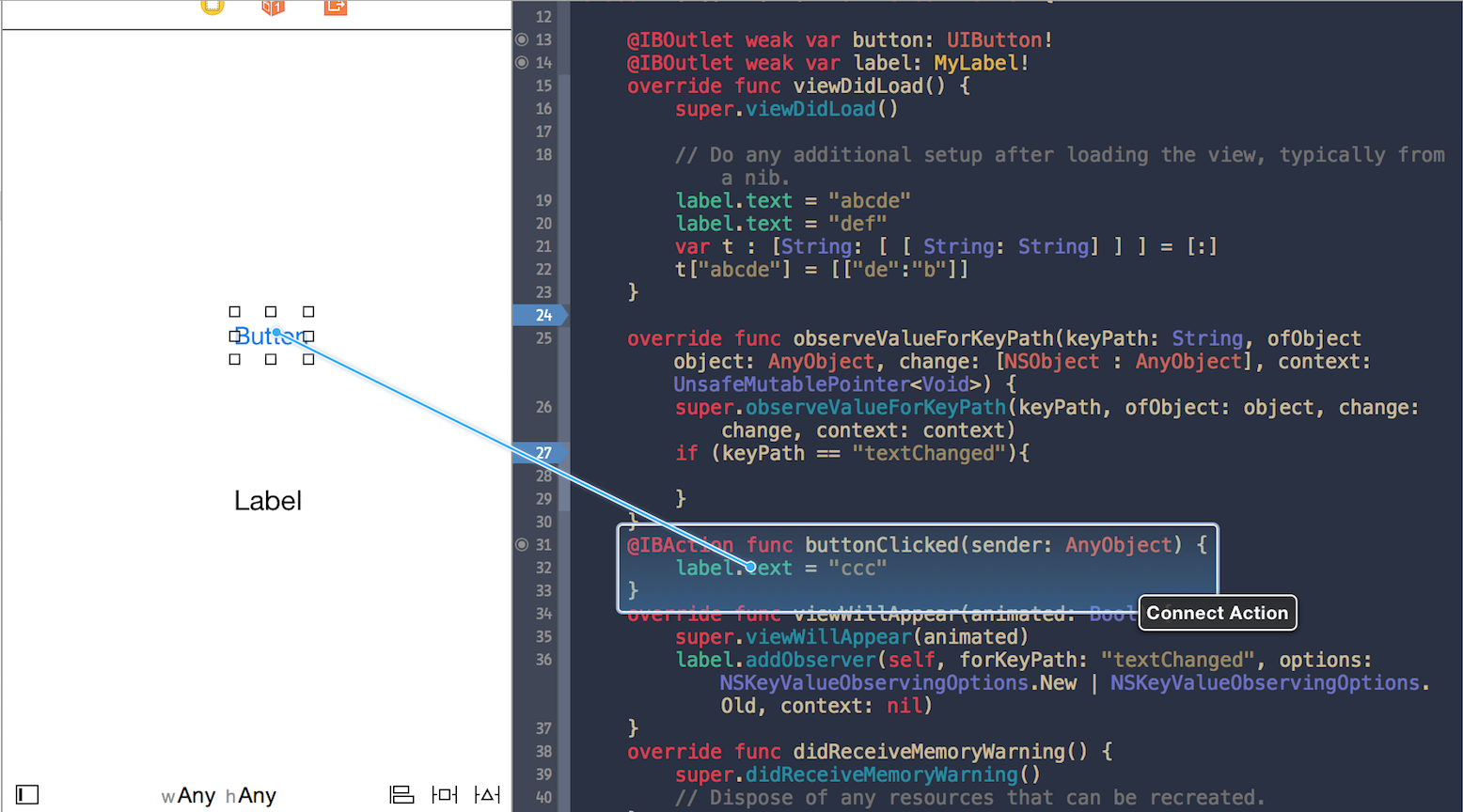 Not the answer you're looking for? Browse other questions tagged swift iboutlet or ask your own question.

3
When do we need button to send argument in Swift?
2
trying to make picker view input for several textfields separately
2
How to make a button an IBOutlet and IBAction in swift
0
Button as a Return Key
1
How can I change the state of a UISwitch so that it appears in the off position?
0
Swift 4: Read Data from Objective-C-Object
0
Swift: Control-dragging from storyboard ends up in wrong position
0
Displaying input text on different views

167
IBOutlet and IBAction
1094
How do I call Objective-C code from Swift?
998
#pragma mark in Swift?
910
How to iterate a loop with index and element in Swift
971
Swift Beta performance: sorting arrays
10
Swift, iboutlet and custom controls
28
Changing text of Swift UILabel
118
IBOutlet is nil, but it is connected in storyboard, Swift