I'm trying to copy under root file into /System folder. It works well on all previous OS X version but not on El Capitan 10.11

Here how I copy file under root in terminal:

As result I receive an error:

El Capitan now protects certain system directories in "rootless" mode (a.k.a. System Integrity Protection). If you run the command ls -lO /System/Library/LaunchDaemons you'll see that the directories and files under there are now marked as "restricted."

When you're done, it is highly recommended that you re-enable SIP by following the same steps, but using csrutil enable in step 3.

I ran into a problem with the same root cause while trying to get pear/pecl modules and macports/homebrew apps installed. Those typically need to install files into /usr/include and /usr/lib, which are also now restricted.

Note: Previous answers around the Internet about this problem give you instructions for modifying NVRAM settings, but Apple stated that the NVRAM method would stop working with El Capitan's public release. The GM release has already disabled the NVRAM workaround, so this answer should get you what you need moving forward.

UPDATE: This same method is applicable to macOS Sierra, and probably new macOS versions for the foreseeable future.

ANOTHER UPDATE! It looks like Catalina's trying to do us in. They moved all the files I had previously forced to go where the Linux stuff had to go:

And they left this funny notice: 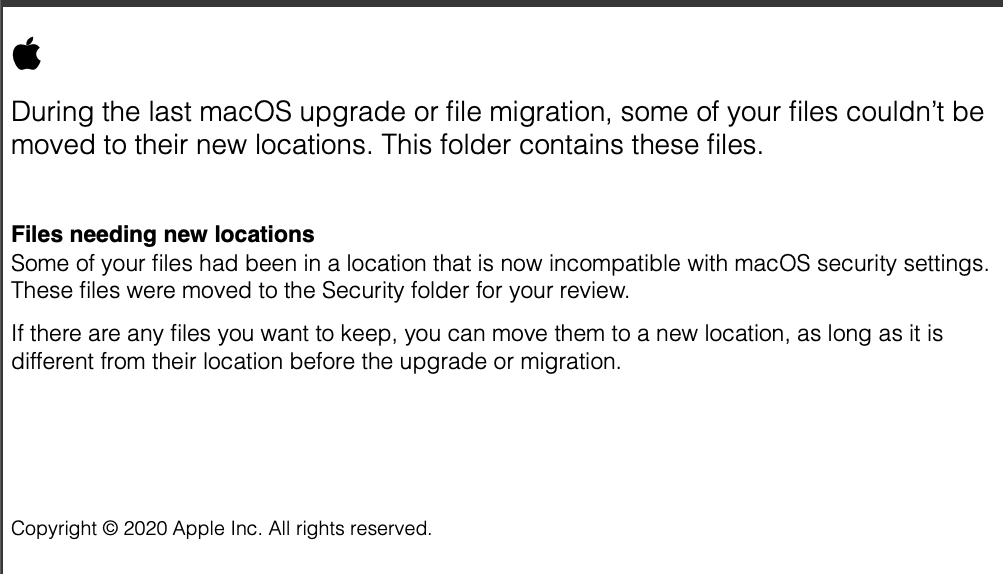 At any rate, I think most of the tools like brew and PEAR that used to need this workaround have adapted. I don't really know because making macOS behave 100% like Linux has become silly, so I use VMs when I need command line Linux things.

This workaround may still do the trick with Catalina. I haven't tried. I'm not going to do so for the sake of research, but I'll report back if I have a need to give it a shot.

Considering that certain system directories are protected from being written at all (even with root) under OS X 10.11 (El Capitan) unless security measurements are disabled (see answer by Chris Ostmo) it's obviously a good idea to not modify those directories at all with custom system hacks.

Own LaunchDaemons should be installed to:

No, but if you use 2nd copy of El Captain to boot your system, for example:

Boot El Captain from a previous installation on a usb key, then you can do this

Then to show the directory in finder do this:

Then just copy the files with your mouse, drag and drop into finder.

Not the answer you're looking for? Browse other questions tagged macos bash terminal osx-elcapitan or ask your own question.