Where are the docker images located once they are downloaded from docker hub in Mac OSX. For example if I run a command like:

the image is downloaded and the container is run but where is that image located on my system?

Note: Where are Docker images stored on the host machine? This question has answers related to linux machine, mainly. The answers for Mac OS X are considering that boot2docker is being used alongside docker installation, which is not the case for me.

And if you are using Docker for Mac then the location is again different, namely:

The Disk image location can also be seen (as mentioned in the docs) by selecting Preferences->Advanced menu from the Docker toolbar icon (works in Docker-CE v17): 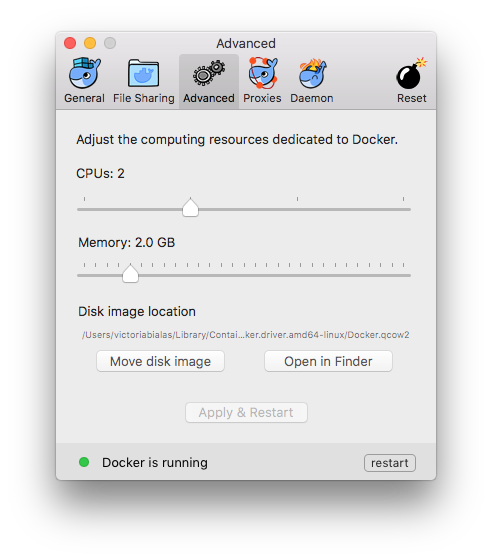 Update: As mentioned by @udondan Docker now has a separate 'Disk' tab in Preferences where it shows the disk image location: 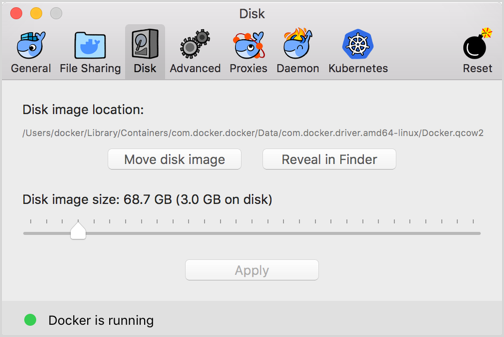 For someone who is using Docker toolbox (that uses docker-machine), the answers concerning boot2docker on Mac OS X is not valid. The docker-machine VM is called "default" and it exists in /Users/<username>/.docker/machine/machines/default/ directory.

Note: I have also added this answer to this question: Where are Docker images stored on the host machine? but I am answering here as well so that it's easier to find the answer for someone specifically looking for Mac OS X and new version of Docker.

The docker images are stored in a different location on the Mac with Docker Desktop, different to where they are stored on other Linux systems.

If you want to control the volume from your mac, you can map it while you are creating the container

In my case, I want to locate the docker images and copy them to another location.

In Docker Desktop version 2.2.0.4, check out the screenshot below. 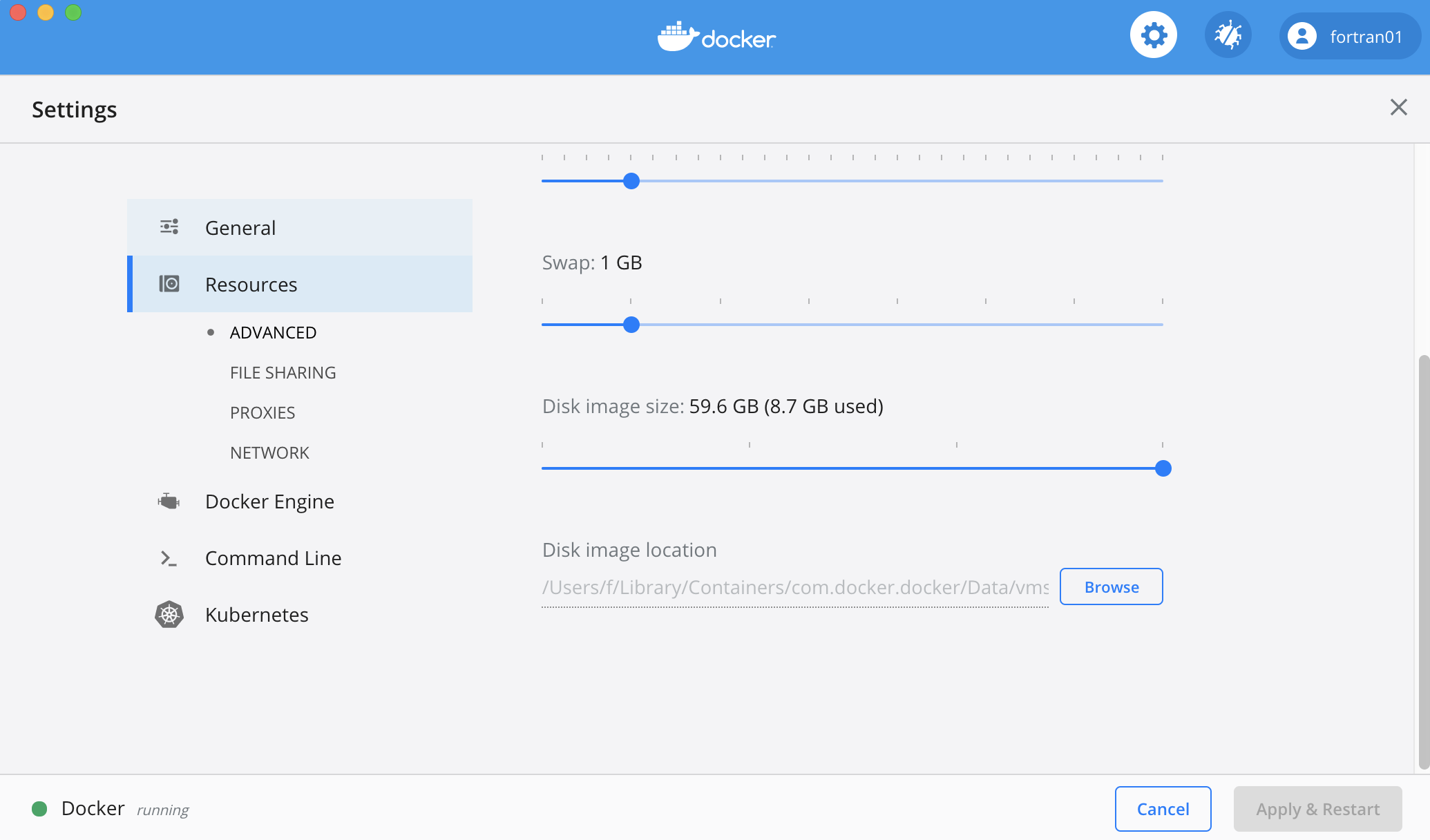 In my case (Mavericks / docker brew installed / Image name: default) is located under

(You gotta use terminal and not finder to see it. )

This answer doesn't concern the "boot2Docker" version for MAC. Here I have the Version 17.12.0-ce-mac55, you have to keep in mind that Docker is still running in a VM, the system paths are relative to the VM and not from the Mac Osx system. As it says all is contained in a VM file :

Try to run Alpine image with this volume option and the ls command you are able to list the VM host:

After this just try :

Now, you are able to list the docker folder from the WM host

There's some information on this here. You can check the location by running

Not the answer you're looking for? Browse other questions tagged macos docker or ask your own question.

954
Where are Docker images stored on the host machine?
39
I can't find my Docker image after building it
5
What is location of images pulled from Docker Hub via Docker for Mac
3
Where are docker images gcloud should build from
0
Locating a Directory after Docker Pull