When I create a new web project with Visual Studio, I only see the templates in the picture below: 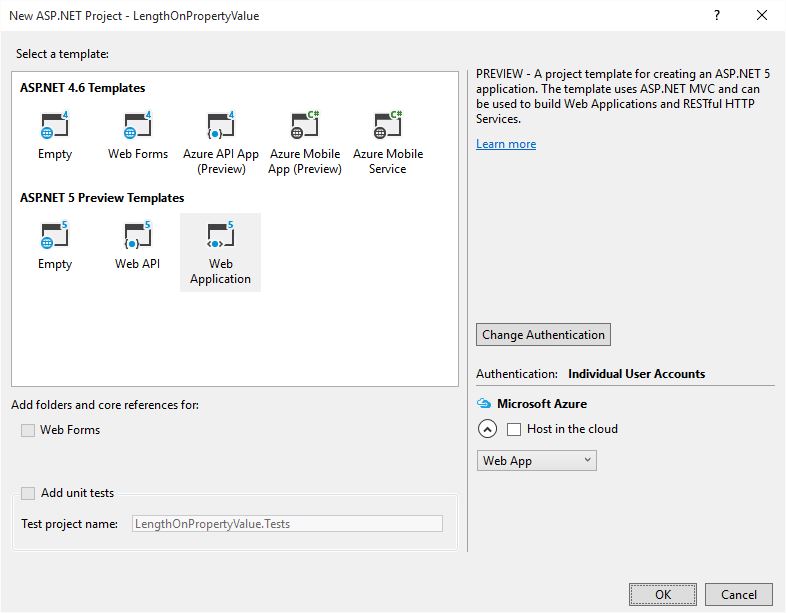 The MVC one is missing and so I can only create empty projects.

I tried with a repair of Visual Studio, but no luck.

Just got the same issue after installing Developer Tools Microsoft ASP.NET and Web Tools 2015 (Beta7). I tried to reinstall ASP.NET Project Templates but it didn't help.

While looking into "Add / remove programs" -> "Visual 2015" -> "Modify" , I found the "Web developer tools" unchecked. This SO answer helps me to figure this.

After reinstalling this, everything reappears 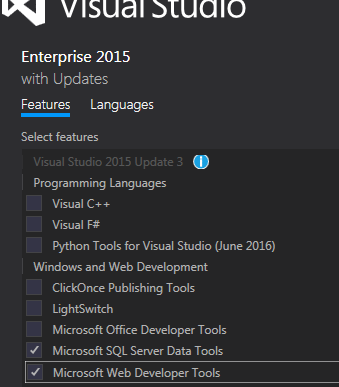 Just click on the "web" in left side-bar and select "ASP.NET Web Application", click "ok" and you will see next dialog: 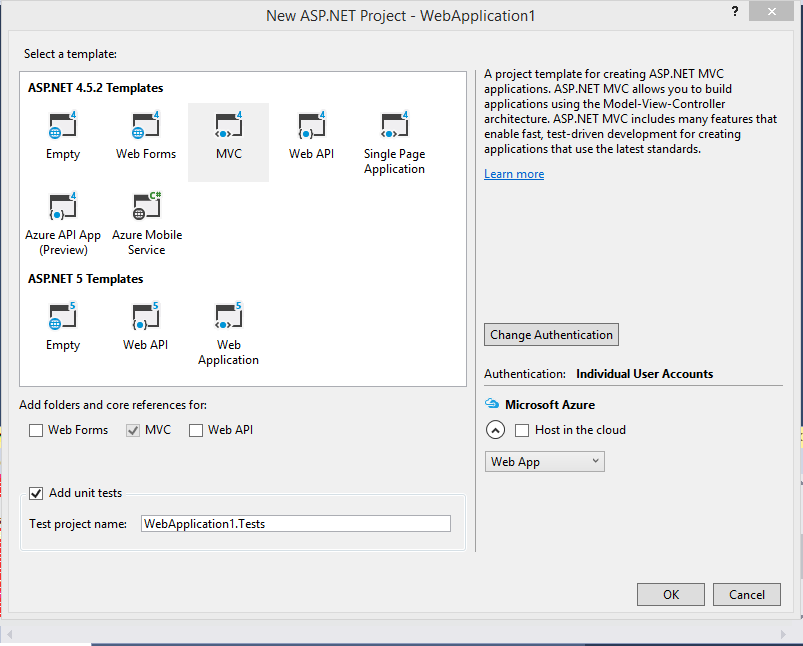 Now, you can choose type of web application what you want.

I'm going to add my 2 cents in case someone finds himself in a position like mine. I too was looking for an MVC project type and could not see it. All I saw is a "Web Application Project". So I freaked out and rushed into trying all solutions listed on this page.

IT IS ACTUALLY THERE.

Just go with the "Web application" project and it will give you the MVC option on the next step.

Visual studio 2015 does not show MVC project template if you select .Net 4.0 or below. Select .Net 4.5 or above, and you will be able to see MVC project.

This is what showed when you select .NET Framework 4:

and this when you select .NET Framework 4.5:

However, make sure you have installed web developers tools. To do so, go to Add / remove programs -> Visual 2015 -> Modify --> Web developer tools : Check and proceed with the installation. 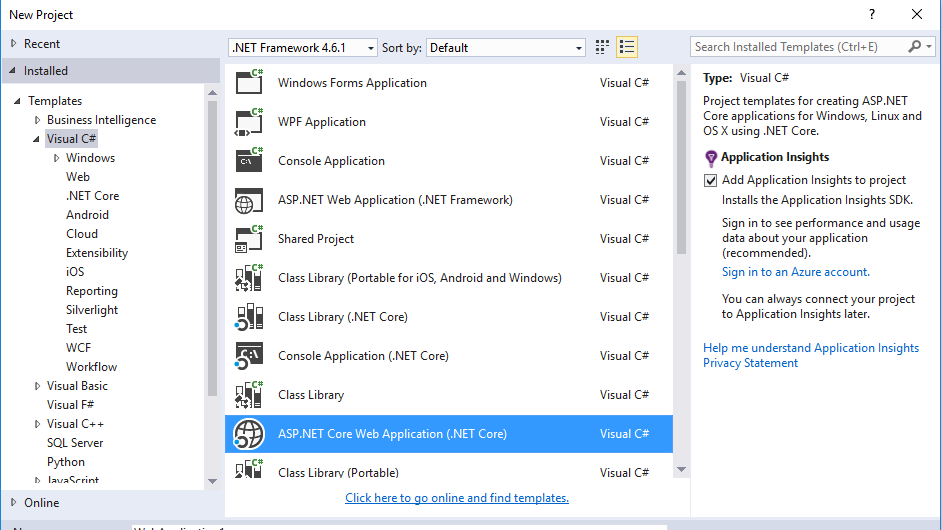 I don't see an MVC template for this project type, but I don't think the Core framework has been completely released yet.

I had the same issue with the MVC template not appearing in VS2015.

I got it working by uninstalling: Microsoft ASP.NET Web Frameworks and Tools 2015 via the Programs and Features windows and re-installing. Here's the link for those who don't have it.

In my case that happened when uninstalling AspNet 5 RC1 Update 1 to update it for .Net Core 1.0 RC2. so I installed Visual Studio 2015 update 2, selected Microsoft Web Developer tools and everything went back to normal.

For me, I saw none of the MVC templates (except the bottom two), after installing Update 3 which installed all the Core stuff.

I downloaded most recent core preview...

It prompted me for "repair" and after it was done, bringing up VS indicated it was "Installing Templates" and they appeared!

Update 3 is a game changer in that the "preferred" way of doing things is to use dotnetcore. For example a console application now uses the new file stucture, other projects such as a Test Project still use the same folder structure as before. But MVC has changed. I'm not even sure what other "Web Developer Tools" work with dotnetcore right now.

Visual Studio 2015 (Community update 3, in my scenario) uses a default template for the MVC project. You don't have to select it.

I found this tutorial and I think it answers the question: https://docs.asp.net/en/latest/tutorials/first-mvc-app/start-mvc.html

Times have changed. Including .NET

For Visual Studio 2017, screen shots are below 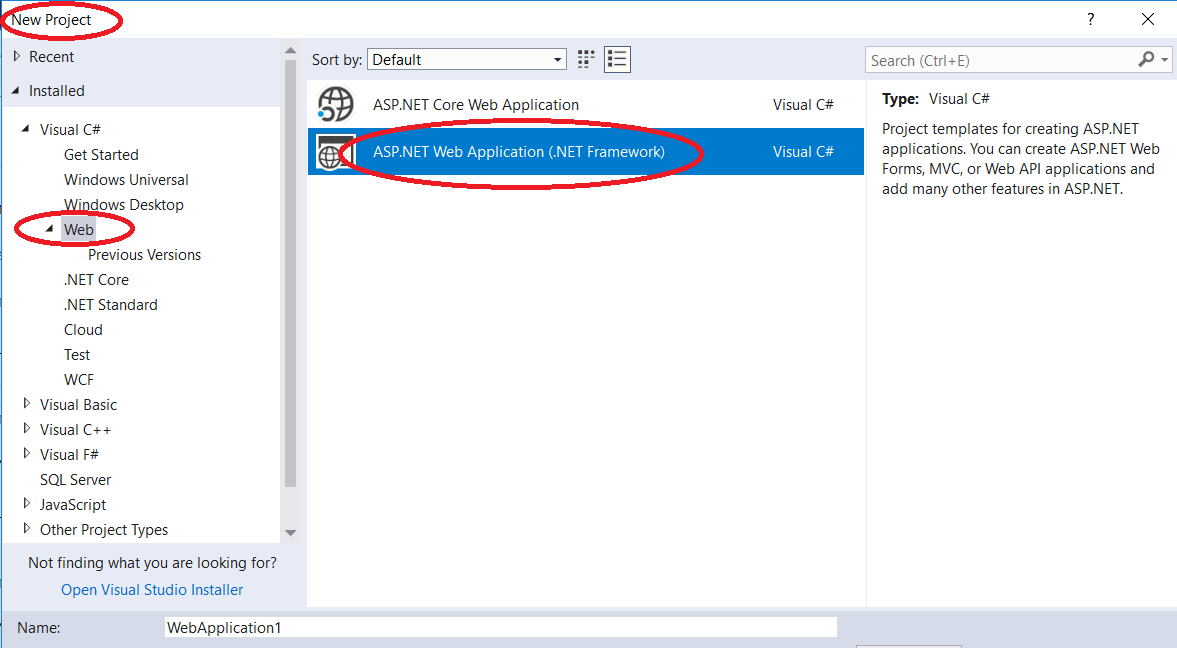 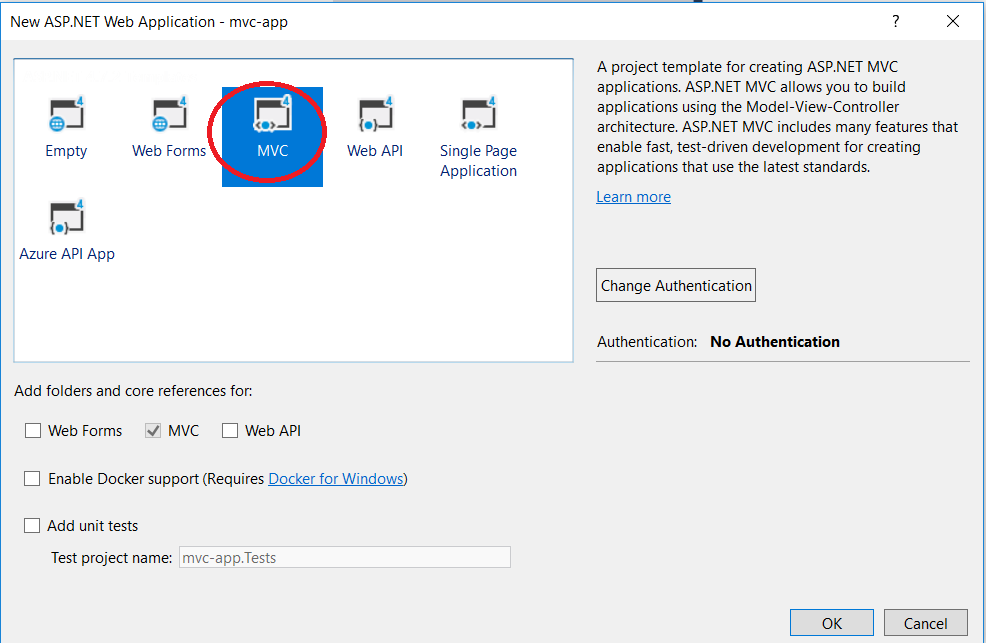 Not the answer you're looking for? Browse other questions tagged visual-studio-2015 or ask your own question.