Cypher query to take all relationships from one node, and attach them to another node

My question is.. given two nodes, node A & node B, is there a cypher query that removes all of the relationships from node A and attaches them instead to node B, so that all nodes that were previously attached to node A, are now attached to node B?

I'm sure there are many use cases for such a query, but my use case is to do with merging multiple social network logins:

What is the cypher query to do this?

I know this thread is old but I googled the same question and didn't found a solution on StackOverflow. So here it is.

As Michael told me here You can use APOC functions :

EDIT: there is now way, to specify relationship type dynamically. So, workaround below is limited to relationships with same type and with no properties.

We have such data right now: 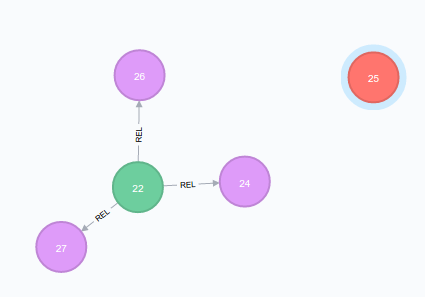 Now we want to "move" relationship from Node1 to Node2 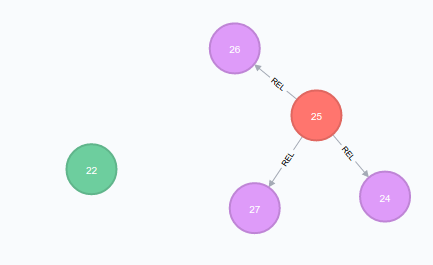 What we basically are done is:

The code for the alternative solution I used is below. I'm having trouble getting the unit tests to run but once they're fixed I'll post a mini project for this on github.

Not the answer you're looking for? Browse other questions tagged neo4j cypher or ask your own question.

6
Move/copy all relationships to different node