Installed the app on iPhone 6 iOS9 and here is what happened. Notice black bars on top and bottom. It works just fine on iOS8. How I can fix it? 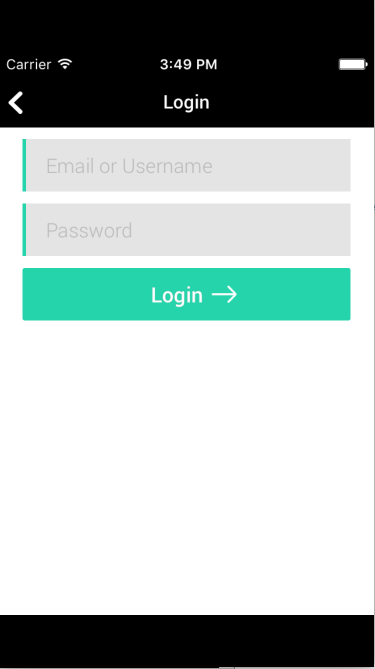 Did you migrate your app from an earlier version of Xcode? If so then Xcode is now making an assumption about your screen size and you need a way of indicating the actual screen size at run time.

There are two ways:

a) If you use a launch screen.

You are missing a LaunchScreen.storyboard file. Create a Launch Screen object from the New File... dialog 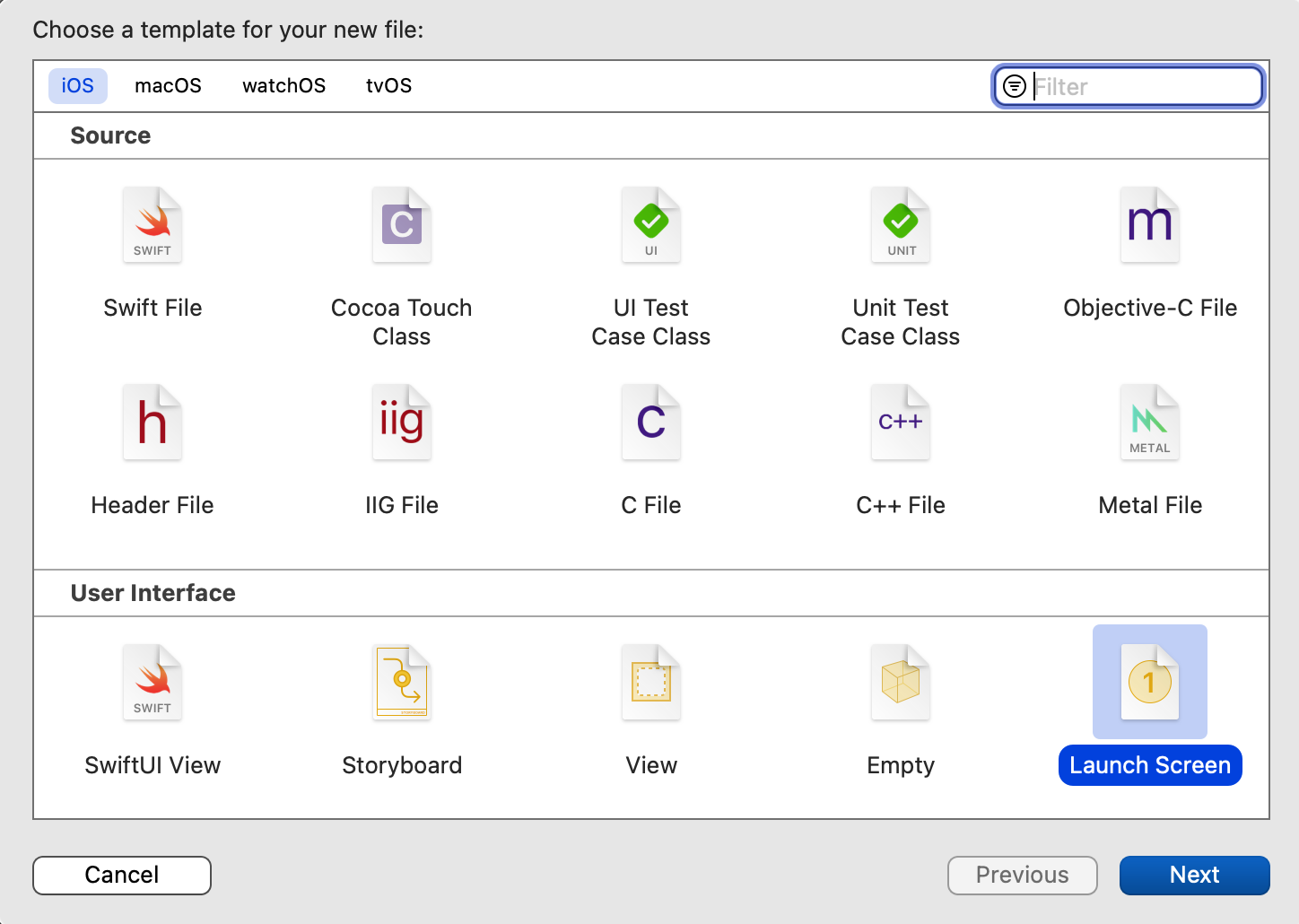 b) If you don't use a launch screen.

Go to your Target's settings and choose General, then App Icons and Launch Images. Now set "Launch Screen File" to your "main.storyboard" (or another storyboard if appropriate)

My App does not use a launch image. Setting the "Launch Screen File" to my "main.storyboard" file fixed the issue for me.

Use the following link for more information: http://oleb.net/blog/2014/08/replacing-launch-images-with-storyboards/ 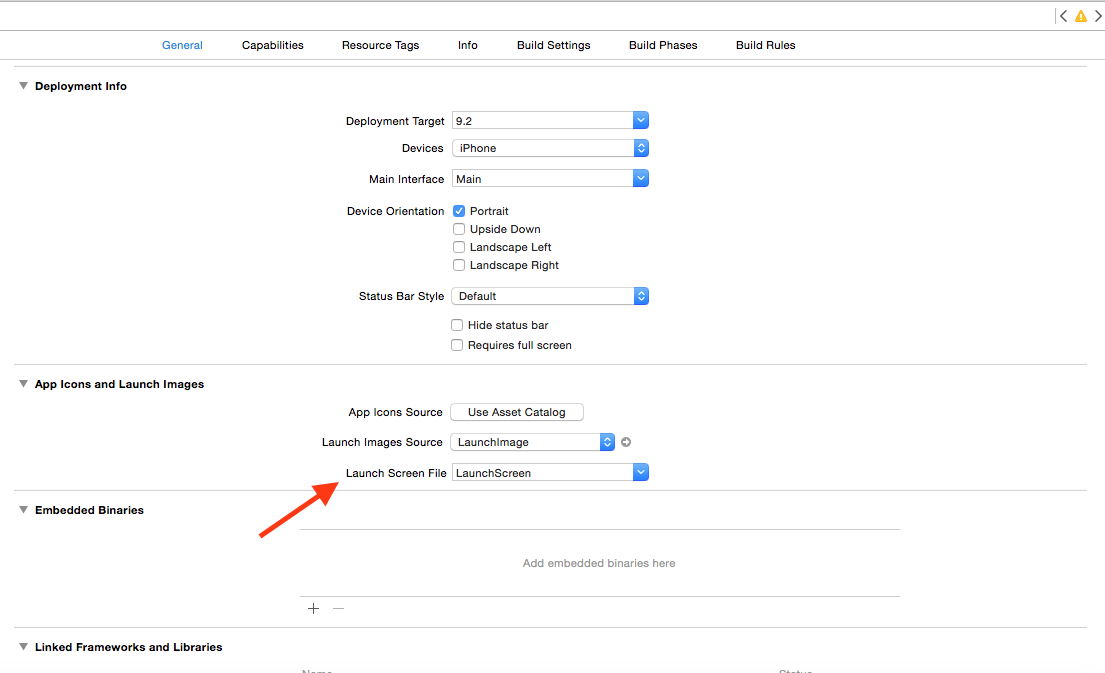 I'm using xcode 7.2 . At first, I created a LaunchScreen.storyboard file, as Potassium Permanganate suggested, and it worked! However, I didn't want a launch screen, so I tried setting Main.storyboard as Launch Screen File and it did the trick! 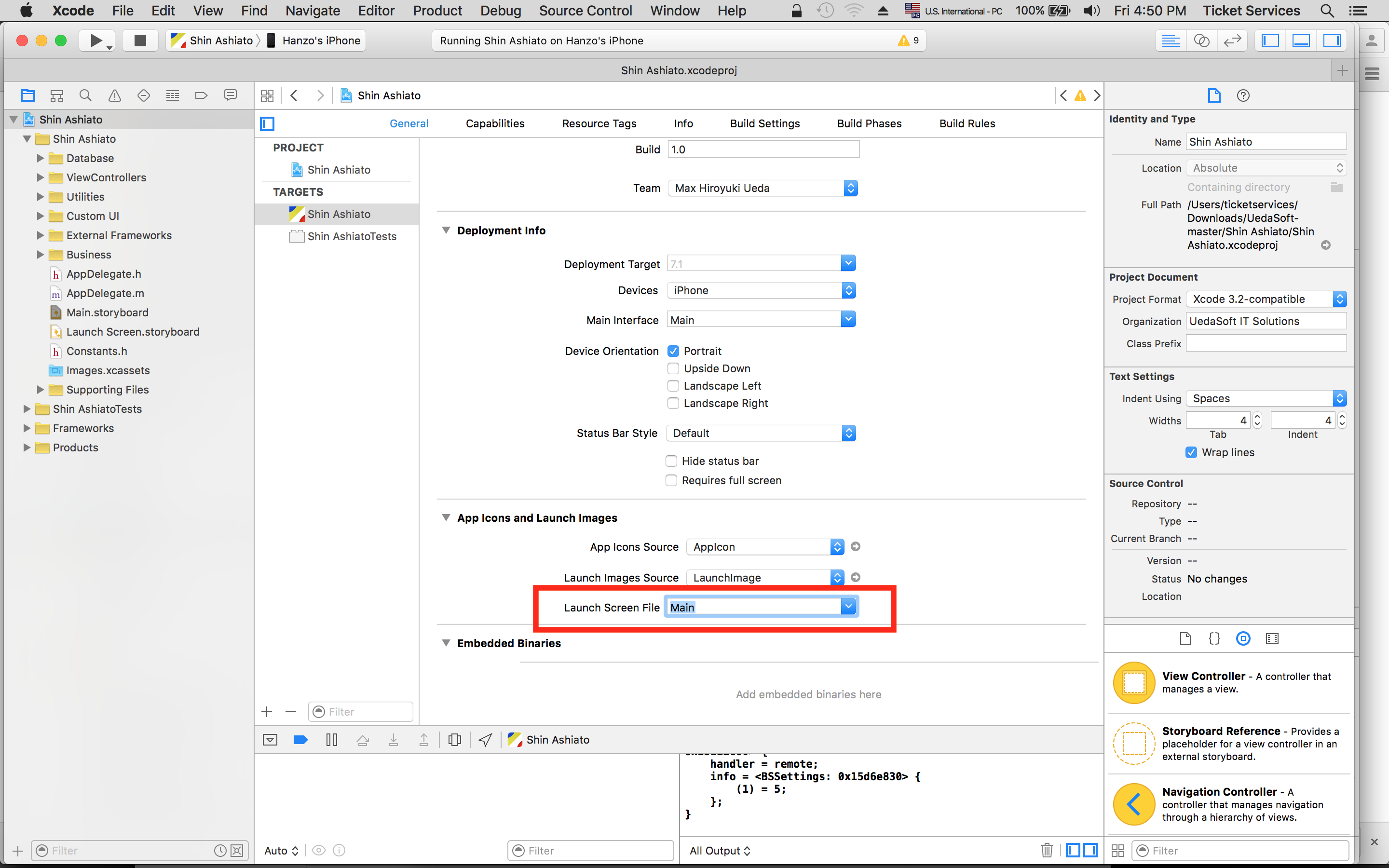 When you migrate your app from earlier version of xCode to xCode 6 or xCode 7, you will face this issue.

For iOS 7 and earlier, developers need to provide separate launch images for all screen sizes, resolutions and orientations their app supported.

In Xcode 6 or later, there is another option. You can specify a storyboard whose initial view controller will then be used as the app’s launch screen. Use below steps:

Delete the older app from simulator and clean the project.

I have same issue in my app . In my app i have multiple targets added to project . If i use launch storyboard solution then i can see full screen but in my case my Lunch image looks blurred and stretched on iPhone 4 . To come out from this issue I have used LaunchImage asset solutions . After this still I am facing same issue .I have tried all above solutions, At end I found my png images don't include ALPHA resolutions . After adding new images ,i can see full screen images .

This one is if you do not use storyboard at all.

It occurs when you remove LaunchScreen from Launch Screen File in App icons and Launch Images.

Instead of removing it from here go to info.plist and find Launch screen interface file base name and remove LaunchScreen, i.e. leave it blank.

Go to the asset catalog and create a new iOS launch Image. then in Target>General>App Icons and Launch Images>Launch Image Source you will see automatically the new Launch Image created in the assets catalog.

In my case, I have several targets in the project and each one has it's own launch screen images. The weird thing one of the targets looks fine but others have those black bars. The thing was in the name of Launch folder inside assets. Change name to LaunchImage solves the problem.

select LaunchScreen.storyboard if its empty

In my case I have one asset with launch images however it was displaying the top and bottom dark bar as well.

I've tried the launch storyboard solution and yes it works but I didn't want to add a new file so, this is what I did to fix the issue:

I had a similar issue on an iPod. To fix this, I replaced

iOS changed the way the system detects the resolution of the iPhone. You used to have to supply a number of png images named things like "Default-568@2x.png", "Default-667h@3x.png". Now you don't have to do that anymore. You need to delete those "Default-568@2x.png" style files and move on to using a proper LAUNCH SCREEN object in your project.

Double click that new Launch Screen file to edit it. Be sure it is ticked "use as launch screen" in its properties.

Finally be sure to select your LaunchScreen.storyboard file under project properties / Targets / "App Icons and Launch Images"

Main.storyboard Choose your Scene & Controller on left menu, go to Attribute Inspector find "Presentation" and instead of "Automatic" set it to "Full Screen" 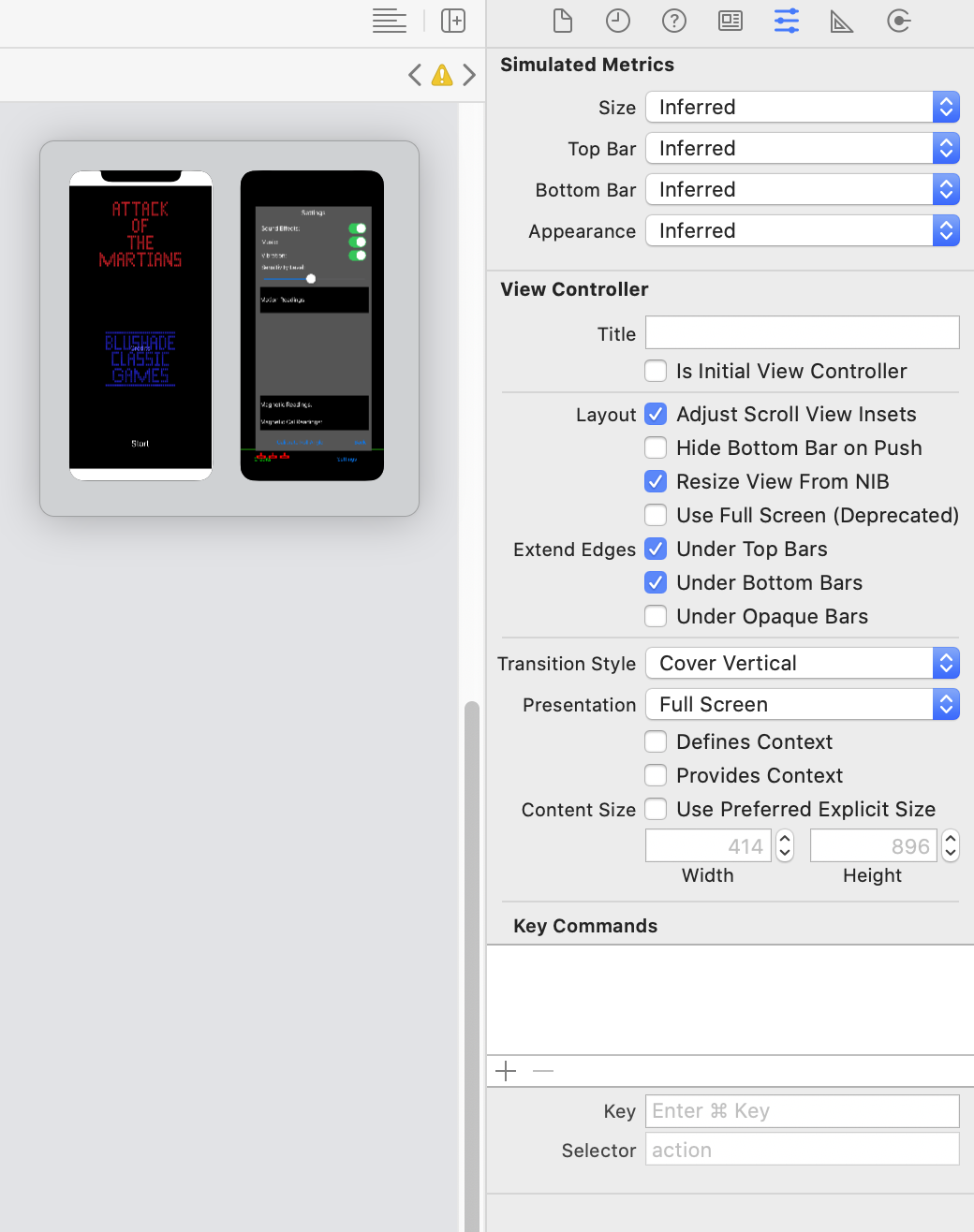 It did the trick for me.

Don't Do anything that are described in earlier answers...

Step 1 : Add the splash Screen for iPhone and iPad.

After this this error will not come again.

Not the answer you're looking for? Browse other questions tagged ios ios9 xcode7 or ask your own question.

3
App height incorrect after upgrading to iOS9 & Xcode 7
-1
UI not filling up entire screen. Black bars on top and bottom
-1
Create a UINavigationController programmatically
0
UIViews in iOS App being clipped with Simulator
0
how do i adjust this application window while running
1
iOS Application screen sizes have black bars on some screens at top and bottom
0
Unable to solve issue in simulator device
0
xcode7 without storyboard, display not right
0
IOS App starts with iPhone 4s layout on greater devices
0
Is there any way to update an old app with Xcode 7 and the iOS9.1 SDK and use the awesome auto scaling for the iPhone 6/6+?
See more linked questions