Proper use of mutexes in Python

I am starting with multi-threads in python (or at least it is possible that my script creates multiple threads). would this algorithm be the right usage of a Mutex? I haven't tested this code yet and it probably won't even work. I just want processData to run in a thread (one at time) and the main while loop to keep running, even if there is a thread in queue.

Edit: re-reading my code I can see that it is grossly wrong. but hey, that's why I am here asking for help.

I don't know why you're using the Window's Mutex instead of Python's. Using the Python methods, this is pretty simple:

But note, because of the architecture of CPython (namely the Global Interpreter Lock) you'll effectively only have one thread running at a time anyway--this is fine if a number of them are I/O bound, although you'll want to release the lock as much as possible so the I/O bound thread doesn't block other threads from running.

An alternative, for Python 2.6 and later, is to use Python's multiprocessing package. It mirrors the threading package, but will create entirely new processes which can run simultaneously. It's trivial to update your example:

I would like to improve answer from chris-b a little bit more.

See below for my code:

In your first run if you set thread_safe = False in while loop, mutex will not be used, and threads will step over each others in print method as below; 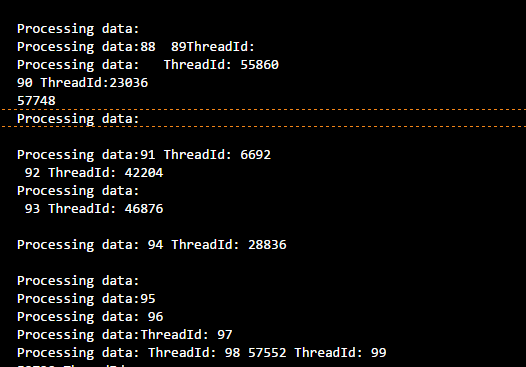 but, if you set thread_safe = True and run it, you will see all the output comes perfectly fine; 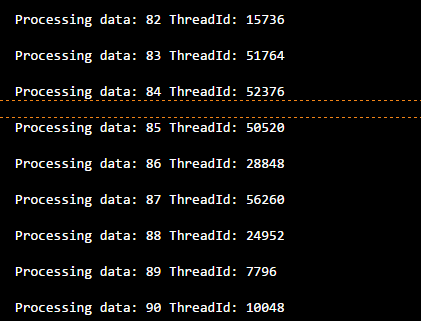 This is the solution I came up with:

You have to unlock your Mutex at sometime...

8
Python threading/multiprocessing don't need Mutex?
5
How to use Queue with threading properly
2
I am testing out threading.Time in this little game I made, but it keeps overlapping
2
How to access windows mutex in python?
0
synchronizing python thread during runtime
0
Python multithread and share class object
0
Printing to console with threading
0
Threading output not coming as expected
0
Sharing session with threads in Django views
1
"lock" resource when user opens and unlocks when he finishes
See more linked questions