The CodeDom provider type "Microsoft.CodeDom.Providers.DotNetCompilerPlatform.CSharpCodeProvider" could not be located

Everything is working perfectly until I changed Build Output path from "bin\" to "bin\Debug\" In fact, any Output path other than "bin\" won't work.

One little additional thing is that, having another output path to anywhere would work as long as I left a build in "bin\".

If your project has Roslyn references and you are deploying it on an IIS server, you might get unwanted errors on the website as many hosting providers still have not upgraded their servers and hence do not support Roslyn.

To resolve this issue, you will need to remove the Roslyn compiler from the project template. Removing Roslyn shouldn't affect your code's functionality. It worked fine for me and some other projects (C# 4.5.2) on which I worked.

Do the following steps:

Be careful of following this answer's advice. While it solves the problem at hand, it might cause different problems at a later date.

I got the same problem. Apparently the .NET compiler was not loaded to the GAC. What I did to solve it was:

Now, for some reason the nice gentlemen in Microsoft have decided not to install it to the GAC for us. You can do it manually by opening the Developer Command Prompt and typing:

Microsoft try to encourage everyone to do everything with nugets which could be fine without the occasional bugs you run into with the nuget system. Try to use the same project on different solutions, accidentally (or not) update one of the many nugets it uses on one of them, and if you are unlucky you'll see what I mean when you try to build the other solution. On the other hand, putting files in the GAC can also cause future problems since people tend to forget what they put there and then when setting up new environments they forget to include these files. Another possible solution is to put the files in a central folder for 3rd party dlls (even though it's strange to call the compiler 3rd party), which creates problems of broken references when setting up new environments. If you decide to install the dll to the GAC, use caution and remember that you did so. If you don't, download the nuget for each project again and bear all the annoying bugs being caused by it (at least used to happen when I finally got sick of it and just placed the files in the GAC). Both approaches might give you headaches and create problems, it's just a question of which problems you prefer to deal with. Microsoft recommends to use the nuget system, and generally, it's better to listen to them than to an unknown programmer in SO, unless you are completely sick of the nuget system and used to deal with the GAC long enough for it to be a better alternative for you.

Just add the next nuget package to your project - Microsoft.CodeDom.Providers.DotNetCompilerPlatform.

Had the same problem.

I have the same problem that my app worked in Vs2013 but getting the error after updating to Vs2015.

I know it's an old thread, but I'd like to point the possible version issue of DotNetCompilerPlatform.dll, f. ex. after an update. Please check, if the new generated Web.config file is different as your released web.config, in particular the system.codedom part. In my case it was the version change from 1.0.7 to 1.0.8. The new dll had been already copied to the server, but I didn't change the old web.config (with some server special settings):

After I update the two lines, the error disappeared. 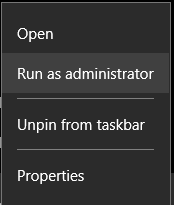 According to your repro steps, I assumed that changing the output path in the application's property was your only change after you created the application. The only thing this change does is that it tells Visual Studio to put the output assemblies of MSBuild into the new folder. At runtime, however, ASP.Net wouldn't have any idea that it should load assemblies from this new folder instead of the \bin folder.

This answer shows the way to change the build output directory of a WebApi application. To get the exact same error showed in that post, you need to comment out the entire <system.codedom> section in web.config. And then you can follow the instructions to change the output path.

After you get your applicaiton work, you may then uncomment the <system.codedom> section. If you don't use C# 6 new syntax in your application at all you can uninstall the Microsoft.CodeDom.Providers.DotNetCompilerPlatform from you application; otherwise, you may want to add the following command line in your post-build event,

The new CodeDom provider always looks for the "\roslyn" folder in \bin. The above command works as a workaround and copies the \roslyn folder from your new output folder to \bin.

In my experiments, the publish tool of Visual Studio, however, published the output assemblies to the \bin folder in the deployment location regardless my output path setting. I guess your application should still work on actual deployment.

You can install or update or uninstall and install this compiler

It stopped after publishing on the production server. The reason why it showed me this error was because it was deployed to a subfolder. In IIS i clicked right on the subfolder and excuted "Convert to application" and after this it worked.

Here's how I resolved it:

Then the problem came back. I uninstalled both Microsoft.CodeDom.Providers.DotNetCompilerPlatform and Uninstall-package Microsoft.Net.Compilers but no help. Then installed - no help. Cleaned project and built no help. Restarted server no help.Then I noticed the project needed not the latest one which is currently 1.0.5 but 1.0.3 as that was the error could not load the 1.0.3 version. So I installed that dll version instead and now it works.

If you are using git, you are probably ignoring the .dll in the commit

ASP.NET does not search bin/debug or any subfolder under bin for assemblies like other types of applications do. You can instruct the runtime to look in a different place using the following configuration:

just uninstall the package from package manager console from command below

and then install it again from nuget manager

You should update the "Microsoft.CodeDom.Providers.DotNetCompilerPlatform" and "Microsoft.Net.Compilers" packages in your project .

I was getting this error because my application pool user was set to ApplicationPoolIdentity. I changed it to a user/service account that has access to the folder and the error went away.

Here are my findings. I also faced this problem today's morning. I just added my current user to application pool on which application was running.

Refresh your application.. and it will start working. There was some security issue for accessing dll.

If you have recently installed or updated the Microsoft.CodeDom.Providers.DotNetCompilerPlatform package, double-check that the versions of that package referenced in your project point to the correct, and same, version of that package:

For some reason, in my case an upgrade of this package from 1.0.5 to 1.0.8 caused the <Reference> tag in the.csproj to have its Include pointing to the old version 1.0.5.0 (which I had deleted after upgrading the package), but everything else was pointing to the new and correct version 1.0.8.0.

Make sure your project has fully built!

And open your bin folder and check to see if it's up to date.

I had a whole bunch of typescript errors that I ignored at first, forgetting that they were breaking the build and leading to there being no DLLs copied in.

Go to inetmgr from start command In IIS manager console choose the application folder under Default Web Site right click on that folder then Convert to Application Run the .asmx file by Enabling It solved the problem

Add a reference to the CppCodeProvider assembly.

In My case my web project was not loaded properly ( it was showing project unavailable ) then I had to reload my web project after opening my visual studio in admin mode then everything worked fine.

If you have been working on a project and this just now popped up as an error. REBOOT your computer (or server in my case) this fixed the issue for me.

I just had the same problem and it was because I moved the project location and simply needed to recreate the virtual directory.

The exception that we ran into was not on the local but on the remote server, the Azure CI was reading it from the packages folder but the compiler versions mentioned above were not found.

It is not referencing any of the packages here directly referencing the environment variables.

This fixed the issue, however in our cases we don't use packages directly from "package.config" instead we have a separate folder to maintain version integrity across teams.

Check whether the BIN folder is uploaded completely or missing in the files.

Regarding this error I've tried:

While these all seem to be valid solutions, I was only able to generate new errors and in the end, the error seems able to display when certain references/nugets are missing.

In my case, I had recently reinstalled Microsoft Office and was referencing assemblies like Microsoft.Office.Core. The new install didn't seem to include the required packages, which made it so my solution couldn't build correctly.

I was able to solve this issue by reworking my code to the point where I didn't need to reference Microsoft.Office, but could've solved it by looking up the required packages and installing them accordingly.

Seems like an unclear error message from Visual Studio.

Not the answer you're looking for? Browse other questions tagged c# asp.net asp.net-web-api msbuild or ask your own question.

814
The located assembly's manifest definition does not match the assembly reference
834
Metadata file '.dll' could not be found
1814
How Do I Remedy "The Breakpoint Will Not Currently be Hit. No Symbols Have Been Loaded for this Document." Warning?
584
The request was aborted: Could not create SSL/TLS secure channel
923
How do you set the Content-Type header for an HttpClient request?
439
Entity Framework Provider type could not be loaded?
53
Web Application Build Error: The CodeDom provider type Microsoft.VisualC.CppCodeProvider could not be located
1086
Could not find a part of the path ... bin\roslyn\csc.exe
18
The CodeDom provider type "Microsoft.CodeDom.Providers.DotNetCompilerPlatform.CSharpCodeProvider ..." could not be located