Why regular expression .* is slower at one place and faster at other

One thing I noticed that using .* properly can significantly improve the overall performance. Primarily, using .* in between, or better to say not at the end of the regular expression is performance kill.

For example, in this regular expression the required number of steps is 27:

If I change first .* to \s*, it will reduce the steps required significantly to 16:

However, if I change second .* to \s*, it does not reduce the steps any further:

I have few questions:

The way regex engines work with the * quantifier, aka greedy quantifier, is to consume everything in the input that matches, then:

Since . matches anything (almost), the first state after encountering .* is to move the pointer to the end of input, then start moving back through the input one char at a time trying the next term until there's a match.

With \s*, only whitespace is consumed, so the pointer is initially moved exactly where you want it to be - no backtracking required to match the next term.

Something you should try is using the reluctant quantifier .*?, which will consume one char at a time until the next term matches, which should have the same time complexity as \s*, but be slightly more efficient because no check of the current char is required.

\s* and .* at the end of the expression will perform similarly, because both will consume everything at the end f input that matches, which leaves the pointer is the same position for both expressions.

The following is output from the debugger. 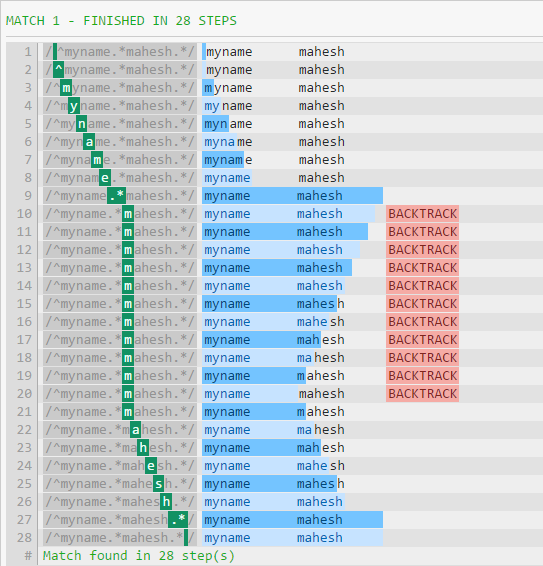 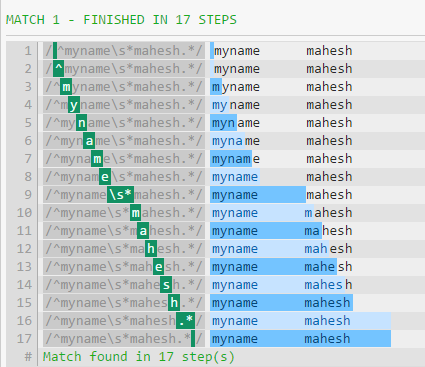 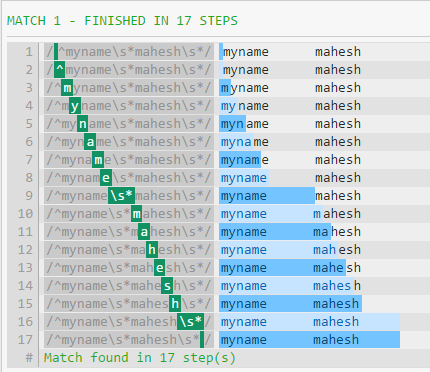 The big reason for the difference in performance is that .* will consume everything until the end of the string (except the newline). The pattern will then continue, forcing the regex to backtrack (as seen in the first image).

The reason that \s and .* perform equally well at the end of the pattern is that the greedy pattern vs. consuming whitespace makes no difference if there's nothing else to match (besides WS).

If your test string didn't end in whitespace, there would be a difference in performance, much like you saw in the first pattern - the regex would be forced to backtrack.

You can see the performance difference if you end with something besides whitespace: 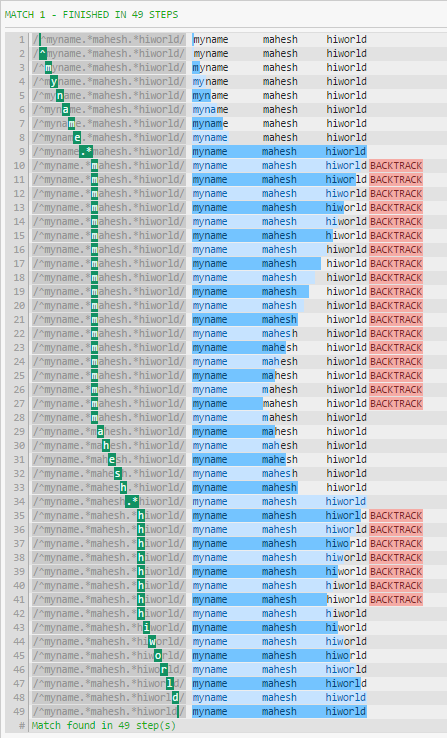 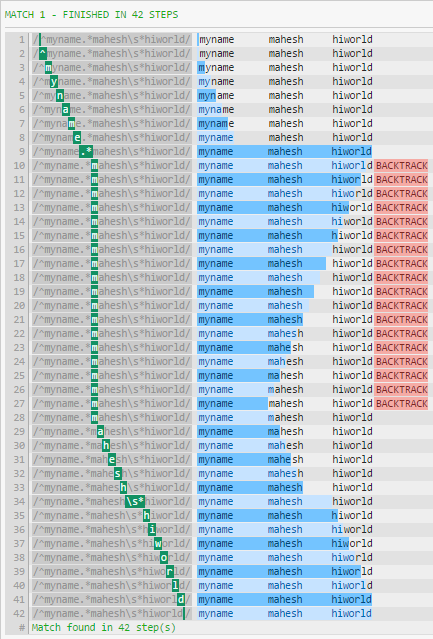 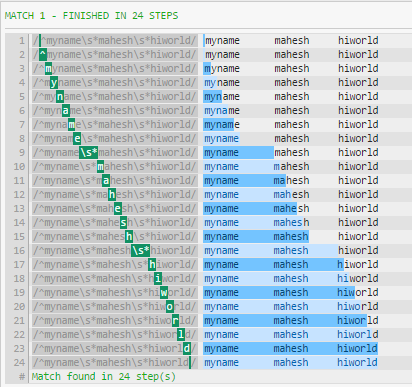