I'm having issues building a phonegap project which is deleting the cordova plugins directory on build.

A colleague has started an existing Phonegap project on his machine, versioned controlled it (via git) and has successfully run a 'phonegap build', which builds fine. When run in xcode on his machine, it runs run in the emulator as expected.

On my machine, I installed xcode, phonegap, cordova. I imported the project via git and opened this in xcode. On the CLI I changed directory to the project root directory and ran 'phonegap build'.

At this point, the '../www/plugins' directory is deleted. The build reports successful, but running this in via xcode dies at this point. Running via xcode before my local compile works fine.

I've attached a copy of my changed tree (M=modified, D=deleted). I'm at complete loss to this having searched and not found this issue reported anywhere. I'd appreciate any help. 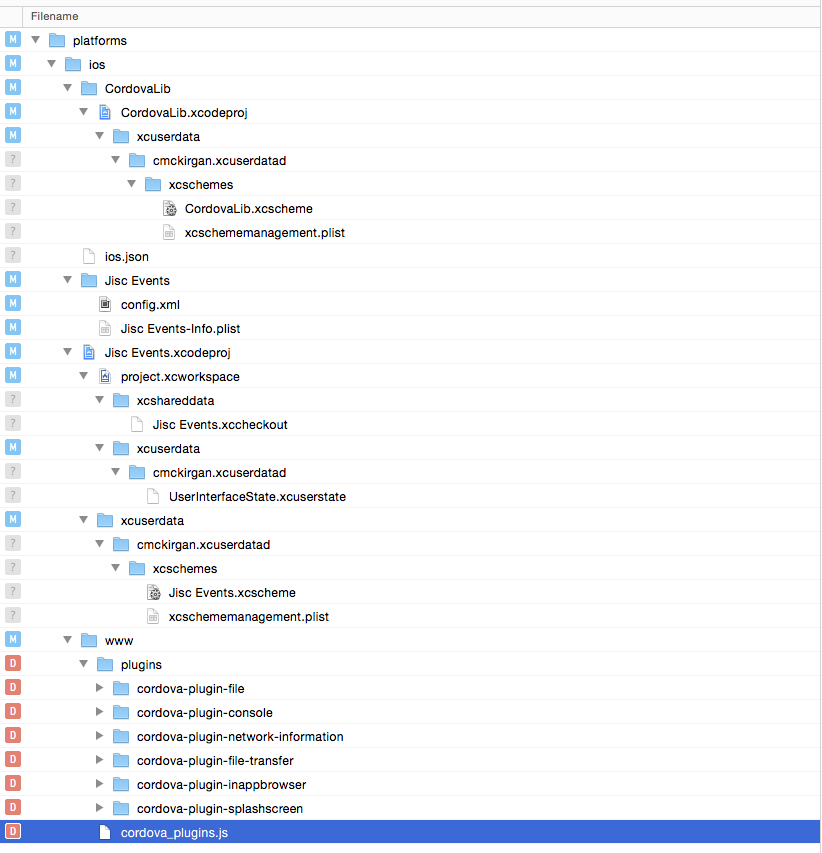 The plugins directory should not be located in www. It should be located at the project root. As mentioned in the Cordova Github readme: https://github.com/apache/cordova-cli

Your build system is probably removing everything under www when you build your project.

Not the answer you're looking for? Browse other questions tagged ios xcode git cordova phonegap-plugins or ask your own question.