In Firefox, how do I see HTTP request headers? (where in web console?)

Things that haven't worked for me so far:

Looking at web console functionality in Firefox (I may be blind)

Tried a couple expired addons in Firefox (there's a fix claimed but I doubt it works yet - search for addons at mozilla.org

Open the Developer Tools. Select the Network tab. Click on the item you wish to examine the headers for.

You won't see any meta tags though since they are not HTTP headers but are part of the HTML document that could be delivered in the response body. 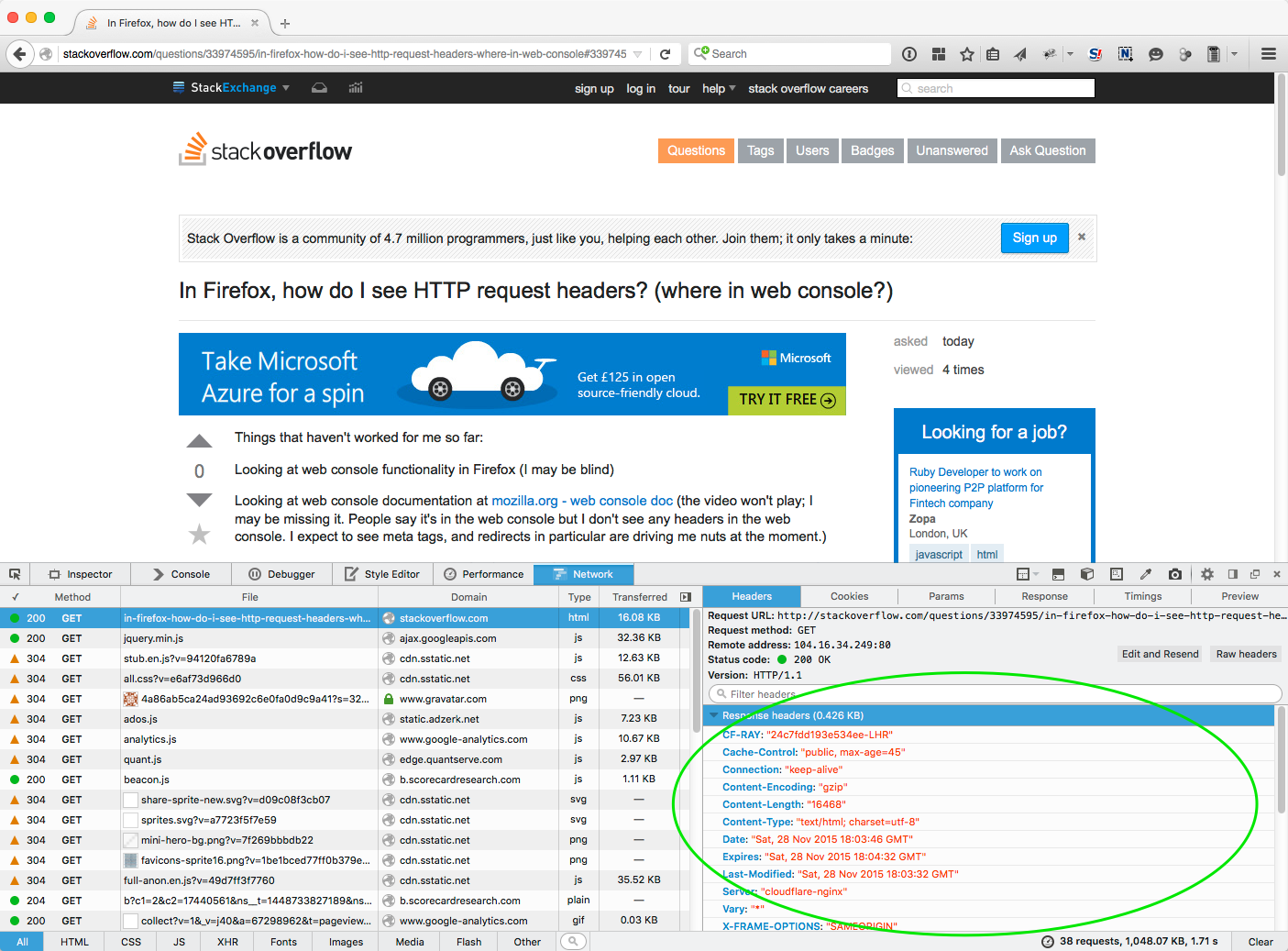 Not the answer you're looking for? Browse other questions tagged firefox http-headers or ask your own question.

7
How to prevent users from going back to the previous page?
0
why does 'location' header field redirects immediately and other header fields don't when used with header() function in php
0
How can the code make scroll? What should I add to my code?
0
HTML Form Post Method to PHP: $_POST Empty

1669
How do we control web page caching, across all browsers?
562
How to encode the filename parameter of Content-Disposition header in HTTP?
430
Accessing the web page's HTTP Headers in JavaScript
1621
How to send a header using a HTTP request through a cURL call?
1215
Custom HTTP headers : naming conventions
568
View HTTP headers in Google Chrome?
1227
How to manually send HTTP POST requests from Firefox or Chrome browser?
804
Are HTTP headers case-sensitive?
424
Access Control Request Headers, is added to header in AJAX request with jQuery
344
What is http multipart request?