How to "pull request" a specific commit

I've got a specific commit which I would like to contribute to a repository I have forked on github. I assume the mechanism to do so is a "pull request". However when I try this I can only pull request my whole branch. I do not wish to pull request the other commits as they are not relevant. Any idea how I can do this. 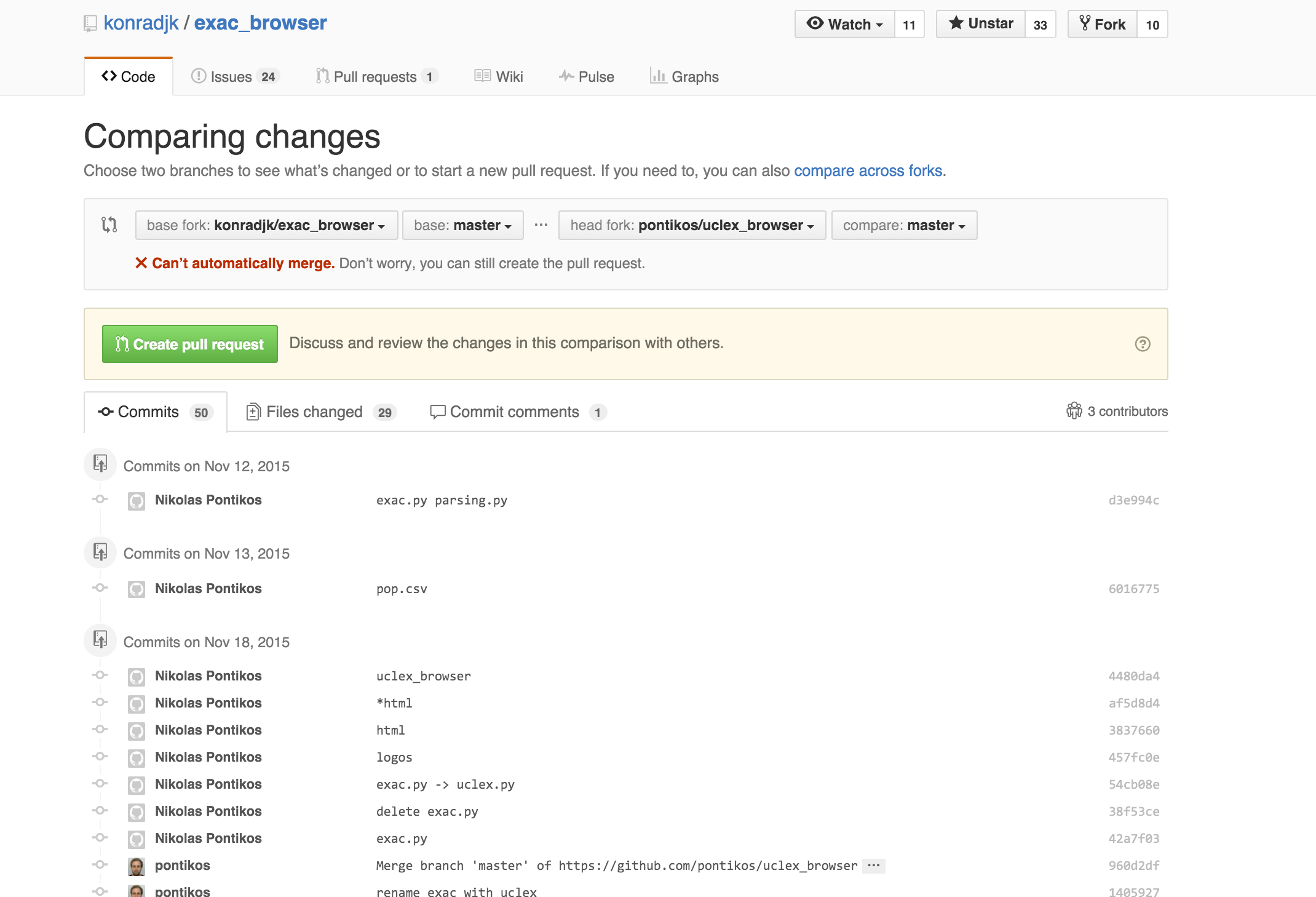 The last commit b50b2e7 is the only commit I wish to pull request. Anyway I can do this or are all commits dependent on each other?

Create a new branch with just that change:

Then create the PR from that branch.

I had the same error of alwaysCurious, so I did a little digging. 1

You're working on a project, you use a separate branch (feature) for your committed changes (D-E-F-G) and you want to create a pull request. However you want only some of the commits to be included in the pull request (E and F)

The procedure here is the one from Joseph's answer

Now this is how it looks:

Cherry-pick your specific commits and push the changes:

After fixing any conflict this is where you'll get:

If instead you just want to apply all the consecutive commits up to the last one (or two or three) you can just branch out at the specific commit. For instance here I just want the commits up to E and not the subsequent ones:

The last procedure can also help you if you just applied consecutive changes to master without using a specific branch for them and now you want to cherry-pick them after. This is relevant if you've forked a project at C and proceeded on master with the other commits. Here I am adding an asterisk to signal that new changes are happening on the fork:

What you shouldn't do is:

In this case you're trying to branch out the master at G* and cherry picking the previous commits will get you the warning:

The previous cherry-pick is now empty, possibly due to conflict resolution.

since you're adding the same old commits on the new branch.

What you should do instead is:

After this you're ready to make a pull request with only the selected commits.

I'm not familiar with cherry-pick and had a problem when I tried Joseph's approach (something about the cherry-pick being empty). I found a work-around that seems to have worked well:

You can now select this branch in GitHub and create a pull request.