I've installed JRE 1.8 on MacOS X 10.10 from the official Oracle site. The file I've installed was jre-8u66-macosx-x64.dmg. To my surprise, the java command says I need JDK for it to work.

Is there a way to execute a jar from the command line on Mac without JDK? If not, what options for running Java code are there (other than browser applets)?

EDIT: when invoking java -v from the command line, I get the following output:

and an alert window, which says:

To use the "java" command-line tool you need to install a JDK.

One more data point: the folder /Library/Java/JavaVirtualMachines is empty. Instead, there's stuff under /Library/Internet Plug-Ins/JavaAppletPlugin.plugin/Contents/Home. It even has a command-line java under /bin/. Running it with -version gives:

I wonder if I can somehow leverage that one for CLI..

In the case a re-install does not fix the problem, you could set $JAVA_HOME to the location java is installed:

After that, java -v should work, but you'll have to do it for every new terminal window, or add it to .bash_profile or other file depending on the shell you use.

The SDK provides a Java install that includes OS-specific libs that are not included for the applet runner. I suppose some subset of Java apps and applets might run ok from the command line, but the applet plugin provides different services.

This has annoyed me for years, since now and again I need a Java environment, but most of the time would prefer to have no trace of it on my system. Even when I do have the browser plugin installed, it's usually disabled.

When you get this message and you already have the JDK installed or no JDK installed, it is often the case that the application you are using requires a previous version of the SDK. 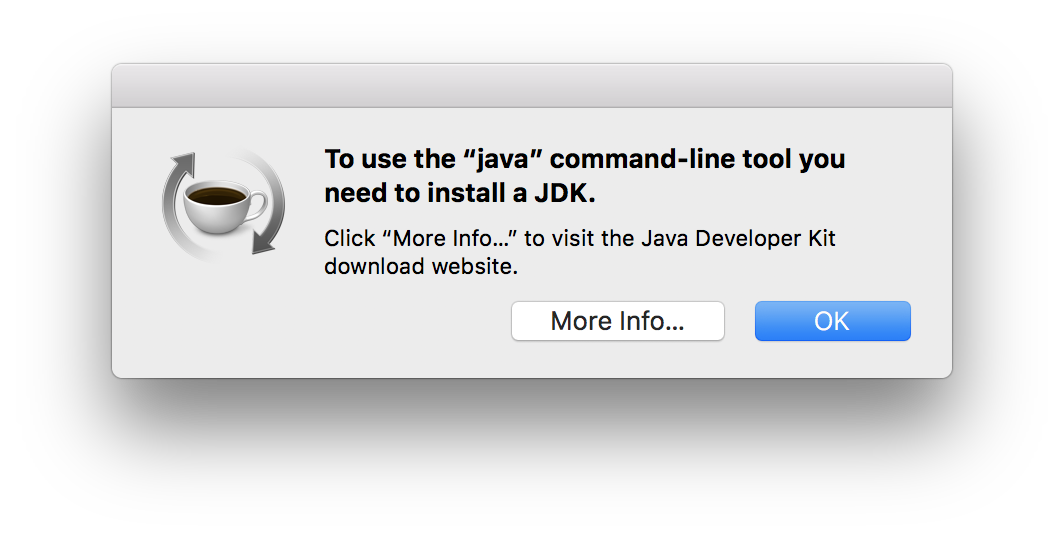 From this page on Java.com:

This is most commonly because an application requires the legacy Java 6 provided by Apple. For the solution to this issue, see http://support.apple.com/kb/DL1572.

It redirects to a page on Apple's site to download and install the previous version. 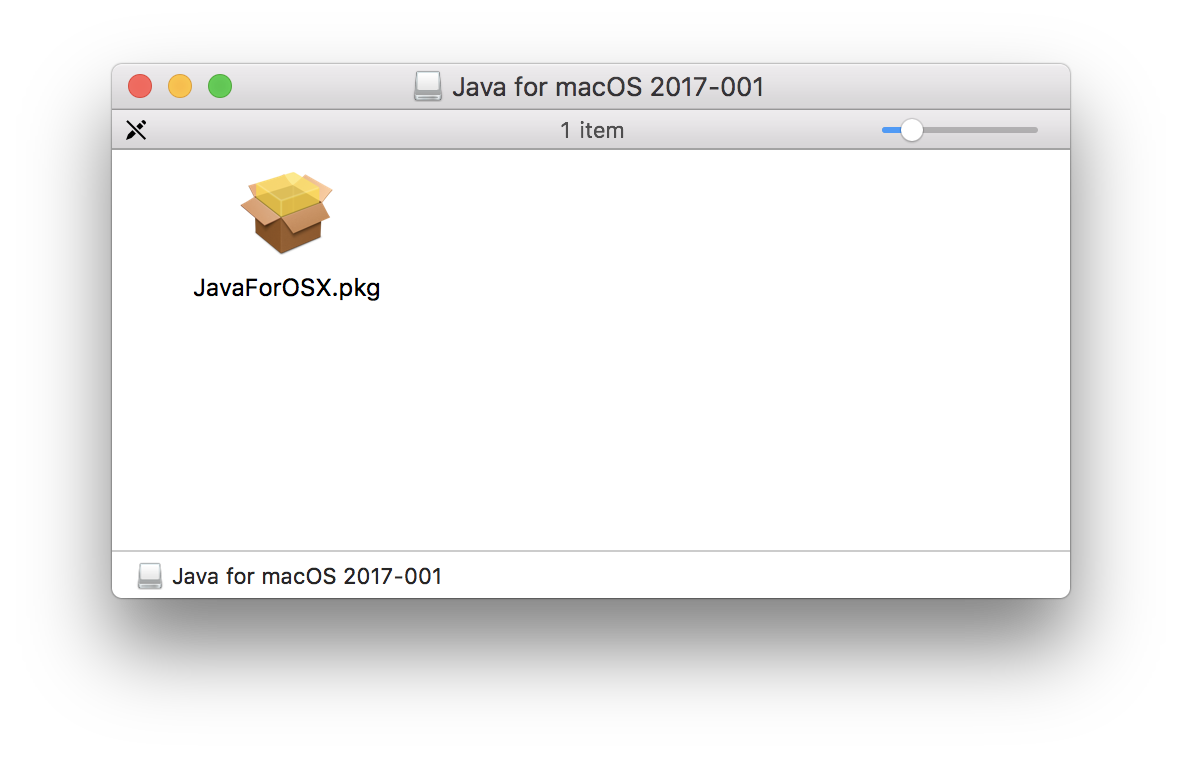 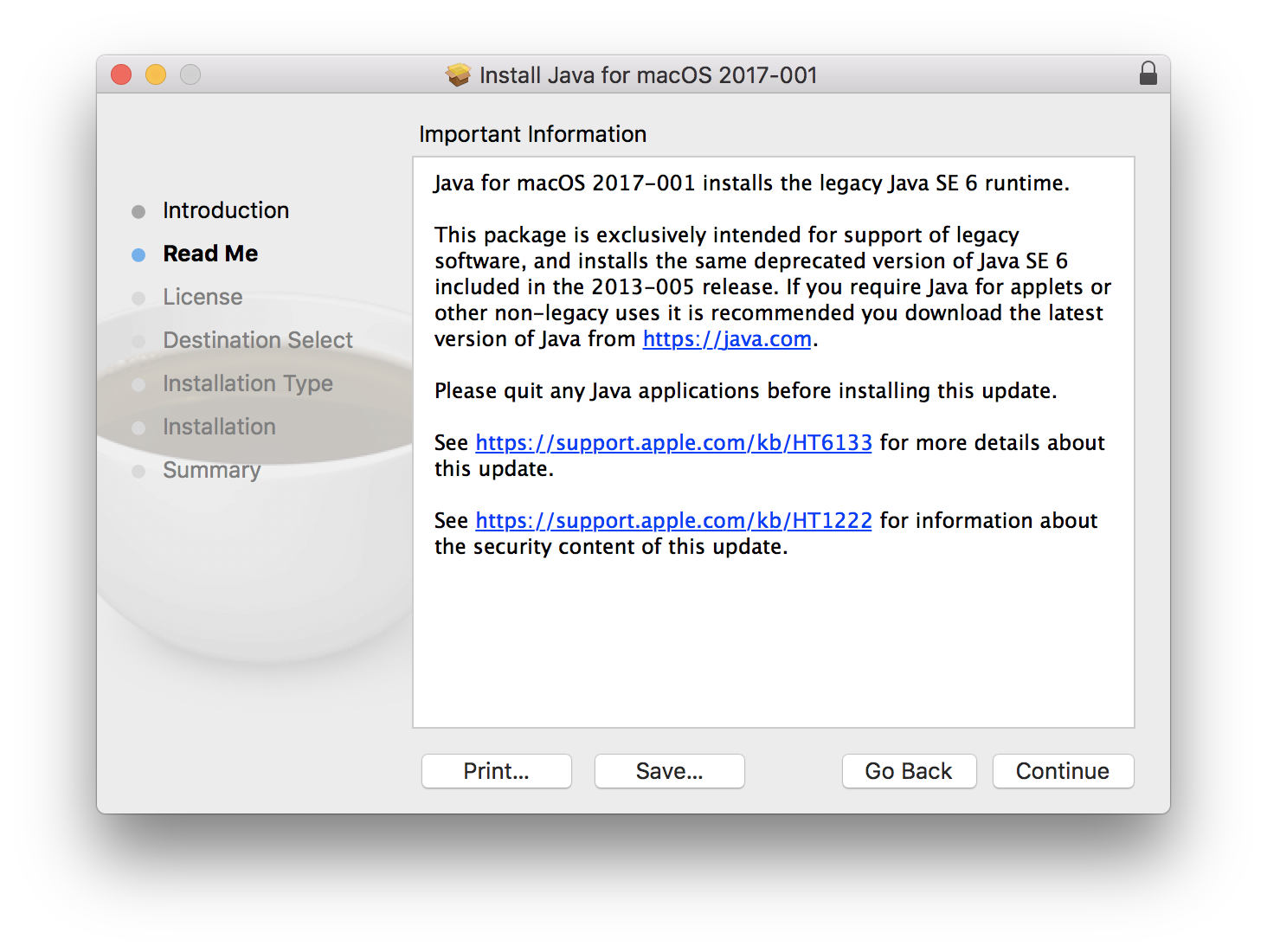 Not the answer you're looking for? Browse other questions tagged java macos or ask your own question.

3957
What are the differences between a HashMap and a Hashtable in Java?
7039
Is Java “pass-by-reference” or “pass-by-value”?
4188
Avoiding NullPointerException in Java
4324
How do I read / convert an InputStream into a String in Java?
3289
When to use LinkedList over ArrayList in Java?
3722
How do I generate random integers within a specific range in Java?
2933
Initialization of an ArrayList in one line
2152
Find (and kill) process locking port 3000 on Mac
3421
How can I create a memory leak in Java?
1134
How to install Java 8 on Mac