How to start MingW Console (GitBash) from Command Line on Windows?

I'm trying to automate my work environment set up using a batch file. I'm stuck at a point where I am not able to start the MingW64 Console from command line.

start "" "%ProgramFiles%\Git\bin\sh.exe" --login works fine but it seems to open a different shell window than that I am looking for. I'll explain this with pictures.

What it opens is a default cmd style window with bash integrated. This window isn't even resizeable 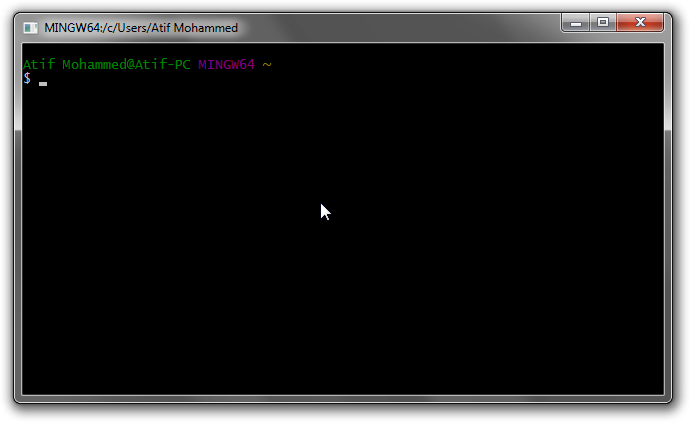 What I want is 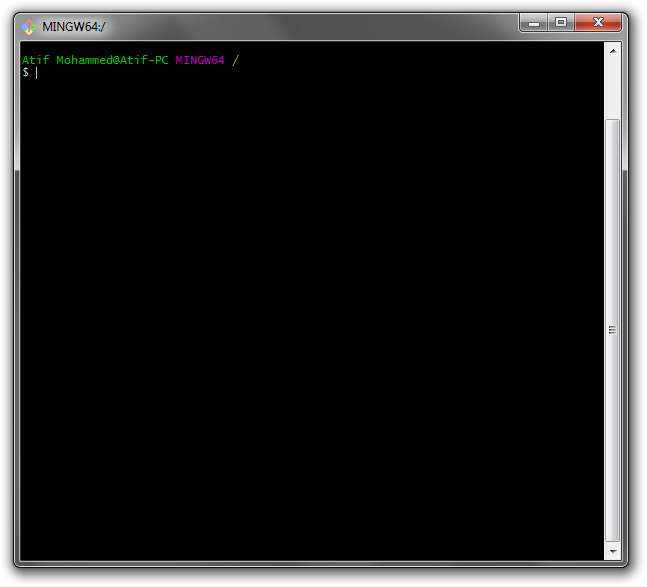 I was trying to use the command start "" "%ProgramFiles%\Git\git-bash.exe" --login -i -c /bin/bash but it seems to quickly close the shell after opening it. If I execute the same file from explorer, the shell doesn't close automatically.

Here is my full batch file for reference

git-bash.exe -i -c "/bin/bash" seems to work better.
This issue illustrates various other ways to call git-bash.exe, but concludes:

That however only opens a session in the current cmd, while git-bash.exe opens a new windows.

Combined with this question (to open a new console) and this one (to avoid two CMD windows), I would use:

The OP Atif Mohammed Ameenuddin reports in the comments this as working fine:

Not the answer you're looking for? Browse other questions tagged windows batch-file command-line git-bash or ask your own question.

188
BAT file: Open new cmd window and execute a command in there
125
Windows XP or later Windows: How can I run a batch file in the background with no window displayed?
1
Cant run shell script using Git Bash interface on Windows10