It shows that the App service plan has no connected apps and no pricing tier, but I still can't delete it:

And when I try to click on the plan to see its details, the portal goes into an infinite loading state and nothing else happens: 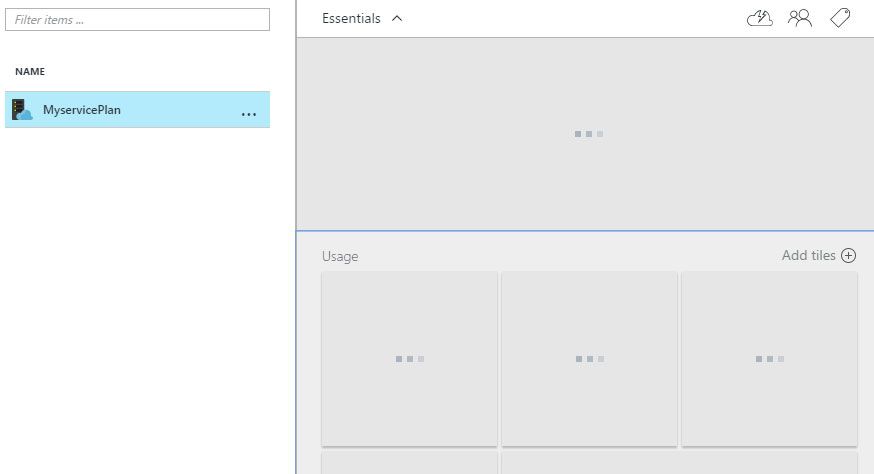 Can anyone help me solve this problem?

I had a similar issue. The app service plan couldn't be deleted, but I wasn't able to access is properly from the Azure Portal. I managed to remove the plan like this:

If you delete the ResourceGroup it is located in, it will dissapear. 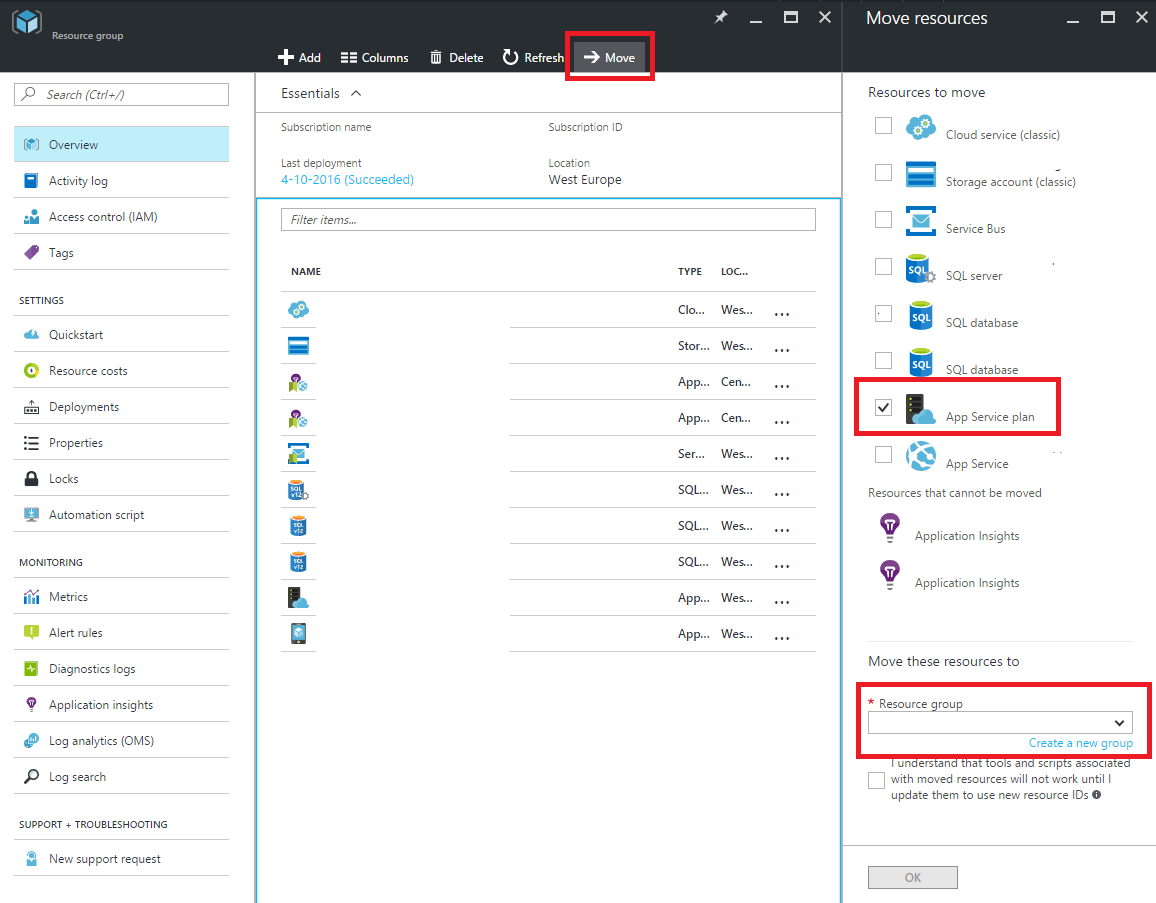 Once I had a WebApp in an App Service Plan (only one). There was some problem with the Aplication, and it was consuming all the CPU of the plan. I then moved the WebApp to another plan. It started to consume all the CPU (~100%) in the new (destination) App Service Plan.

After moving the app, in Azure portal, the original App Service Plan appeared as having "0 apps, 0 slots" (empty), yet the CPU was still around 100%. Weird!

Azure wouldn't let me remove that empty origin App Service Plan, telling me to first remove all the App it contained (which should be none).

My trick here was to Scale Down that original App Service Plan. It was Premium, and I scaled it down to Free. When you scale up/down, Azure migrate deploys your app on a new set of machines. That is the stuck process would then forcely disappear. No new process was spawned on the new machine, as Azure had no account of any app being deployed on that App Service Plan anyway :)

Once scaled down to Free, I was instantly able to remove the empty plan.

So, in case you have any such problem, scale Up or Down the plan. It will assign new VMs, with no remaining processes nor new app process (as no apps are registred to the empty plan!)

Make sure no Resource Group is attached to the Service Plan.

I had the same issue and below fix worked for me.

I have just delete a service plan right now without issues.

Looks like any transient situation in azure Web Apps, try again/verify in a few minutes.

If the problem persist you can create a support ticket here: 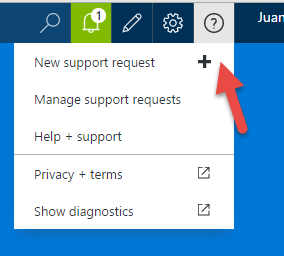 After deleting the Recourcegroup, it's no longer possible to rech the Service Paln over the portal!

If you don't have some Important things running on them, you can cancel the subscription. Home --> Subscription --> Cancel subscription.

That stops everything and all billing costs.

I had the same problem, also tried the script which executed without errors. In the end I pressed F12 to bring up the browser dev-tools, checked "disable cache" in the network tab and refreshed the web page with the service plans. And it's gone :)

Not the answer you're looking for? Browse other questions tagged azure azure-app-service-plans or ask your own question.