I'm new to Swift and am struggling with an error after I have (possibly) correctly installed a 3rd party framework via CocoaPods.

The error is as follows.

As far as I can gather from other forums and seemingly obvious is that I have to remove one of the files being used twice. However I can't see where they would be installed twice. If I remove the file from the /Controllers folder the error becomes 'file not found' etc.

So my question is, where would these conflicting files be located and how do I safely remove one of them? Or is it more that there is only one file but it is being used twice - in which case how do I stop that?

Ok I feel that comments are getting lost so am clarifying here to see if can trigger an answer as not been able to build and run this since yesterday.

I now have only the swift files in the Pods->Pods/MainController folder.

When I build I get a file not found. However the file it is looking for is in App->Controllers folder which is where I deleted it from. If I put the file in there I get the 'used twice' error.

So how do I stop it trying to find the file in the Controllers and look for it in the Pods?

Check the file is not included twice in the target's "Build Phases" "Compile Sources" settings. It can happen when you merge project.pbxproj.

If this is core data related and you are not having Xcode generate the entities for you at build time (you created them manually yourself), and you are experiencing this issue, chances are that you didn't check update the entity in the .xcdatamodelld file. What happens is that Xcode will create a duplicate class of your existing class, since you told Xcode to generate the entity at runtime.

In the Data Model Inspector change "Module" to "Current Product Module", and "Codegen" to "Manual/None". 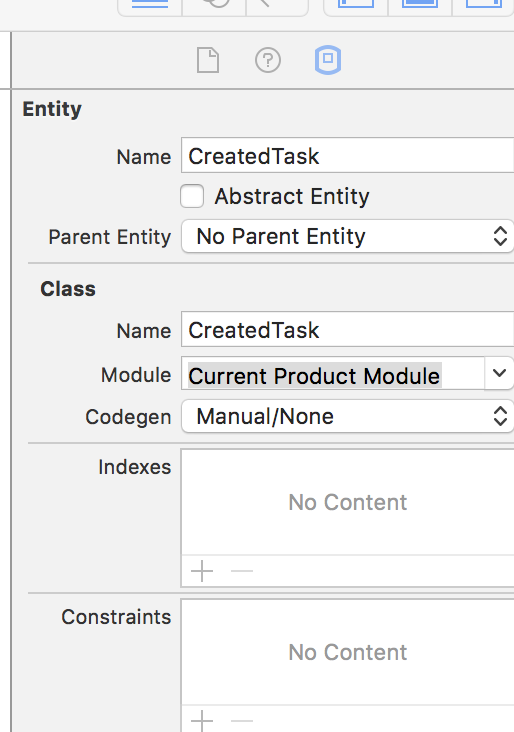 I came across this issue by remove the used twice file from Compile Sources as below image. Selected the file, and click the -. Then clean and build.

Try to search, if you have added same ViewController - MainController.swift twice.

If not, then search class MainController in codebase.

Regarding Pods, it is preferred to use all Pods as frameworks,

So try using 'use_frameworks!' in your Podfile, and then from terminal reinstall the pods "pod install".

The main idea is... yes, check for duplicated classes. But in my case I had none. I had a big project, added WatchKit, lots of stuff and at some point I had a "duplicated" class. I removed the duplicate but the problem remained. To fix it I did this:

To check if file is included in compile sources twice without scrolling through hundreds of flies do this:

This can be in your project.pbxproj when you make merge with github or similar tool.

This can be fix opening the project.pbxproj in your favorite text editor and removing the duplicates declarations.

Hope that fix your problem.

I would add on to Josh O'Conners answer in that making the changes he recommended was the root of my problem. I did have to clean the build folder by hitting shift-option-command-k to complete the fix.

It helps for me.

I just ran into this issue myself. It was the first time that I was adding a new target to a project.

When you're adding a new target you should click on an existing target and attempt to DUPLICATE it.

You shouldn't create the target from the same template. As that would add a new AppDelegate, ViewController, SceneDelegate, plist, Main.Storyboard and Assets. It would basically add everything that template gives and your project now has 2 of each of those fails. If you then go and add the target to the existing AppDelegate then you'll get the error mentioned. The fix is to:

If you duplicate, then all you get is a new target and a plist. Once you get those then for every existing file you need to go in its file inspector and add the new target to the list of its targets.

I resolved this twice filename issue with change of Project settings

Here i have attached for project setting changes.

Hope it will help !!