How do I install gradle on Windows 10?

I tried some ways with the path thing, but it did not work. When I edit the path in the System variables it opens up all the paths, not like in tutorials, where I should just put the ;%GRADLE_HOME%\bin at the end. 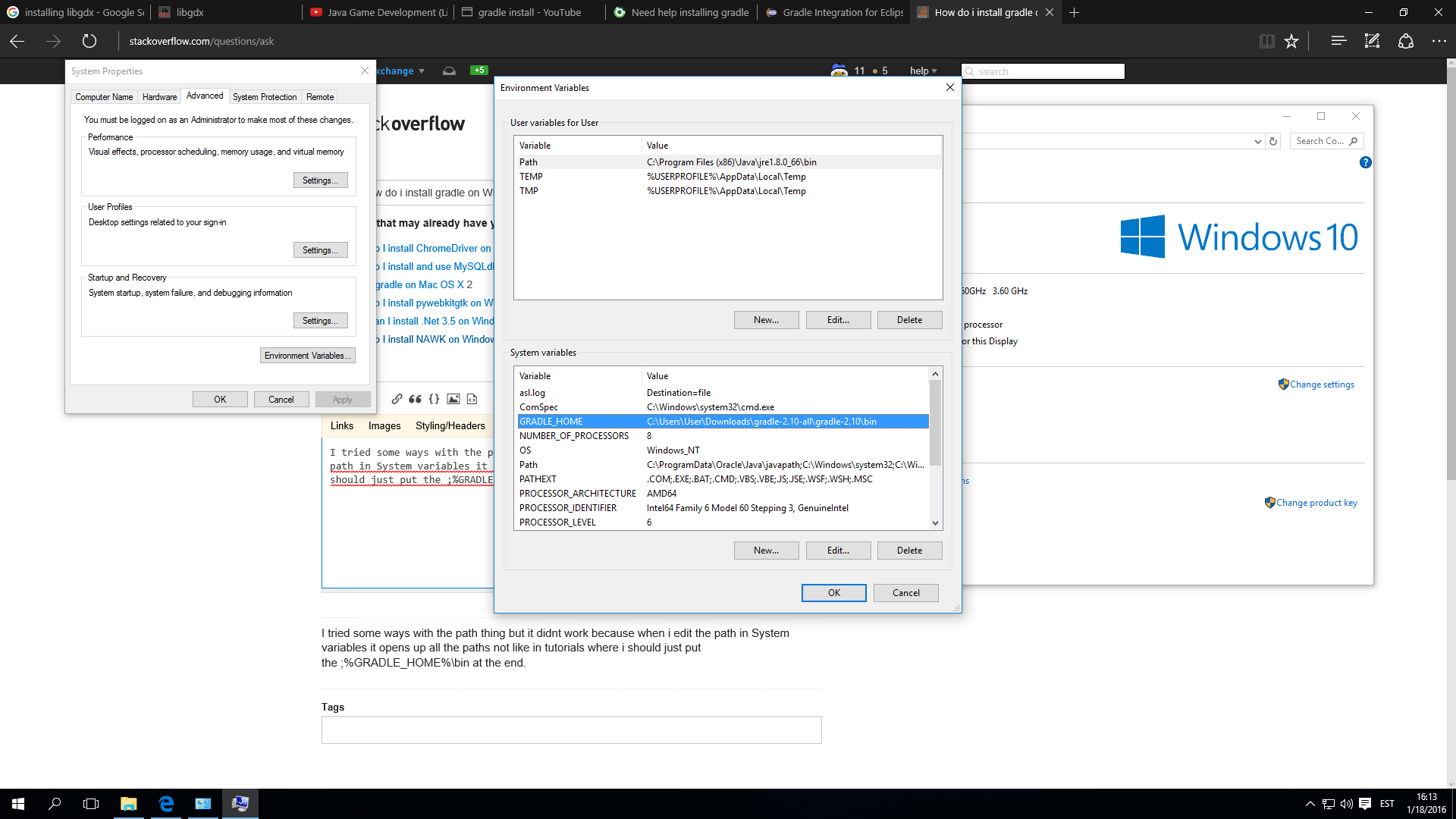 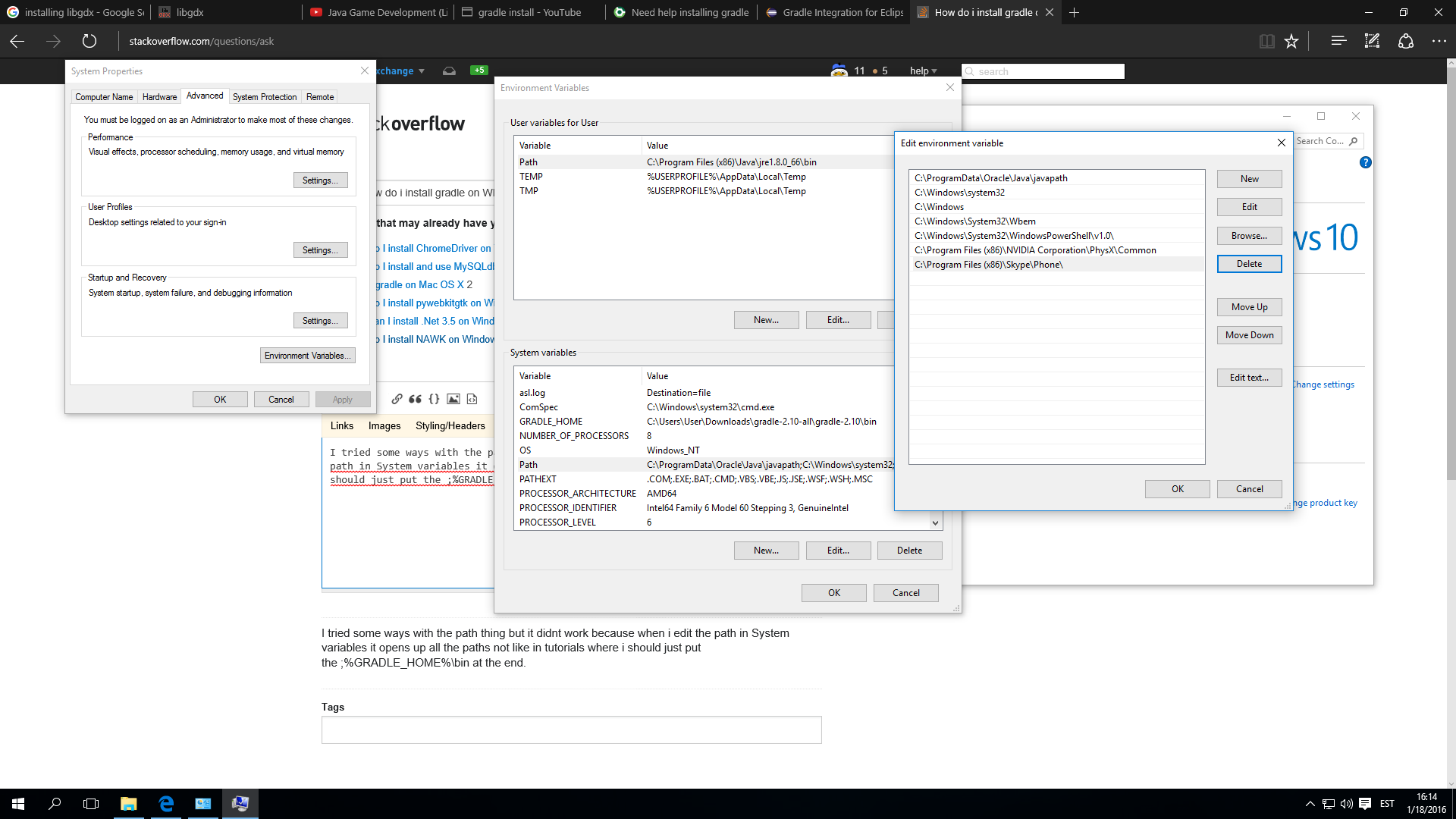 Download Gradle and unzip it to where you want it installed.

Then in Windows Search, search for "System" and then select: System (Control Panel)

Then click New button under user variable and add GRADLE_HOME to variable name and path pointing to the root directory of unpacked files from the Gradle to variable value. 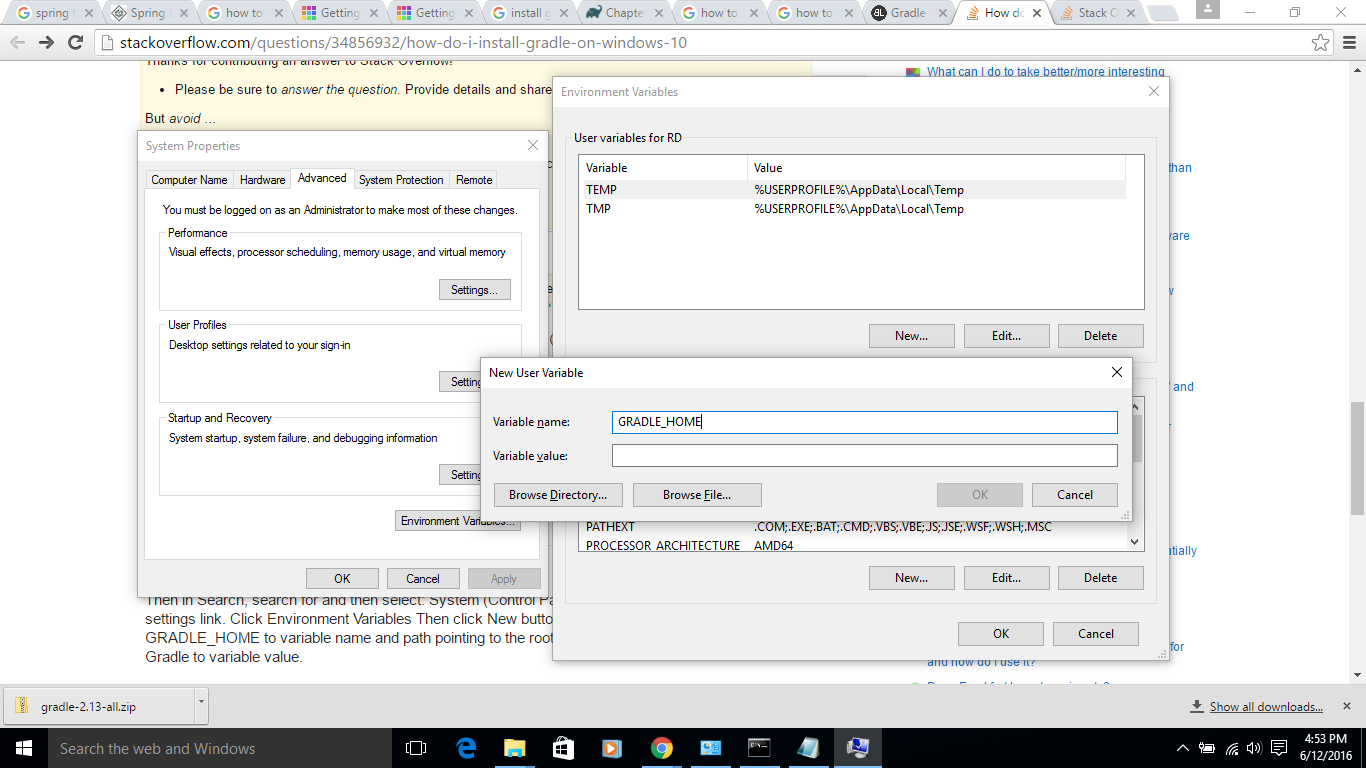 In System variable section select Path and then click the Edit button. In next window click New button and add path pointing to the bin directory of unpacked files from the Gradle. 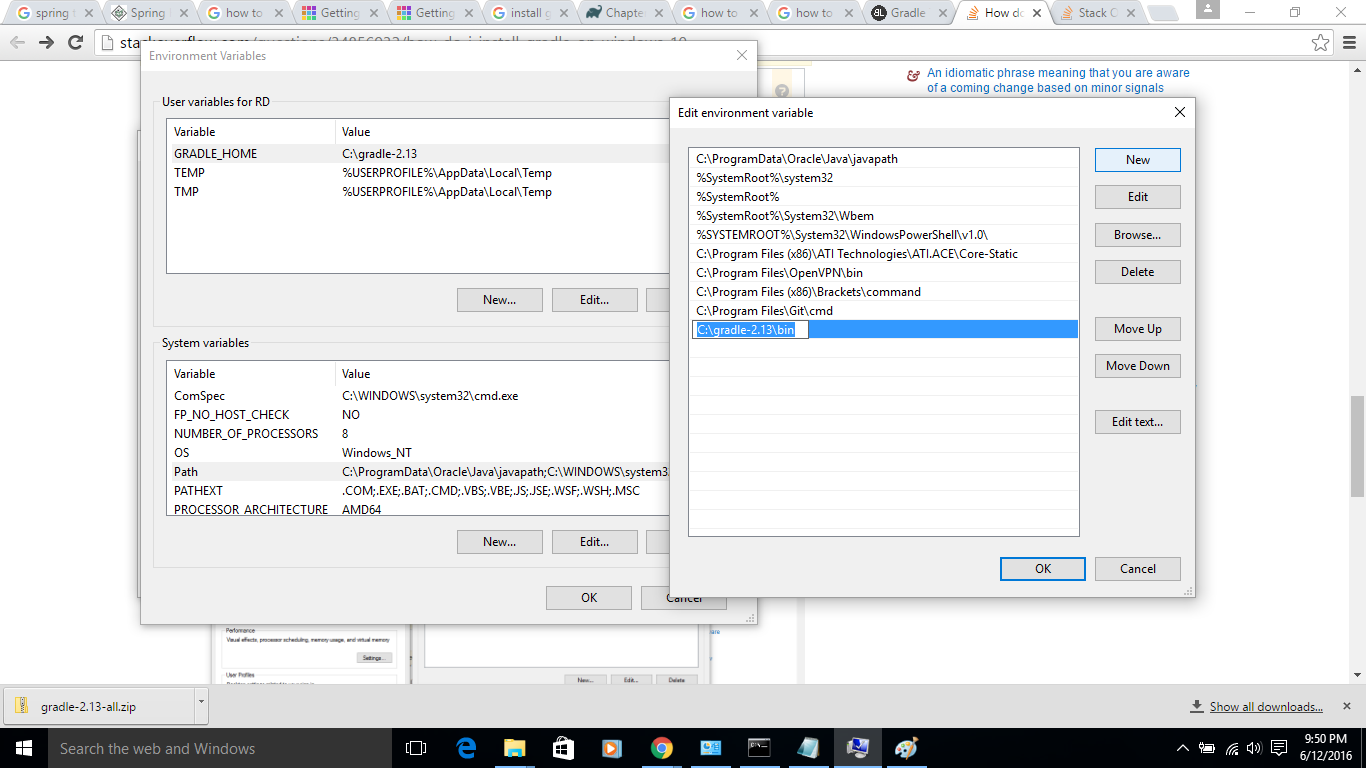 If you are window user then Scoop will be the best option to installs the tools you know and love. Scoop is simply a command line installer.

But first you need to install scoop using powershell command

Note: if you get an error you might need to change the execution policy (i.e. enable Powershell) with following command

Download Gradle and unzip it to where you want it installed. Then open your USER variables window for your user (similar to what you show) and create a GRADLE_HOME variable with a path pointing to the root directory of your downloaded Gradle distribution. Then add it to the PATH in your USER variables with something like:

Notice that I have prepended the existing PATH variable onto the new one. You don't want to remove what's already there. Also, your image shows something else added to the path. You will want to add that on to the line above, something like:

So that it won't be lost either.

This is what I have done on Windows for years. Other options are to use something like http://sdkman.io/; however, that requires extra work on Windows since it's really meant for OSes with a real terminal.

In case you're here and none of these answers "helped", try restarting the shell program. I just spent more than an hour and I just had to restart my console window to do the trick.

choco install gradle in shell/cmd.
of course, you gotta install the chocolatey first from here

Chocolatey - the package manager for Windows.

Not the answer you're looking for? Browse other questions tagged gradle or ask your own question.

1
Error: Could not find an installed version of Gradle either in Android Studio, or on your system to install the gradle wrapper
0
'gradle' is not recognized as an internal or external command when trying to build jar file

776
Gradle build without tests
910
How can I force gradle to redownload dependencies?
1416
What is Gradle in Android Studio?
580
How to create a release signed apk file using Gradle?
0
Gradle not able to install properly
708
Using Gradle to find dependency tree
564
How to run only one unit test class using Gradle
526
How to clear gradle cache?
1232
What's the difference between implementation, api and compile in Gradle?
2
Why set environment variable for GRADLE (Android Studio)?