Assembly binding redirect does not work

I'm trying to set up an assembly binding redirect, using the following app.config:

I'm running the program on a machine with version 9.0.242.0 in the GAC, with the specified public key token. The CLR doesn't seem to be even trying to redirect the binding to use that version though.

Here is what I get in fuslogvw.exe:

From what I understand the whole point of redirecting a binding is to use a version that does not match that which the program was built with. Am I completely missing something here? Is what I'm trying to do possible, and if so, any idea of why it's not working?

Any typo in configuration xml can be a cause. Loader just can't see your configuration. I also had a hour of headache until I realize that the error was in character "=" instead of "-" in schema name:

Make sure your <configuration> tag has no namespace attribute. Otherwise any <assemblyBinding> tag will be ignored.

I encountered assembly binding redirect not working, because of a missing namespace on the assemblyBinding element.

in my case, i had to remove the

I've had similar issue where moving bindingredirects to Machine.Config was the only thing that worked. That was not ideal solution in my winform app because I distribute my app to clients.

Make sure .config file is in the directory where your application is running from. e.g. if your AppName is "MyApp" then Redirects should be in "MyApp.exe.Config" file in application directory.

I had to do this even if the code that uses third party dlls is in different dll in my solution and adding .dll.config didn't help.

My problem was solved when I moved binding redirection configuration to machine.config file.

One additional solution for those that are also struggling

Ensure that each <dependentAssembly> only has one <assemblyIdentity> and one <bindingRedirect>. In my scenario, I had two in one, which was causing a cascading failure of multiple binding redirects

This meant that instead of my SimpleInjector binding to 4.4.2.0 it was binding to 5.2.3.0 which resulted in the error telling me it couldn't bind System.Web.Mvc properly, masking the true issue

Thank you so much for the answers, especially the one from Shrike. I had one application that worked in development, but not in the deployed version. When I looked more closely, I had this in production, which did NOT match development:

dependentAssembly xmlns="" was the culprit. As soon as I compared mine to your answer, and fixed that, it was working. Thanks for the help

If you install Visual Studio 2017 without the ASP.NET development tools part, it will still load a web project and compile and build it. It will just give warnings about the NuGet package versions because it doesn't know what to do with the web.config file and therefore can't see the binding redirects.

Fixing the install fixed my problem but it took forever to figure out. 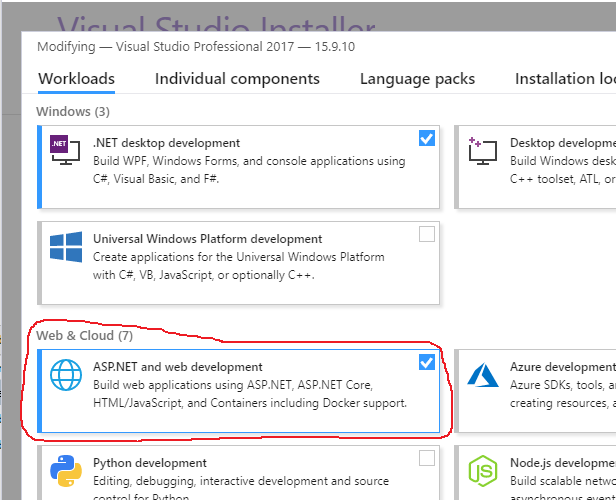 Eccentric password policies can also cause the assemblyBinding items in the config to be ignored. Characters like '&' and '^' are apparently not allowed in a config file. The XML tools in Notepad++ revealed this to me after some hours of fiddling with the Assembly Binding Log Viewer.

I had identity impersonate set to true, changed it to false and worked for me

I'm trying to provide a checklist along with tools to solve the problem.

Well, in my case I had the dependentAssembly node outside of the assemblyBinding node. Bad copy pasting.

Even if culture="neutral" (or whatever its value is in your case) doesn't appear in some answers here and somewhere else too, in my case it was paramount: when I added it, everything worked out well.

The poster never said what his problem was, so try this too.

I had the same assembly listed twice, once from a couple of years earlier redirecting to an older version. Only one mention of the assembly allowed!

Not the answer you're looking for? Browse other questions tagged c# .net binding assemblies reference or ask your own question.