I am starting a spark cluster on AWS, with one master and 60 cores:

Here is the command to start up, basically 2 executors per core, totally 120 executors:

However, in the job tracker, there is only 119 executors:

I thought there should be 1 driver + 120 worker executors. However, what I saw was 119 executors, which including 1 driver + 118 working executors.

By using the cluster-mode, the resource allocation has the structure shown in the following diagram. 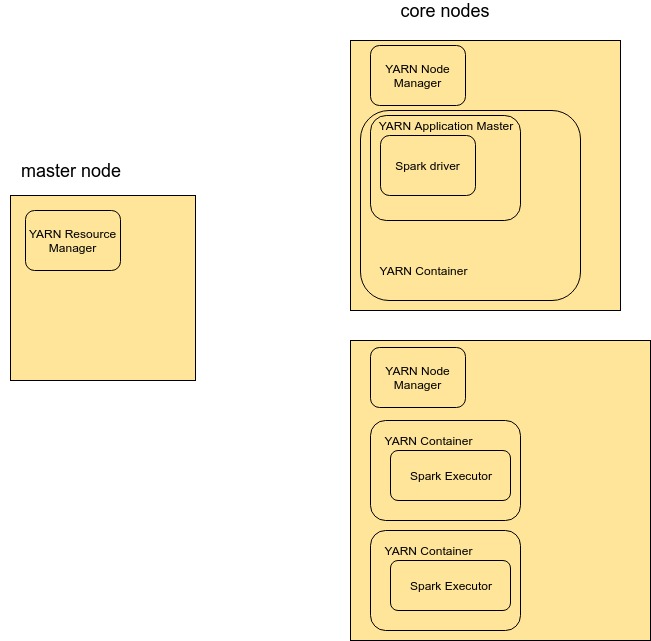 I will attempt to provide an illustration of the calculations for the resources allocation as made by YARN. First of all, the specs of each of the core nodes are the following (you can confirm here):

This means that you can run at maximum:

Does that mean my Master node was not used?

If you mean whether the master node was used in order to execute the driver, then the answer is no. However, note that master was probably running a bunch of other applications in the meanwhile, which are out-of-scope in the context of this discussion (e.g. YARN resource manager, HDFS namenode etc.).

Is the driver running on the Master node or Core node?

The latter, the driver is running on the core node (since you used the --deploy-mode cluster parameter).

Can I make the driver run on the Master node and let the 60 Cores hosting 120 working executors?

Yes! The way to do that is to execute the same command but with --deploy-mode client (or leave that parameter unspecified, since at the time of writing this is used as default by Spark) in the master node.

By doing that, the resource allocation will have the structure shown in the following diagram. 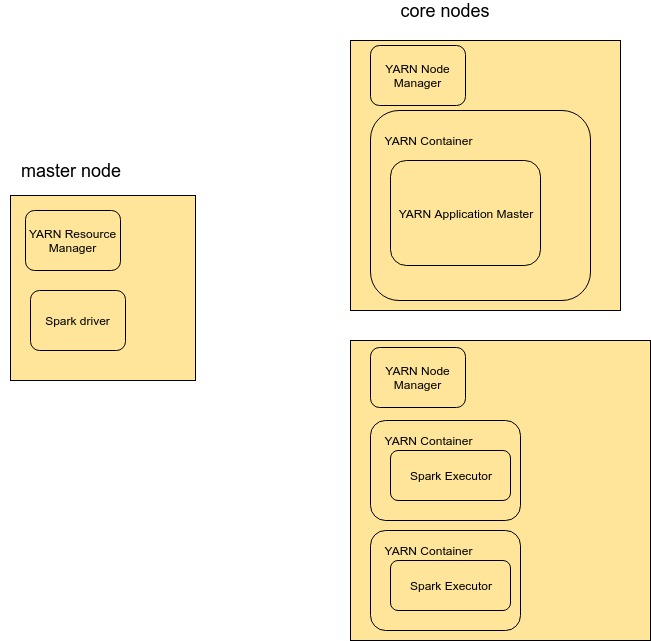 In yarn-cluster mode, the driver runs in the Application Master. This means that the same process is responsible for both driving the application and requesting resources from YARN, and this process runs inside a YARN container. The client that starts the app doesn’t need to stick around for its entire lifetime. 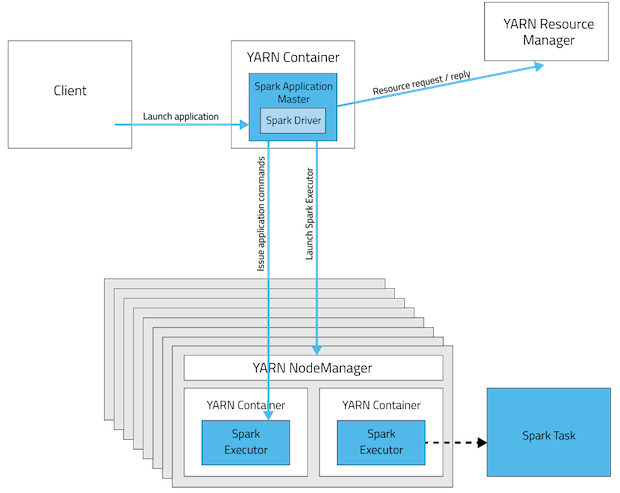 In yarn-client mode, Spark driver to run inside the client process that initiates the Spark application. 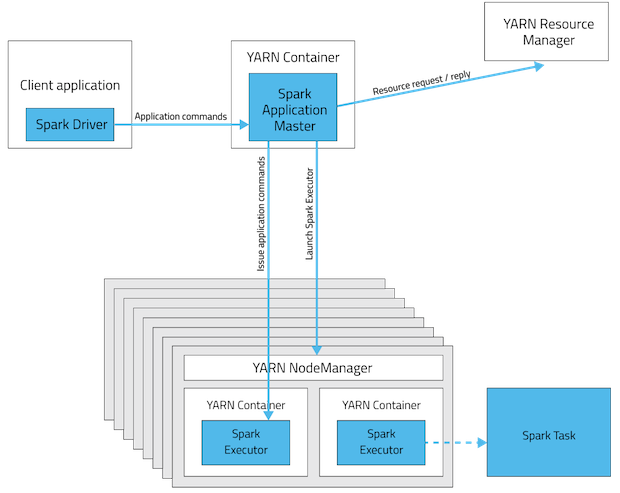 Have a look at cloudera blog for more details.

When you're running yarn-cluster mode, the driver of the application runs within the cluster, rather than on the machine which you ran spark submit. This means that it will take up the number of driver cores on the cluster, resulting in the 119 executors that you see.

If you want to run your driver outside of the cluster, try yarn-client mode.

More details about running on YARN can be found here: http://spark.apache.org/docs/latest/running-on-yarn.html

54
Spark yarn cluster vs client - how to choose which one to use?

247
Apache Spark: The number of cores vs. the number of executors
1
SparkPi program keeps running under Yarn/Spark/Google Compute Engine
285
What are workers, executors, cores in Spark Standalone cluster?
27
Why does vcore always equal the number of nodes in Spark on YARN?
9
Spark streaming job fails after getting stopped by Driver
1
Where does spark job run in a cluster of 2 nodes, but the spark submit configurations can easily accommodate in a single node? (cluster mode)