I'm having issues with imagecreatefromjpeg and image rotation.

To be more specific:

There is no rotation in my code, when I say "is rotated properly by imagecreatefromjpeg" I mean it, literary. Simply by doing

Image #2 https://dl.dropboxusercontent.com/u/9271284/stackoverflow/20160125070736520868_orig.jpg is not rotated properly by imagecreatefromjpeg (exif tag is not honored) but is rotated properly in Picasa and Win10 Photo viewer.

Somewhat counter-intuitively, it's actually image #2 that is displaying correctly and image #1 that is broken.

imagecreatefromjpeg doesn't transform images in any way. It is loading the image 'raw'. It only looks like it's rotated because your default viewer (Windows thumbnail/Windows Photo Viewer?) is automatically doing this based on the EXIF value. Jeffrey's Exif Viewer shows the raw image as well, that's why your results are consistent.

According to that value, to display both images correctly you should perform a 90 degree clockwise rotation transform:

This gives the following result (images scaled down here): 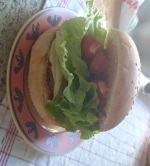 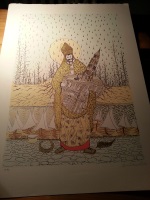 Which is exactly what I see for both images in Win8 photo viewer. So because image #1 has the wrong orientation value there is no way to rotate it correctly via code.

Not the answer you're looking for? Browse other questions tagged php php-gd or ask your own question.