CLion “Instantiating an unknown structure without reference” but compiles fine

I've been trying to get my cmake project set up with HDF5 on Windows 10 (64bit), using the CLion editor and MinGW. After a ton of time trying to get my CMakeLists file set up properly, I got something working - the code compiles, no errors from mingw32-make or from cmake. However, I'm still getting red underlined errors in CLion, which don't seem to have any impact on the build, but I have a feeling that they're there because I did something incorrect. (I'm very new doing anything more than class projects with C++)

Here is my CMakeLists.txt 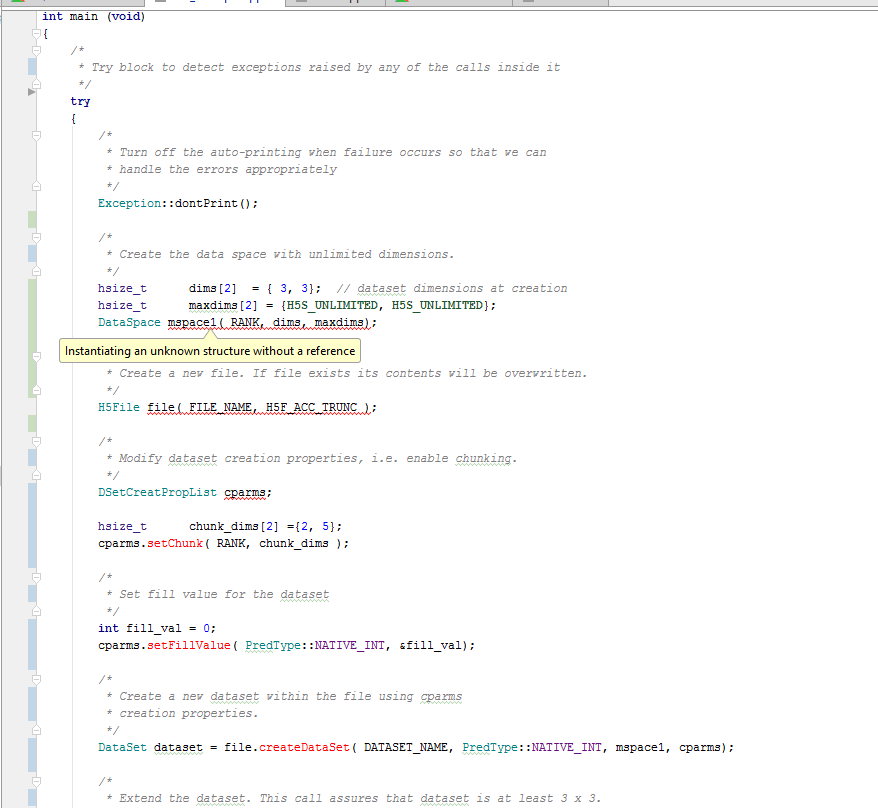 Compiling this from the command line using mingw32-make or in the IDE both result a successful compilation with no errors or warnings that I can see.

Is this something I should be concerned about? Or should I just ignore it since everything compiles?

I had this problem and solved it by placing #include <getopt.h> above #include <unistd.h> in the C file. This could be viewed as a bug in CLion. I have created an issue for this. The workaround for now is to rearrange your imports.

For details you can also read my question about this.

Instantiating an unknown structure without a reference 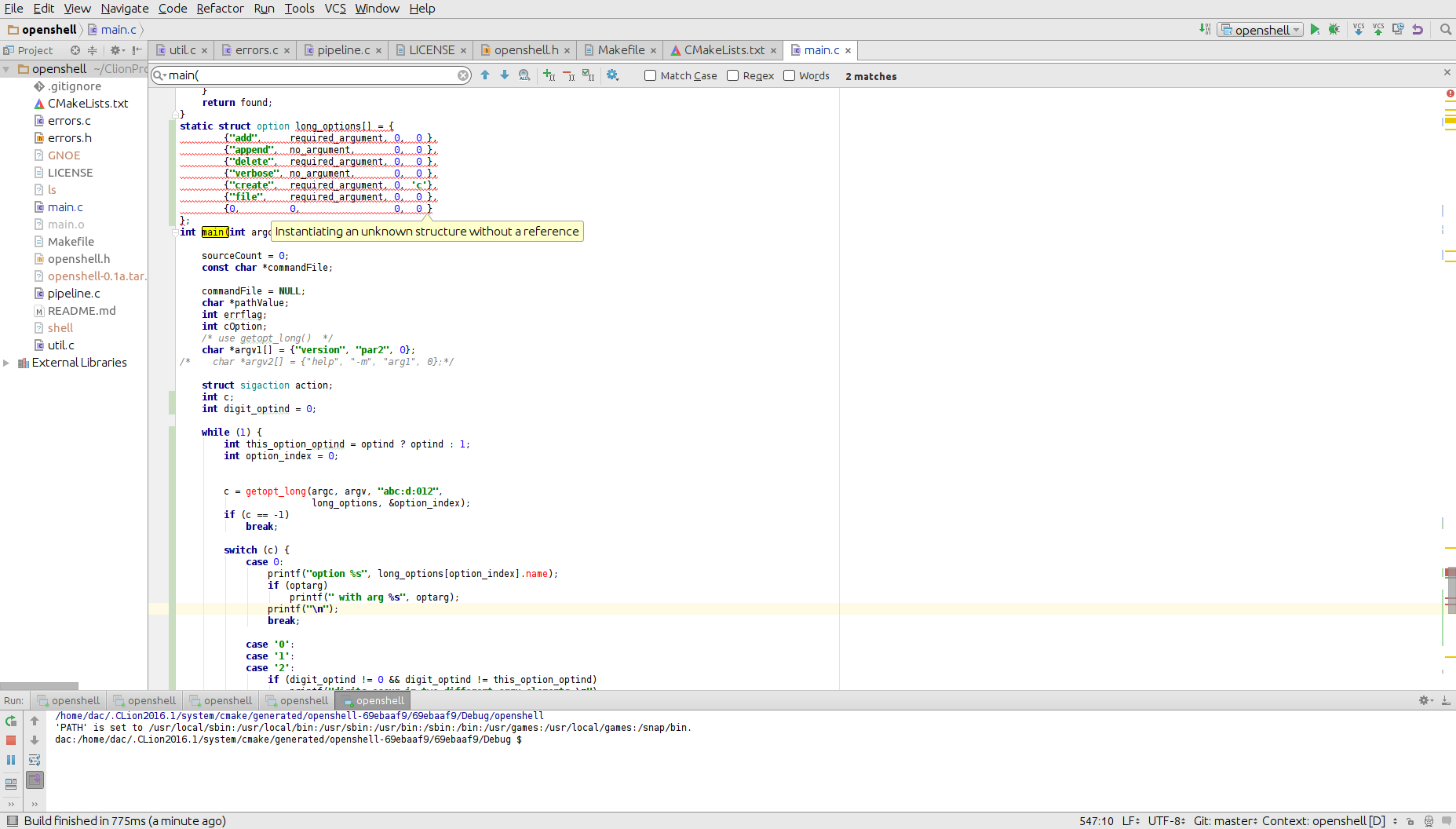 Your IDE and building tools are two "completely" different processes. You have nothing to worry about if your code compiles with Cmake and MingW. You probably have configured your IDE with different settings than given in your CMakeLists. You need to link the hdf5 C++ library in your editor to solve the "problems" in your IDE. This will only improve readability.

I also encountered this error and it turns out that in my case I actually forgot to include a header. Using Emacs the correct error information (Implicit instantiation of undefined template 'std::basic_ifstream<char,std::char_traits<char>>') is shown (See Why am I getting this ifstream error?). I'm not sure why CLion reported the error incorrectly.

Not the answer you're looking for? Browse other questions tagged c++ mingw hdf5 clion or ask your own question.

39
Why am I getting this ifstream error?

0
Make C Project Instead of C++
1
Clion linking fails
1
Why wont CLion compile on my Mac?
2
How to include libraries in OSX bundles with CMAKE
0
CMake does not work with g++ installed with MinGW
0
CLion erroring on compiling - call stack problem
1
undefined reference to `omp_get_wtime'