First and foremost similar questions are posted by other users but this question is little different as it has multiple Test Methods.

As per the following approach; I have placed only 1 assertion per Test Method simply because, Coded-UI will ignore rest of the test execution of a Test Method upon an assertion failure.

In the following code (Calculator) as you can see I have 2 Test Methods. Each Test Method will have 1 assertion. If assertions in both Test Methods fail, You will see both the failures under the Test Explorer view with the reason.

Now the issue is this, if you click the UITestActionLog.html links for both Test Methods you will see that, only the assertion failure in the CodedUITestMethod1() has logged in the HTML report (Refer Assert_1_Failed.PNG).

Can someone tell me how I could display the failed assertion of the 2nd Test Method too on the HTML report? Or is this a Microsoft bug? (Surely I cannot create a Coded-UI project per assertion?) 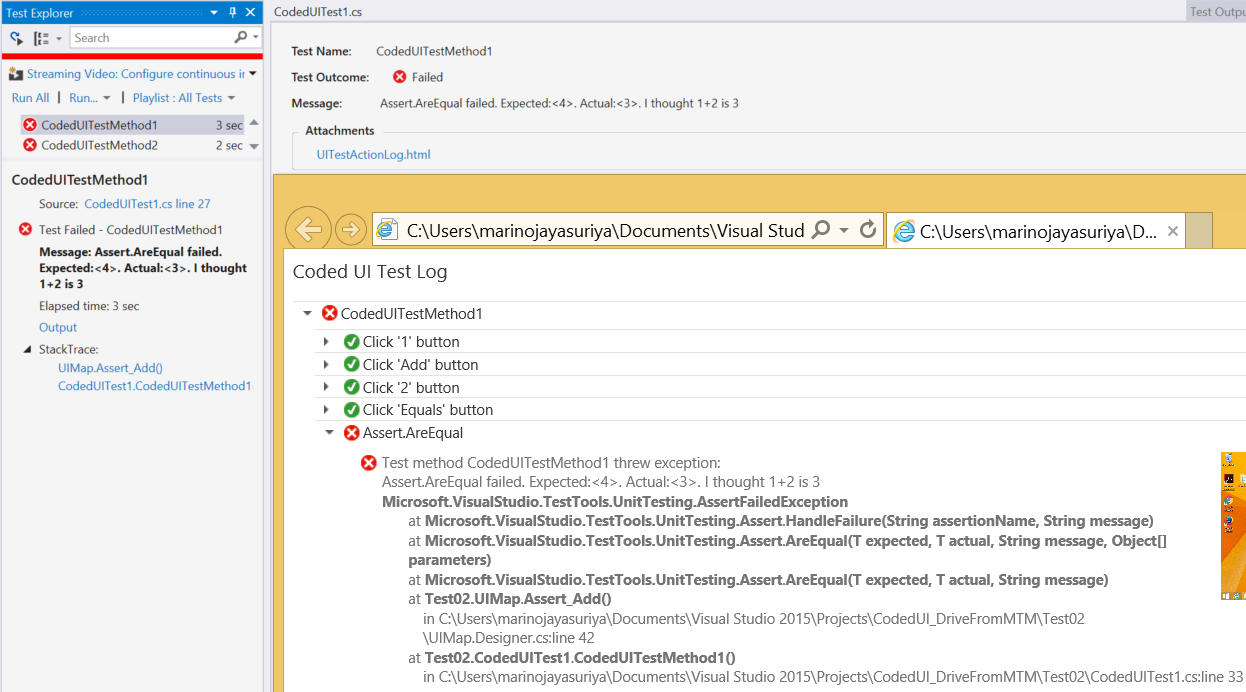 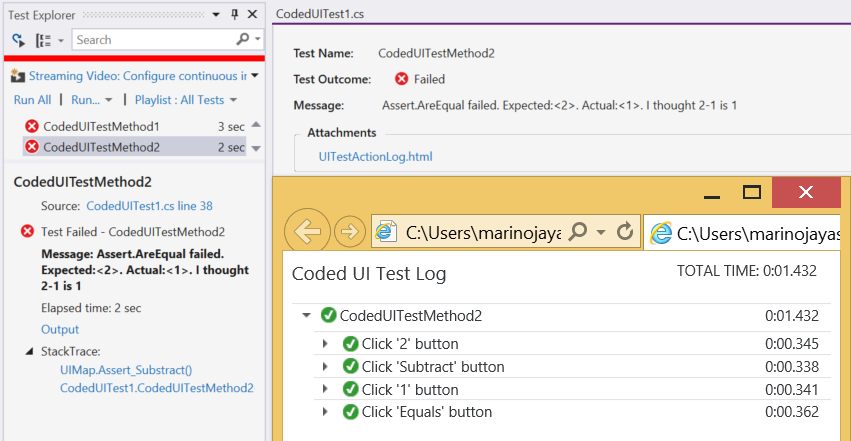 Browse other questions tagged c# visual-studio-2015 coded-ui-tests assertions or ask your own question.