Excel, convert data in one column to multiple columns

As seen in the picture I have 5 sets of 2's in one column.
I would like it so that each set is in its own column.
Is there a way to do that?

I tried text to columns, but it did not work. 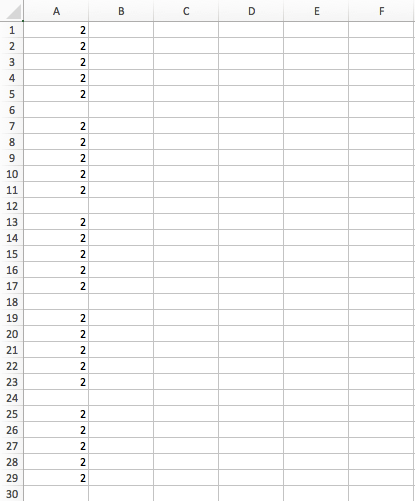 Imagine I have a vertical array starting in cell B2, which I want to separate into N stacked columns. I will place these columns from cell E4, as the picture indicates. 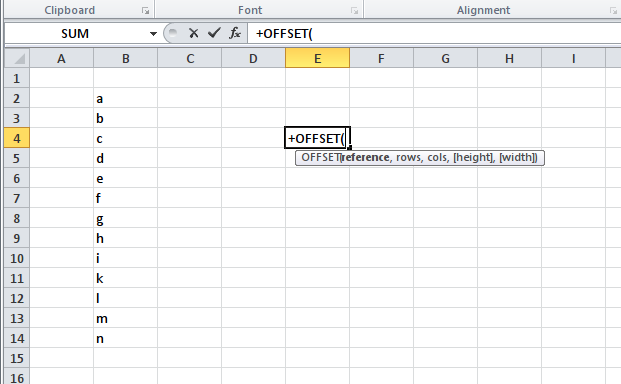 The code which achieves what I want is:

Replace N with your desired number (and the origin and destination cell with your particular values, B2 and E4 in this example), and expand the formula vertically and horizontally to form your desired matrix of N columns. For the case of N=3, you get: 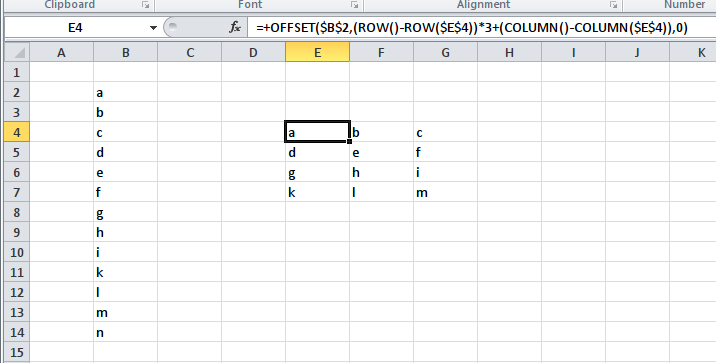 (PS: if your array is horizontal, use transpose to transform to vertical. You can then transpose the resulting matrix, to get the final result.)

The logic is simple. The function OFFSET has three compulsory inputs. The first one is the first point of your array you want to transform (in the example above, $B$2. The point you select has an index of 0, the one below an index of 1, etc. So, what you want is to put these ordered index into a matrix form, as shown below (for the case of N=3): 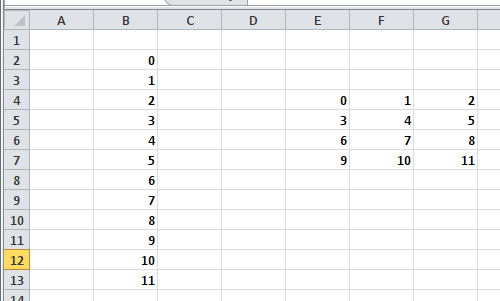 The rule to move these indexes is given in the second entry of the OFFSET function. This is basically a formula that calculates a sequence 0, 1, 2, 3 ... using some fixed values (the number of the row and columns of the first cell where you are putting the result, ROW($E$4) and COLUMN($E$4), which are equal to 4 and 5 respectively), and the variable values of the cell where you are placing the number (ROW() and COLUMN()). The formula computes the difference between actual row and reference row number, scale it by N, and adds any difference between actual and reference column. This formula gives the desired series 0, 1, 2, 3... for our desired output matrix.

Finally, the last item of OFFSET is equal to zero, since we are transforming with a vertical column of data, so no horizontal offset is needed. 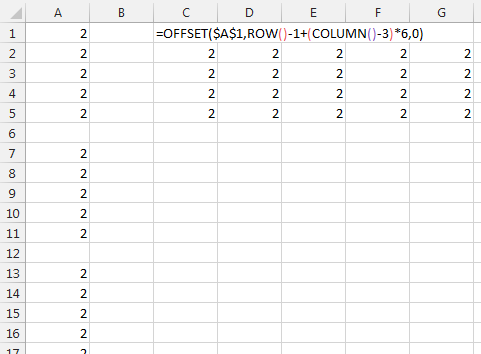 Take the total cells, dived it by 3 and cut and paste. I wasted a 30 mins trying all the solutions offered out there.

I gave up and now my project is complete. Only took about 15 seconds.

To split one column into multiple columns with column first order, in other words, without transpose, we can modify the formula as shown in https://www.extendoffice.com/documents/excel/3132-excel-convert-vector-to-matrix.html, which is the solution for row first order, i.e., with transpose, exchange the roles of ROW() and COLUMN(), example code:

Here $a1:$a$10494 is source, $b$1 is destination, 18 is columns numbers to split into. This can be used to get back the table structure of %debug print output in pdb, for example, which will split the output into narrow bands.

1989
How do I create an Excel (.XLS and .XLSX) file in C# without installing Microsoft Office?
766
How do I properly clean up Excel interop objects?
558
Stop Excel from automatically converting certain text values to dates
494
How to convert a column number (e.g. 127) into an Excel column (e.g. AA)
379
Setting mime type for excel document
225
Return empty cell from formula in Excel
109
Apache POI Excel - how to configure columns to be expanded?
511
Is it possible to force Excel recognize UTF-8 CSV files automatically?
564
How to avoid using Select in Excel VBA