What's the story behind the name of the SOS (Son of Strike) debugger extension?

What's the significance of the name "Son of Strike"? Does it serve any meaning or does it just sound cool?

The original name of the CLR team (chosen by team founder and former Microsoft Distinguished Engineer Mike Toutonghi) was "Lighting". Larry Sullivan's dev team created an ntsd extension dll to help facilitate the bootstrapping of v1.0. We called it strike.dll (get it? "Lightning Strike"? yeah, I know, ba'dump bum). PSS really needed this in order to give us information back to the team when it was time to debug nasty stress failures, which are almost always done with the Windows debugger stack. But we didn't want to hand out our full strike.dll, because it contained some "dangerous" commands that if you really didn't have our source code could cause you confusion and pain (even to other Microsoft teams). So I pushed the team to create "Son of Strike" (Simon from our dev takes credit/blame for this), and we shipped it with the product starting with Everett (aka V1.1).

Also, I had heard of the CLR being referred to as "COM+ 2.0" before, but apparently it's had a few names in its time (from here):

The CLR runtime lives in a DLL called MSCOREE.DLL, which stands for Microsoft Common Object Runtime Execution Engine. "Common Object Runtime," or COR, is one of the many names this technology has had during its lifetime. Others include Next Generation Windows Services (NGWS), the Universal Runtime (URT), Lightning, COM+, and COM+ 2.0

This was discussed in a Scott Hanselman podcast with Tess Ferrandez a while back. It derives from an internal codename used early in the .NET platform. More info in the show transcript.

When Microsoft was originally developing .NET 1.0, they had the need for an extension similar to SOS so that they can debug failures within the CLR itself and they used an extension that they developed called Strike. The usefulness of Strike was very apparent, and as Microsoft support engineers would use that extension to figure out customer's problems, customers wanted to get their hands on this particular extension.

Unfortunately, Strike exposed a little too much information about the internals of the CLR, so they ended up creating a slightly trimmed down version of it known as SOS, and that's what's publicly available in your .NET framework installation. 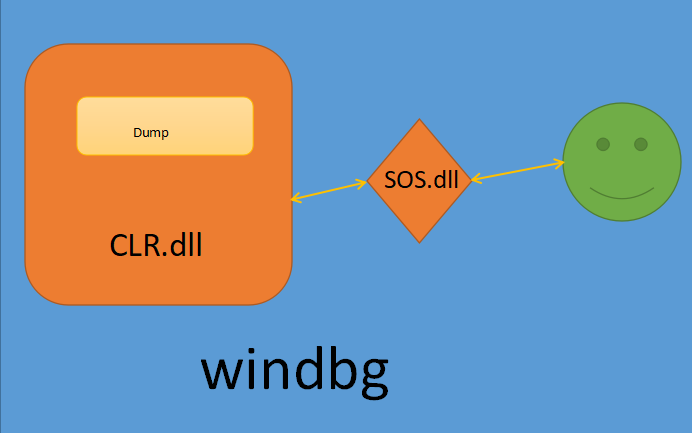 Not the answer you're looking for? Browse other questions tagged .net debugging sos or ask your own question.

18
Debugging a third-party DLL in Visual Studio?
29
What the “EE” means in SOS?
8
What does the acronym EE mean in the .NET reference source?

842
Entity Framework vs LINQ to SQL
658
Embedding DLLs in a compiled executable
1738
Proper use of the IDisposable interface
610
How can I get useful error messages in PHP?
778
Pass Method as Parameter using C#
544
“The breakpoint will not currently be hit. The source code is different from the original version.” What does this mean?
1
Silverlight SOS (Son of Strike) documentation
1187
Reference - What does this error mean in PHP?
1507
Why not inherit from List<T>?
499
Swift: print() vs println() vs NSLog()