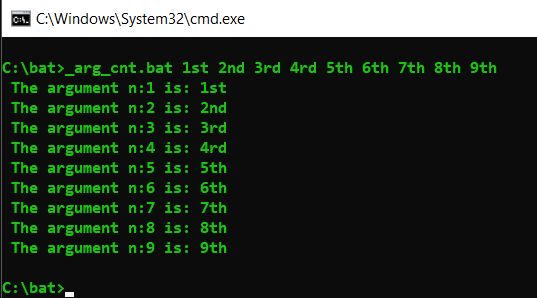 1317
How can I pass arguments to a batch file?
3012
How can you find out which process is listening on a TCP or UDP port on Windows?
727
Batch file to delete files older than N days
564
How can you find and replace text in a file using the Windows command-line environment?
598
How do I get current date/time on the Windows command line in a suitable format for usage in a file/folder name?
480
In Windows cmd, how do I prompt for user input and use the result in another command?
898
How to run a PowerShell script
2689
How do I install pip on Windows?
1177
What does %~dp0 mean, and how does it work?
1047
How to "comment-out" (add comment) in a batch/cmd?