How to avoid overplotting (for points) using base-graph?

I am in my way of finishing the graphs for a paper and decided (after a discussion on stats.stackoverflow), in order to transmit as much information as possible, to create the following graph that present both in the foreground the means and in the background the raw data: 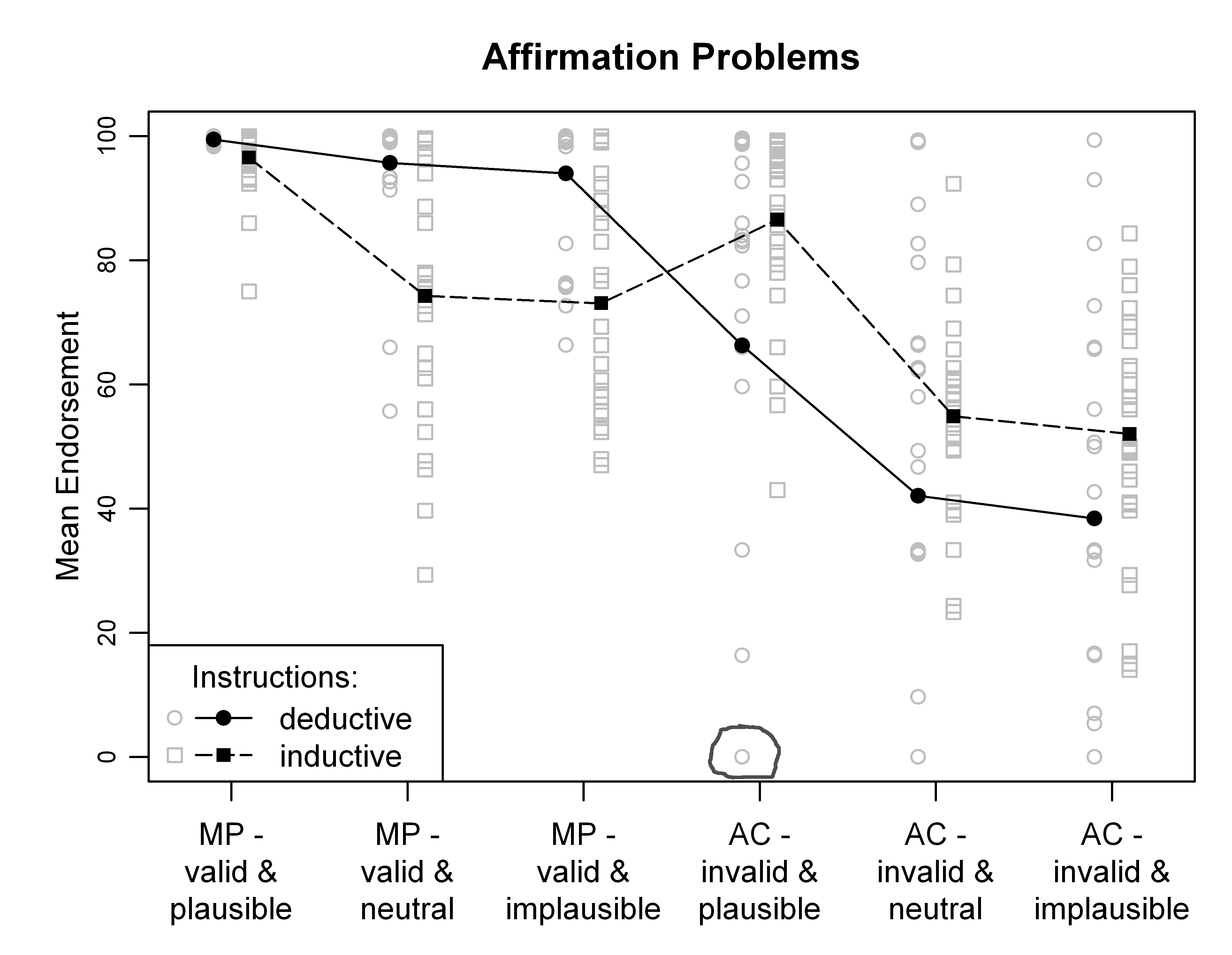 However, one problem remains and that is overplotting. For example, the marked point looks like it reflects one data point, but in fact 5 data points exists with the same value at that place.
Therefore, I would like to know if there is a way to deal with overplotting in base graph using points as the function.
It would be ideal if e.g., the respective points get darker, or thicker or,...

Manually doing it is not an option (too many graphs and points like this). Furthermore, ggplot2 is also not what I want to learn to deal with this single problem (one reason is that I tend to like dual-axes what is not supprted in ggplot2).

Update: I wrote a function which automatically creates the above graphs and avoids overplotting by adding vertical or horizontal jitter (or both): check it out!

Standard approach is to add some noise to the data before plotting. R has a function jitter() which does exactly that. You could use it to add the necessary noise to the coordinates in your plot. eg:

Besides jittering, another good approach is alpha blending which you can obtain (on the graphics devices supporing it) as the fourth color parameter. I provided an example for 'overplotting' of two histograms in this SO question.

One additional idea for the general problem of showing the number of points is using a rug plot (rug function), this places small tick marks along the margin that can show how many points contribute (still use jittering or alpha blending for ties). This allows the actual points to show their true rather than jittered values, but the rug can then indicate which parts of the plot have more values.

For the example plot direct jittering or alpha blending is probably best, but in some other cases the rug plot can be useful.

You may also use sunflowerplot, while it would be hard to implement it here. I would use alpha-blending, as Dirk suggested.

Not the answer you're looking for? Browse other questions tagged r graphics plot points or ask your own question.

241
How to plot two histograms together in R?
11
What is difference between geom_point and geom_jitter in simple language in R?

330
Plotting two variables as lines using ggplot2 on the same graph
196
How can I handle R CMD check "no visible binding for global variable" notes when my ggplot2 syntax is sensible?
726
How can we make xkcd style graphs?
0
How to plot three point lines using ggplot2 instead of the default plot in R
829
data.table vs dplyr: can one do something well the other can't or does poorly?
0
Change the symbol of specific data points in line plot, base R
5
How to background geom_vline and geom_hline in ggplot 2 in a bubble chart
1
Most efficient to way a implement a graph with large amounts of points
0
How to smooth line plot and extend graph beyond data --> recreating jamovi plot
0
Using multiple datasets for one graph