How to depict nested action/activities in a UML Activity Diagram?

I would like to create an activity diagram in which one of the actions is depicted with its sub-actions. To better clarify I would like to be able to depict something like the following diagram 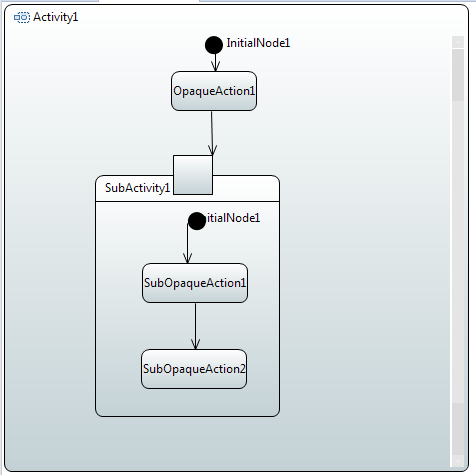 The problem in my case is that SubActivity1 does not have any input parameter. I just want SubActivity1 to start its execution when OpaqueAction1 is completed. 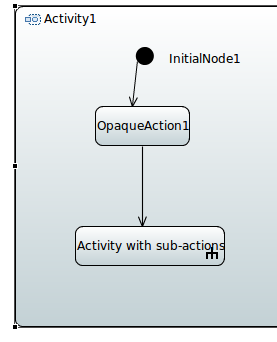 But, in this way I cannot depict the sub-actions in the same activity diagram. 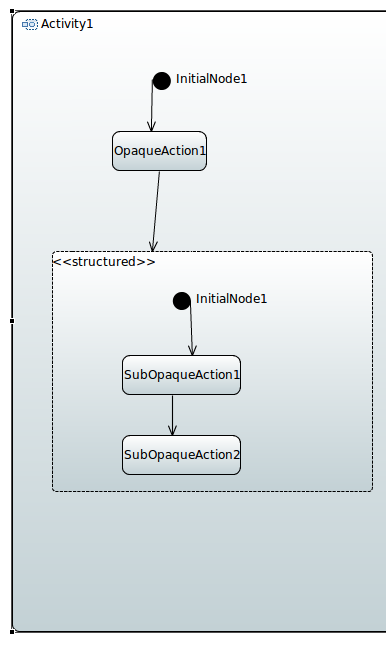 here the problem is that I am not able to show the name of the StructuredActivityNode. I do not know whether this is an issue of the tool that I am using (Papyrus) or it is a general issue.

What you always can do it to use diagram frames and place them inside an activity: 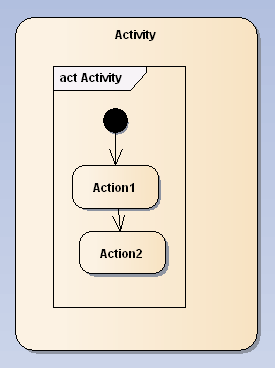 If you need to pass parameters and make use of them inside an activity you can do it this way: 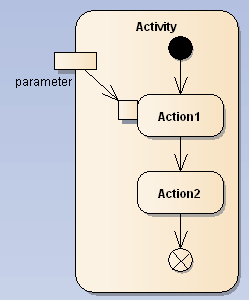 The action pin on Action1 takes the parameter to process it. As you see, you can also place the contents of an Activity manually inside its frame.

An activity is completed when it has reached its last action. More explicitly you should use a flow final to show that. I omitted it in the first example since your examples lacked it. But I usually place it at the end of each (sub-)flow.

Not the answer you're looking for? Browse other questions tagged uml papyrus or ask your own question.