How to view the contents of an Android APK file?

Is there a way to extract and view the content of an .apk file?

Actually the apk file is just a zip archive, so you can try to rename the file to theappname.apk.zip and extract it with any zip utility (e.g. 7zip).

The androidmanifest.xml file and the resources will be extracted and can be viewed whereas the source code is not in the package - just the compiled .dex file ("Dalvik Executable")

It's shipped with Android Studio now. Just go to Build/Analyze APK... then select your APK :) 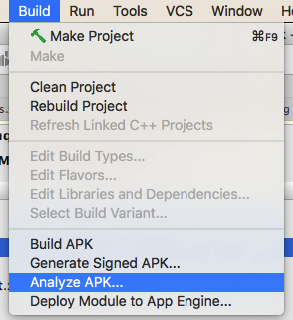 While unzipping will reveal the resources, the AndroidManifest.xml will be encoded. apktool can – among lots of other things – also decode this file.

To decode the application App.apk into the folder App, run

apktool is not included in the official Android SDK, but available using most packet repositories.

There is also zzos. (Full disclosure: I wrote it). It only decompiles the actual resources, not the dex part (baksmali, which I did not write, does an excellent job of handling that part).

Zzos is much less known than apktool, but there are some APKs that are better handled by it (and vice versa - more on that later). Mostly, APKs containing custom resource types (not modifiers) were not handled by apktool the last time I checked, and are handled by zzos. There are also some cases with escaping that zzos handles better.

On the negative side of things, zzos (current version) requires a few support tools to install. It is written in perl (as opposed to APKTool, which is written in Java), and uses aapt for the actual decompilation. It also does not decompile attrib resources yet (which APKTool does).

The meaning of the name is "aapt", Android's resource compiler, shifted down one letter. 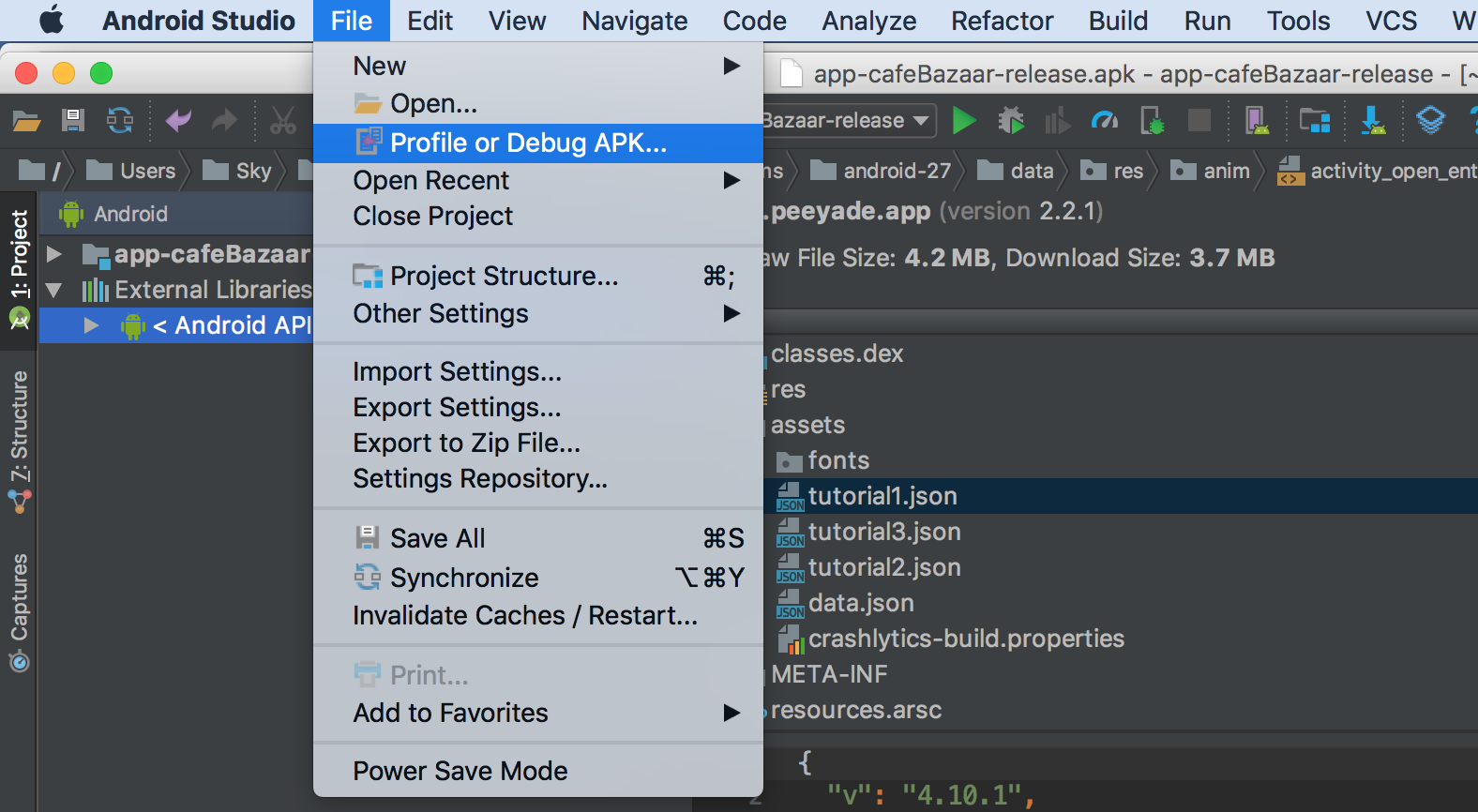 2.open by applications winRar,7zip,etc (Just to see photos and ...)

4.use APK Tools (For Photo and java code)

You have several tools available:

This does the trick from the Linux command line since the APK format is just a ZIP file on the top.

There is a online decompiler for android apks

Unzip it, you can view all resources correctly but all java files are not correctly decompiled.

For full detail visit this answer

Depending on your reason for wanting to extract the APK, APK Analyzer might be sufficient. It shows you directories, and file sizes. It also shows method counts grouped by package that you can drill down into.

APK Analyzer is built into Android Studio. You can access it from the top menu, Build -> Analyze APK.

In case of Hybrid apps developed using cordova and angularjs, you can:

1) Rename the .apk file to .zip
2) Extract/Unzip the contents
3) In the assets folder you will get the www folder

You can also use Jadx - https://github.com/skylot/jadx. I have used all the tools mentioned in this page and found that Jadx works the best. The manifest file and other class files are converted to readable format as much as possible by this tool.

PS - http://www.javadecompilers.com/apk also uses the jadx decompiler to do the same work online. Simpler if you want to unarchive a single apk.

You can also see the contents of an APK file within the Android device itself, which helps a lot in debugging.

All files including the manifest of an app can be viewed and also shared using email, cloud etc., no rooting required. App is available from:

Disclaimer: I am the author of this app.

The APK Scanner can be show the information of APK file on PC.
also, can be pull an apk file from the android device.
And can be link to other tools.(JADX-GUI, JD-GUI...)

Not the answer you're looking for? Browse other questions tagged android apk or ask your own question.

1389
Is there a way to get the source code from an APK file?
85
Flutter apps are too big in size
12
How to decompress LUA script from Android .apk assets folder?
0
How to view app content with the help of apk?
0
Is there a way to see what's taking up how much space in a Flutter app release build?

2033
How to lazy load images in ListView in Android
4140
How do you close/hide the Android soft keyboard programmatically?
3061
How to stop EditText from gaining focus at Activity startup in Android
2946
Is there a unique Android device ID?
787
How do you install an APK file in the Android emulator?
1389
Is there a way to get the source code from an APK file?
570
How do I get an apk file from an Android device?
685
Android error: Failed to install *.apk on device *: timeout
561
Install an apk file from command prompt?
819
How to avoid reverse engineering of an APK file