I am learning the assembly language. I wrote a simple bootloader. After testing it out, it didn't work. Here is my code:

This code is placed in the first sector of the USB using this command:

A simple program is loaded in the second sector of the USB using this command:

This is the code for the program loaded into the second sector:

Why is my boot loader not working? Have I done something wrong? Any suggestions?

Your code assumes that DS is set to 0. You can't assume that. First part of your code should explicitly set DS to 0 if you are using org 0x7c00.

You should seriously considering defining your stack by setting SS:SP. You don't know where the existing one is or whether it is large enough to handle what you intend to do.

I have more information on the issues above in my StackOverflow answer with General Bootloader Tips.

Your bootloader uses this instruction to start your second stage loaded from the second sector:

The problem is that when you read the sector setting up ES:BX this way:

INT 13h/AH=02h requires Cylinder/Head/Sector number to be set properly. Sectors start numbering at 1, but Cylinders and Heads are zero based. The second sector of the disk is at Cylinder 0, Head 0, Sector 2. Your code sets Cylinder to 1 instead of 0. This code is wrong since you really should be setting it to 0:

In your second stage you created print as a function since it ends with a RET instruction. jmp print should be changed to call print.

With all the changes recommended above, including ones from my general bootloader tips your code could be modified to be:

I recommend you use the latest DD from Chrysocome. As of today the latest is 0.6beta3. I recommend this version because it allows you to properly access the disk(or USB stick) relative to the beginning of the drive, not relative to the beginning of a particular partition. This could cause serious problems trying to store the 1st and 2nd sector properly. With the latest version I'd use these commands with Administrator Privileges to write to the USB drive:

This assumes your USB drive is on Drive D: as is suggested in your question. WARNING: Failure to use the correct drive may result in data loss and corruption on another device!!

If these commands work properly the output should look something like:

Once you have issued these commands, Windows may automatically detect that the drive is no longer properly formatted. Do not allow Windows to format the drive. If you do allow it to format the drive, it will re-partition it, and format it. In doing so it will destroy the boot sector you wrote. When prompted, just cancel the format dialog box that may appear.

Remember to properly dismount/eject your USB drive before removing it from your system. Failure to properly unmount will likely cause the data to not be properly/completely written to the drive.

If you wish create a disk image for Bochs, QEMU, DOSbox etc you could create a 720k floppy with these commands at a Command Prompt:

The image file disk.img should be usable by Bochs, QEMU, DOSbox, etc. or written to a 720k diskette for use on a real computer.

/dev/zero looks like a typical Unix/Linux device. The DD command for Windows I suggested you use understands /dev/zero as a special input device that just generates zeros. Windows doesn't have /dev/zero device, but DD sees it as a special internal device and simulates it. 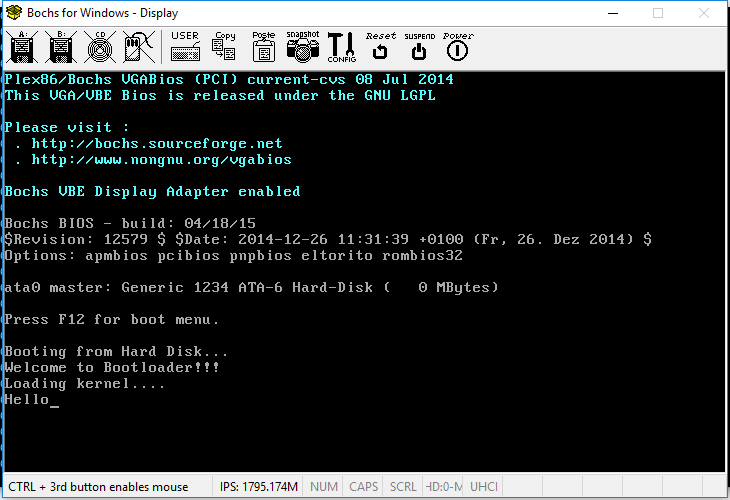 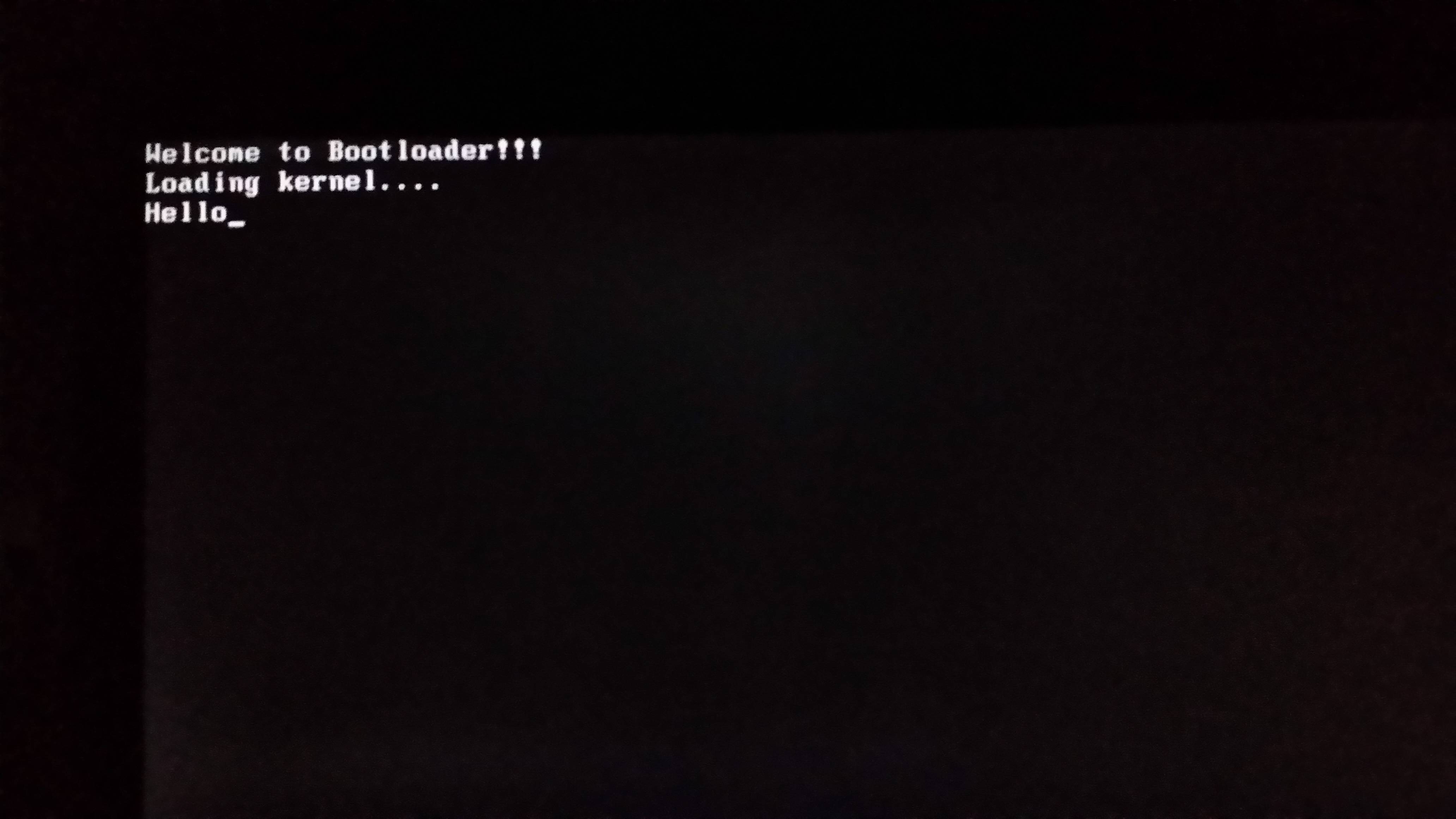 Not the answer you're looking for? Browse other questions tagged assembly x86-16 bootloader osdev bochs or ask your own question.

16
Boot loader doesn't jump to kernel code
8
How do I write a bin file (512 bytes) to the first sector (sector 0) of a floppy disk?
2
How to change or set background color in 8086 assembly?
2
How to fix “os.asm:113: error: TIMES value -138 is negative” in assembly language
-1
How to load a 545 byte (or more) file into memory from my bootloader?
0
How Do I Put My Bootloader And Kernel On A USB
0
writing bootloader in first sector of USB Pen drive in windows
0
USB bootloader error

10
Assembly: Using the Data Segment Register (DS)
2
Sorting strings in 8086 Assembly
4
Getting a string to print via bios interrupt
1
mov ah,01h int16h, how to use it to change the direction of the snake
2
Snake Assembly 8086: not moving correctly
0
Snake Game: how to know if it bites itself
2
How to determine whether the computer has an XT/AT keyboard in assembly?
3
Understanding of boot loader assembly code and memory locations
14
Legacy BIOS bootloader to bootstrap real-mode code in second stage