Webstorm throws an error when trying to run a command specified in package.json:

I've used this script with Webstorm on other computers (Linux/Windows). On this one (Linux), it does not seem to work out of a sudden. It used to be fine. I've just upgraded Webstorm. From CLI, the 'dev'command works fine, it's something to do with Webstorm configuration. The In Settings => Languages & Frameworks => NOde.js and NPM the node interpreter is specified as /usr/bin/node which is the correct path. I also clicked to Enable Node.js Core library. Still in the NPM window on Webstorm, when I want to run the 'dev' script, it throws the above mentioned error. The project is a react project, if that matters.

In the past, it ran fine. Please advise. 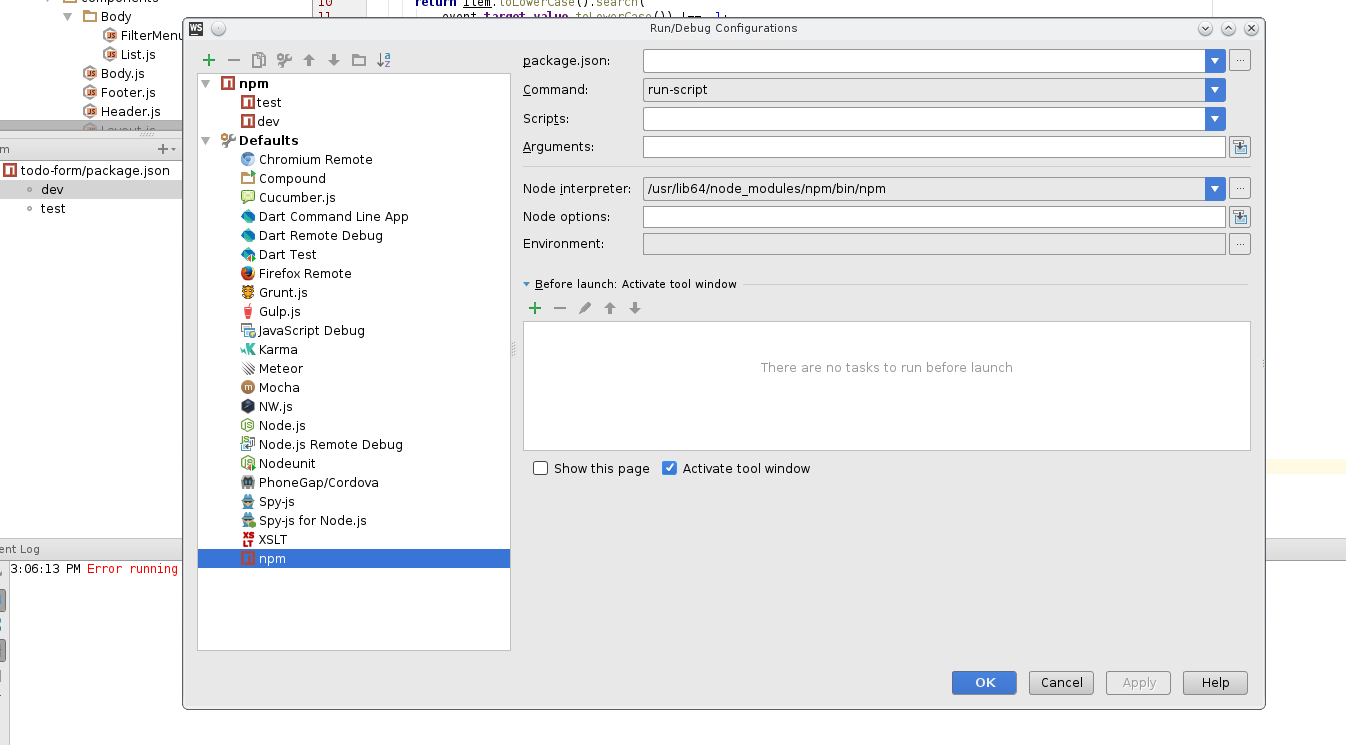 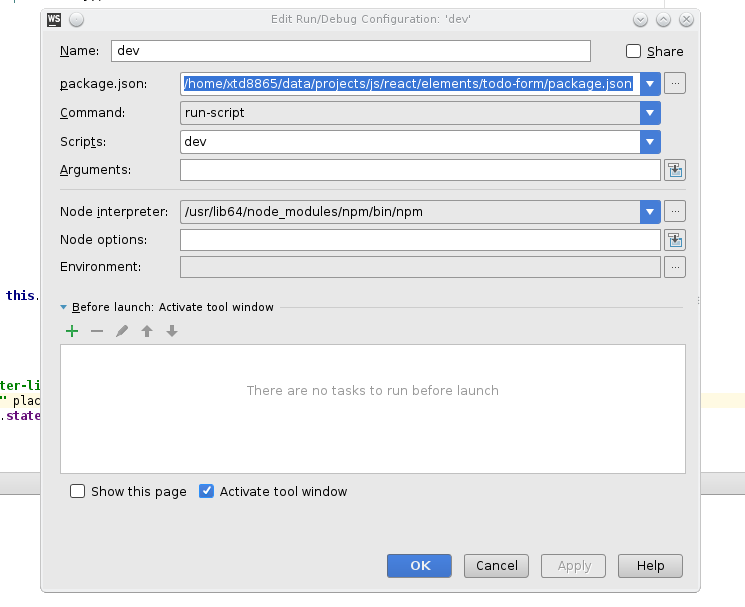 Ran into the same issue after upgrading from 11.0.3 to 2016.1. Not sure if some configuration was wrongly copied or if they added a new field to specify the npm package.

Browse to select a Node interpreter, using the [...] button.

You should find the Npm package field, fill it with YOUR_PATH_TO_NODE/lib/node_modules/npm.

If it does not work right away, restart WebStorm so that it is taken into account. 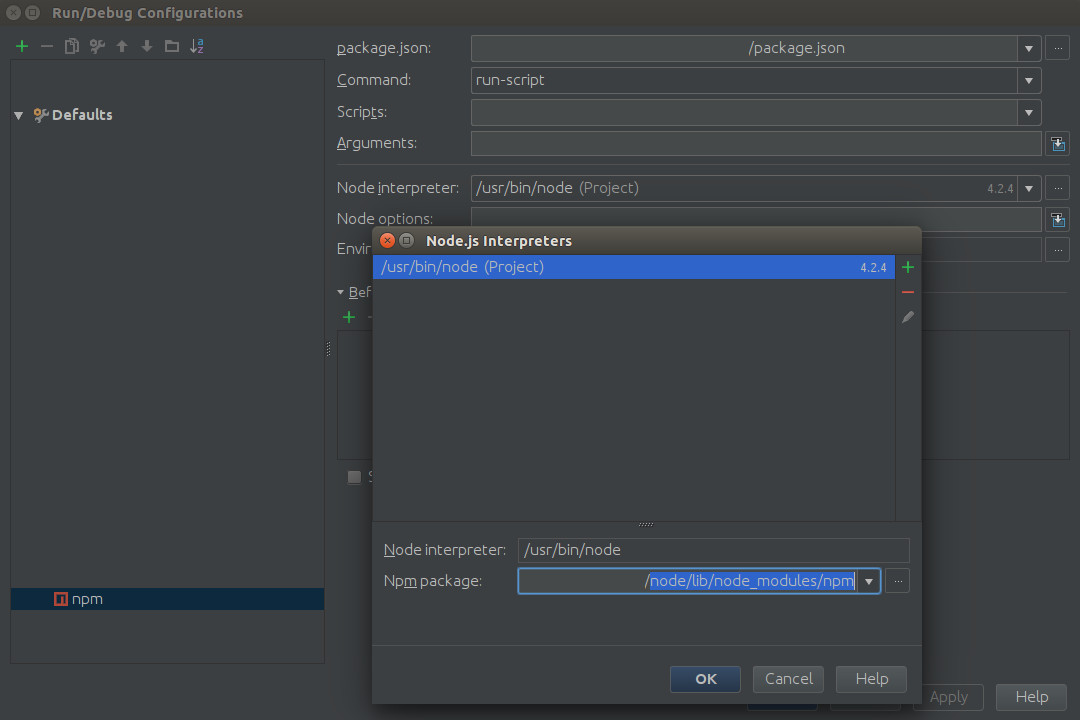 On Ubuntu, if you have installed npm/nodejs via apt, use the /usr/share/npm folder for the npm package.

just want to add some reference. in my machine it's in /usr/share/npm so just fill that field with that.

In Linux/Ubuntu: One of the reasons why webstorm throws this error is because of false directory names for node interpreter ("Run > Edit configurations > Defaults> npm > node interpreter").

In the recent node installation the default node interpreter directory is usr/bin/nodejs instead of usr/bin/node.

if you use Node Version Manager like me, it was a folder in which the bin folder was:

If you installed Node.JS from the official website (not from the apt repository), you probably put the installation folder somewhere at /opt/node-v10.13.0-linux-x64 (depending on your preferences).

If so, you should modify your WebStorm settings as follows:

On Windows I was unable to solve the problem using the Npm package configuration setting using a custom npm installation.

Installing a standard npm via the node.js solved the problem in WebStorm without having to set the Npm package configuration.

On Xubuntu and Linux Mint, use /usr/bin/lib/nodejs/npm.

Try changing your NPM patch no /usr/share/npm. This works for me.

In my case ubuntu 18.04+PHPSTORM Helps this:

Not the answer you're looking for? Browse other questions tagged npm webstorm or ask your own question.

1105
Where does npm install packages?
1763
How can I update NodeJS and NPM to the next versions?
2413
Find the version of an installed npm package
1000
How to install a previous exact version of a NPM package?
1346
npm throws error without sudo
1808
What is the difference between Bower and npm?
2234
What's the difference between dependencies, devDependencies and peerDependencies in npm package.json file?
2356
What is the --save option for npm install?
1982
NPM vs. Bower vs. Browserify vs. Gulp vs. Grunt vs. Webpack
1699
Do I commit the package-lock.json file created by npm 5?