Even after @user3441734 solved most of my problems 🙇, there are a few emoji that I can't seem to render properly when converting from a [String:String] to String.

Here's some Playground-ready code to illustrate the problem:

Uncomment each assignment to u in turn to see the problem in action. The 3rd and 4th values should render like so: 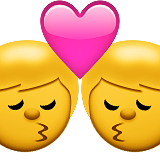 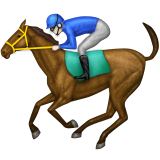 So, bug in Apple & Chrome's handling of certain emoji, or is there yet another idiosyncrasy of the standard that I've missed?

There's no conspiracy, the bugs are in your code.

Not the answer you're looking for? Browse other questions tagged ios unicode swift2 emoji or ask your own question.

3
How to compose multi-character emoji from raw hex

94
How to set emoji by unicode in a textview?
52
Color for Unicode Emoji
129
How to prevent Unicode characters from rendering as emoji in HTML from JavaScript?
1
MySQL won't properly GROUP BY on emojis
18
Splitting emoji, safely
3
How to compose multi-character emoji from raw hex
22
How to know if two emojis will be displayed as one emoji?
545
Why are emoji characters like 👩‍👩‍👧‍👦 treated so strangely in Swift strings?
2
Extract all Emojis from string and ignore Fitzpatrick modifiers (skin tones etc.) in Python
195
Remove ✅, 🔥, ✈ , ♛ and other such emojis/images/signs from Java strings