How to programmatically generate markdown output in Jupyter notebooks?

I want to write a report for classes in Jupyter notebook. I'd like to count some stuff, generate some results and include them in markdown. Can I set the output of the cell to be interpreted as markdown?
I'd like such command: print '$\phi$' to generate phi symbol, just like in markdown.
In other words, I'd like to have a template made in markdown and insert the values generated by the program written in the notebook. Recalculating the notebook should generate new results and new markdown with those new values inserted. Is that possible with this software, or do I need to replace the values by myself?

The functions you want are in the IPython.display module.

You are basically asking for two different things:

Since 2. is already covered by another answer (basically: use Latex() or Markdown() imported from IPython.display), I will focus on the first one:

With the Jupyter extension Python Markdown it actually is possible to do exactly what you describe.

Installation instructions can be found on the github page of nbextensions. Make sure you'll enable the python markdown extension using a jupyter command or the extension configurator.

With the extension, variables are accessed via {{var-name}}. An example for such a markdown template could look like this:

Even images can be embedded: {{i}}

Naturally all variables or images a, b, i should be set in previous code. And of course you may also make use of Markdown-Latex-style expressions (like $\phi$) without the print command. This image is from the wiki of the extension, demonstrating the capability. 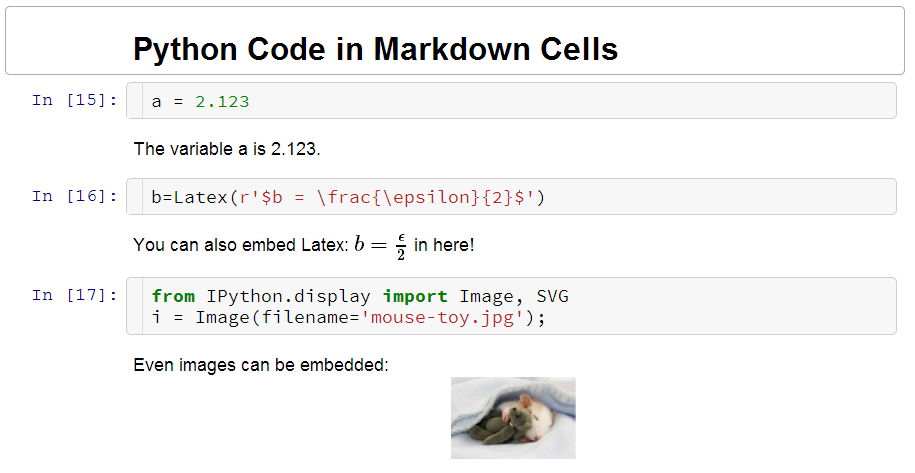 Further info on this functionality being integrated into ipython/jupyter is discussed in the issue trackers for ipython and jupyter.

As an addition to Thomas's answer. Another easier way to render markdown markup is to use display_markdown function from IPython.display module: 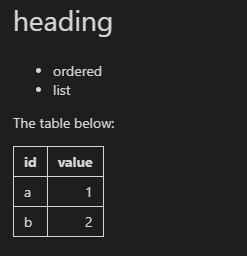 Usage example could be found on Google Colab Notebook

Another option is to use Rich for Markdown rendering and UnicodeIt for symbols. It has some limitations, as Rich uses CommonMark, which does not support tables, for example. Rich has other ways to render tables though; this is detailed in the documentation.

... which produces the following output: 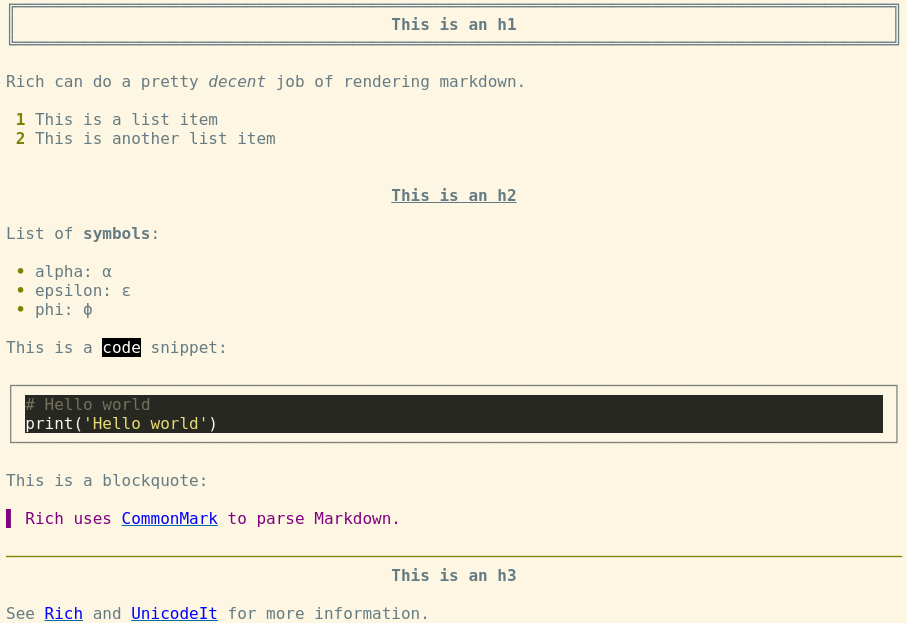 1514
How can I flush the output of the print function?
628
Using IPython / Jupyter Notebooks Under Version Control
504
How do I increase the cell width of the Jupyter/ipython notebook in my browser?
365
How do I add python3 kernel to jupyter (IPython)
493
How to change the Jupyter start-up folder
9
Execute a Jupyter notebook including inline markdown with nbconvert
24
IPython/Jupyter Notebook: How to render a markdown cell without reloading doc?
5
Using python variable within Jupyter LaTeX Markdown Cell