I have this kind of data:

I need to transpose this data into something like this using Talend:

Help would be much appreciated.

dbh's suggestion should work indeed, but I did not try it.

However, I have another solution which doesn't require to change input format and is not too complicated to implement. Indeed the job has only 2 transformation components (tDenormalize and tMap). 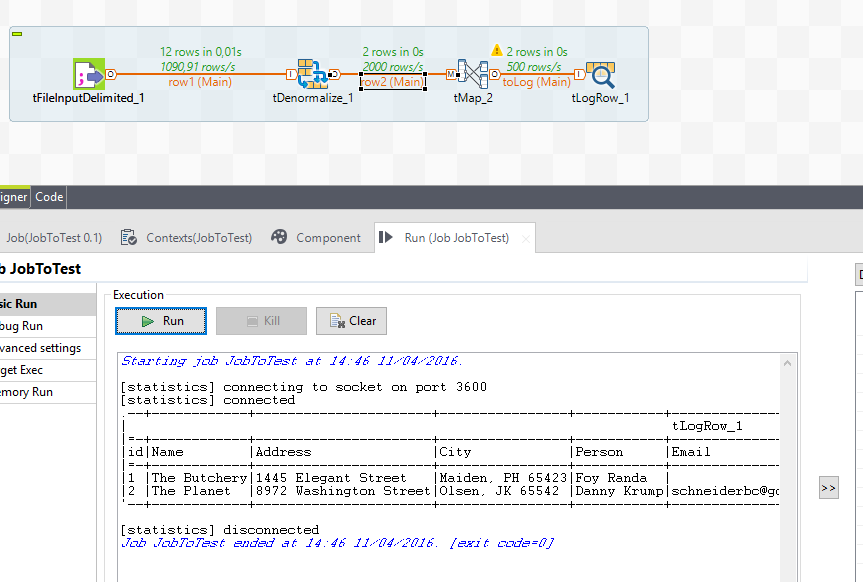 Since Talend doesn't accept to store Array objects, make sure to store the splitted String in Object format. Then, cast that object into Array on the right side of the Map.

That approach should give you the expected result.

You can use Talend's tPivotToColumnsDelimited component to achieve this. You will most likely need an additional column in your data to represent the field name.

Then you can use this component to pivot the data and write a file as output. If you need to process the data further, read the resulting file with tFileInoutDelimited .

See docs and an example at https://help.talend.com/display/TalendOpenStudioComponentsReferenceGuide521EN/13.43+tPivotToColumnsDelimited

Not the answer you're looking for? Browse other questions tagged talend or ask your own question.