How to enable Web Development feature in Visual Studio 2015?

I am trying to install Microsoft Azure SDK. I downloaded this version (2.9) of the SDK from here. And I am getting the following error in the picture.

But I don't have the SDK installed on any of them. And I can't seem to find any Web Development Feature in the IDE either. Does anyone know how to resolve this? 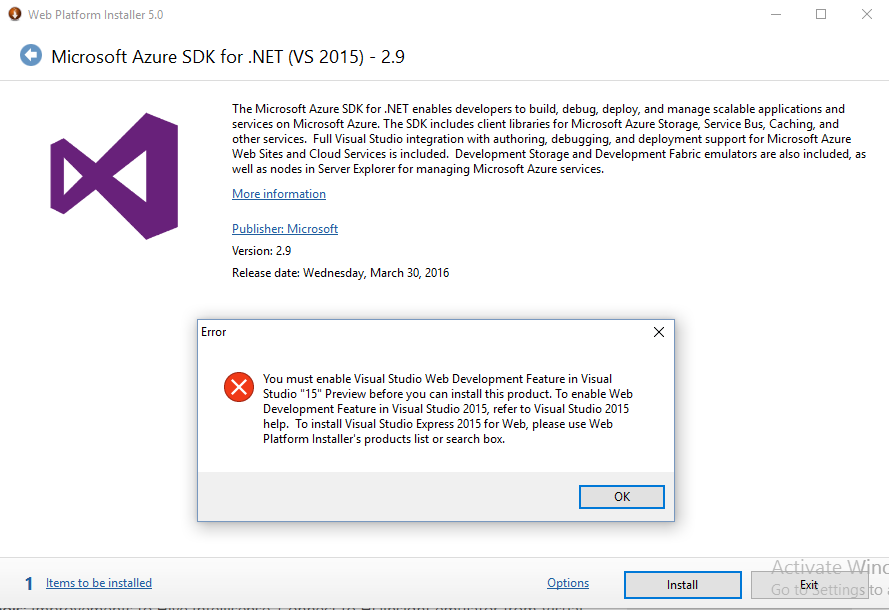 Given the situation, the issue is most probably that the relevant modules for Web Development weren't installed when Visual Studio was installed. Those modules are not selected to be installed by default.

The solution is to simply re-run the setup and select "Modify". On the list of modules, go to "Windows and Web Development". You should get Microsoft Web Developer Tools in the list. Just select that and install. That should do the trick.

@alchemist is right but I had deleted the VS2015 installer long ago (right after installing). So I went to the Control Panel > Programs And Features > Microsoft Visual Studio 2015 Community with Updates > (right-click) > Change

*walks towards the camera in slow motion on an exploding background