I updated Android Studio to version 2.0. The build failed and also takes longer than Android Studio version 1.5 to build. Every time I run my application, I clean and reload the project, but it's no use. The error message is:

Having same issue ! So instant run is not compatible with shrinkResources

If you're experiencing this issue when building a release build, keep in mind that Android Plugin for Gradle 2.2.0 (and above) seems to have a bug with shrinkResources.

Downgrade gradle to 2.1.3 for a temporary solution:

I reported this issue to wojtek.kalicinski (Android Developer Advocate at Google).

As it turns out, shrinkResources works only if there is minifyEnabled set to true. 2.1.3 version of Android Plugin was just ignoring the issue (and failing to shrinkResources silently). 2.2.0+ is letting you know that there is something wrong with an error (which itself isn't really informative). Google might introduce a better error message for this kind of scenarios in the future. 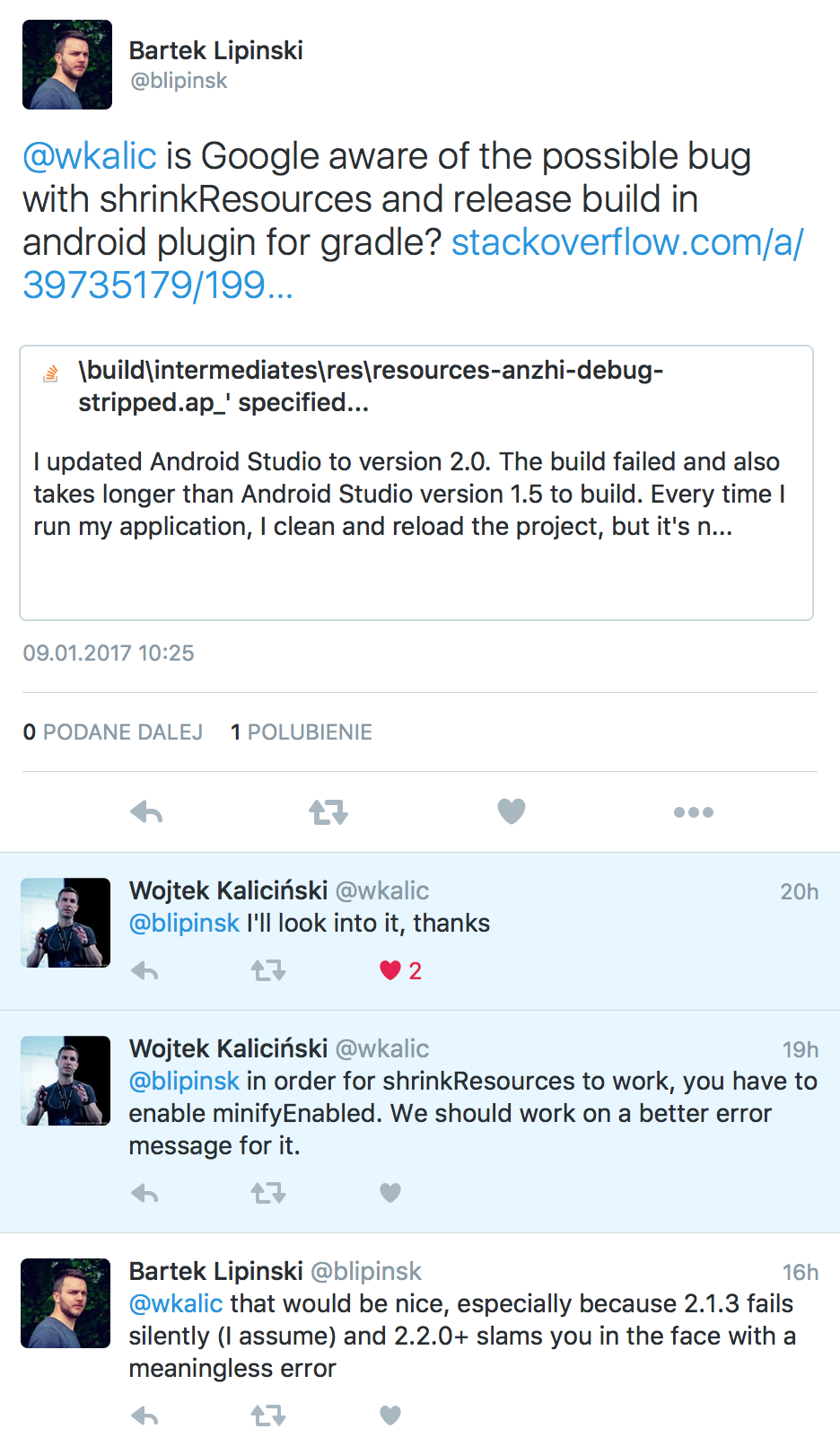 Probably you are shrinking the resources while avoiding minifying:

If you want to shrink the resources, you have to enable minifying:

Older versions of Build Tools were ignoring this issue, but it started throwing compilation issues on Build Tools 2.2.3

Set shrinkResources to false. It worked for me

Found an answer, just disable instarun and it should work. It worked for me.

As suggested by @Bartek-lipinski's post, I have confirmed on my own project that downgrading Gradle plugin to v2.1.3 will solve this problem of getting "InvalidUserDataException: File specified for property does not exist."

I have filed a bug with the Android tools bugtracker website, please upvote to get some more visibility on the problem.

In my project, because I added in the gradle shrinkResources, remove the Ok.

Not the answer you're looking for? Browse other questions tagged android android-gradle-plugin android-studio-2.2 android-gradle-2.2 or ask your own question.