the ios designer mac agent is not available

Hi am using visual studio 2015 community to create ios app.I am getting this error all time like the ios designer mac agent is not available.I am using win-7 64-bit os. 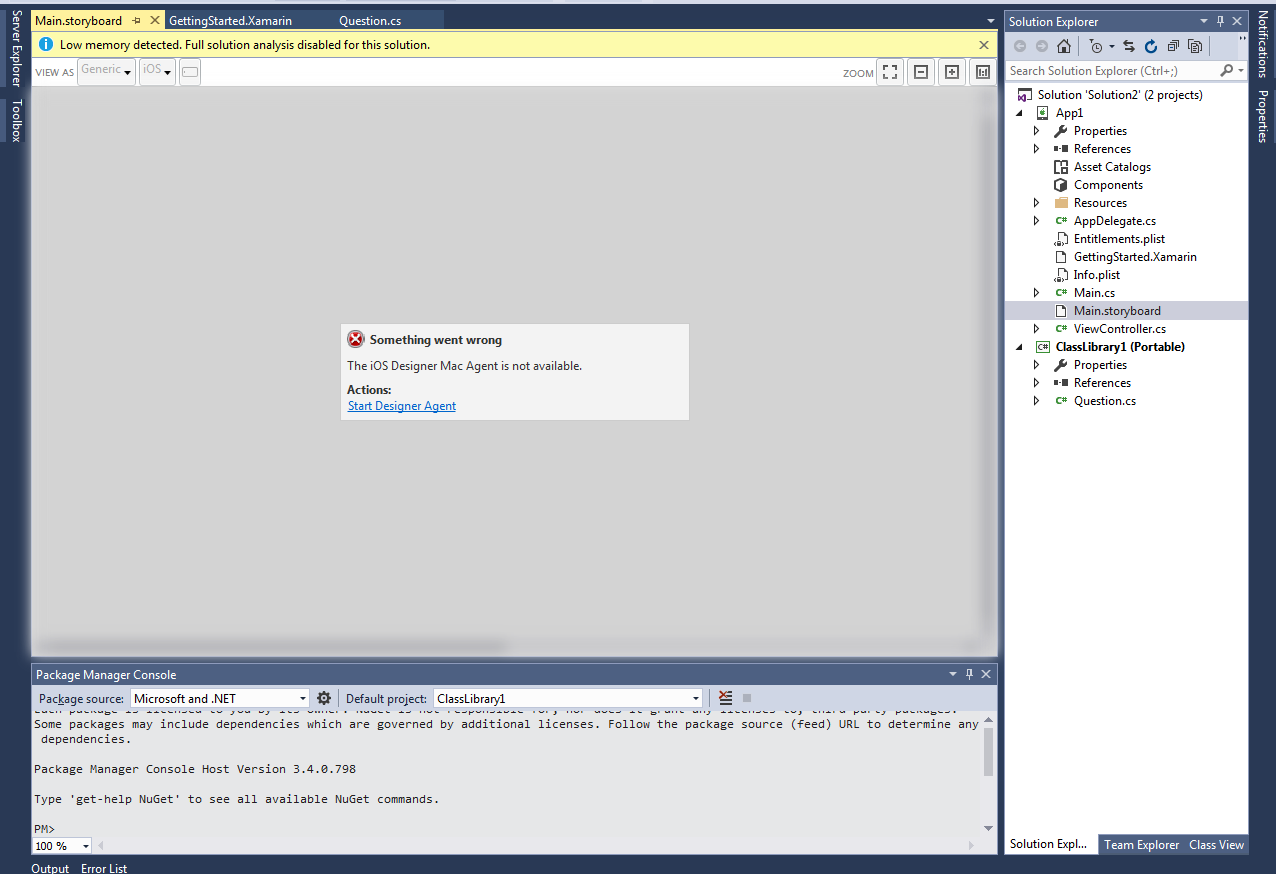 You have to have a Mac paired with your Windows OS in order to utilize the iOS Designer.

The Windows computer must be able to reach the Mac via the network.

Xamarin.iOS for Visual Studio accomplishes an amazing feat: it lets you create, build, and debug iOS applications on a Windows computer using the Visual Studio IDE. It cannot do this alone – iOS applications cannot be created without Apple’s compiler, and they cannot be deployed without Apple’s certificates and code-signing tools. This means that your Xamarin.iOS for Visual Studio installation requires a connection to a networked Mac OS X computer in order to perform these tasks. Once configured, Xamarin’s tools will make the process as seamless as possible.

This worked for me perhaps it might work for you

Delete the Xamarin folder in your %localappdata%\Local\Temp

If this fails reinstall/update mono on Mac

Not the answer you're looking for? Browse other questions tagged visual-studio xamarin xamarin.ios or ask your own question.