I have the following worksheet in IntelliJ:

This code works in the REPL, but seems to run only the first time (with some other errors). Each subsequent time, the error is:

How can I find the context already in use?

Note: I hear others say to use conf.set("spark.driver.allowMultipleContexts","true") but this seems to be a solution of increasing memory usage (like uncollected garbage).

Is there a better way?

I was having the same problem trying to get code executed with Spark in Scala Worksheet in IntelliJ IDEA (CE 2016.3.4).

I also did not put sc.stop() in the Worksheet. But I had to set master and appName parameters in the conf for it to work.

Here is the Worksheet version of the code from SimpleApp.scala from Spark Quick Start

I have used the same simple.sbt from the guide for importing the dependencies to IntelliJ IDEA.

Here is a screenshot of the functioning Scala Worksheet with Spark: 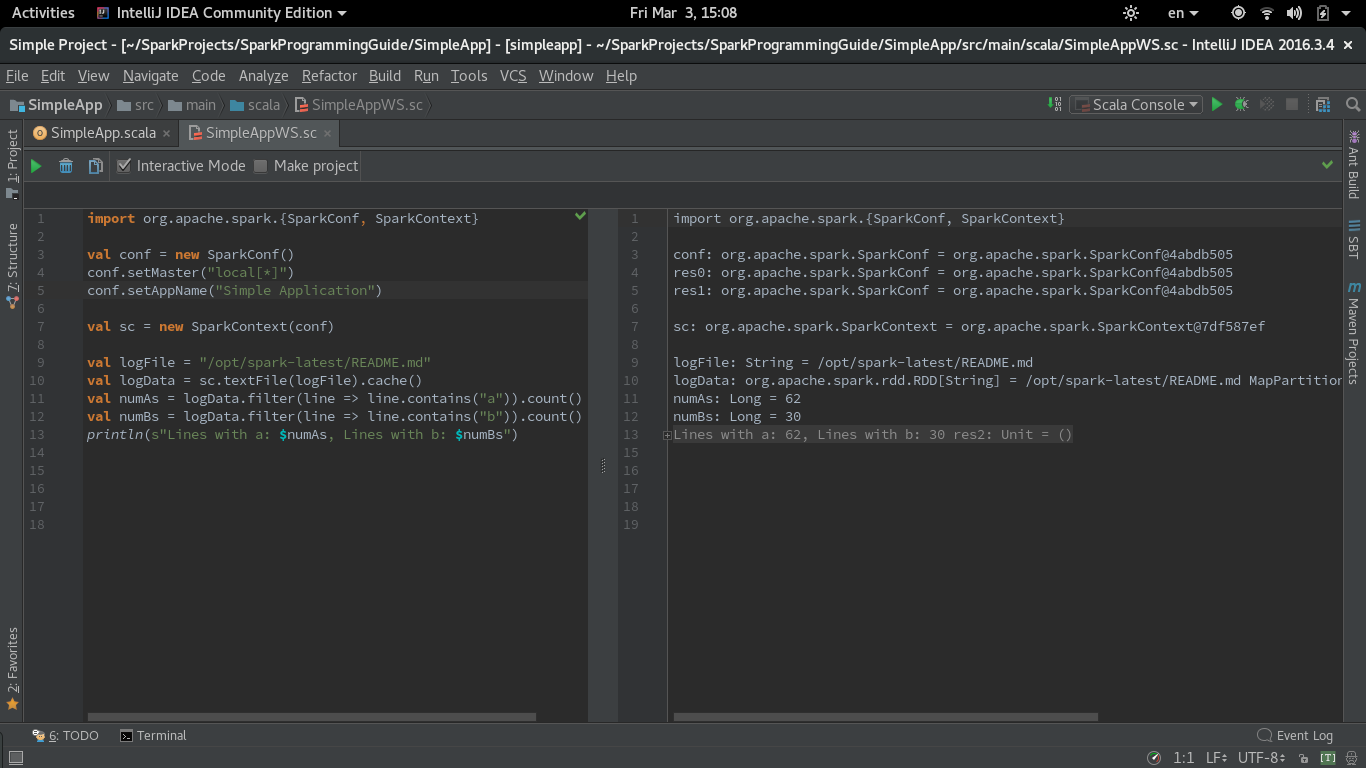 In 2017.1 Intellij introduced REPL mode for Worksheet. I have tested the same code with 'Use REPL' option checked. For this mode to run you need to leave the 'Run worksheet in the compiler process' checkbox in Worksheet Settings I have described above checked (it is by default).

Here is the Screenshot: 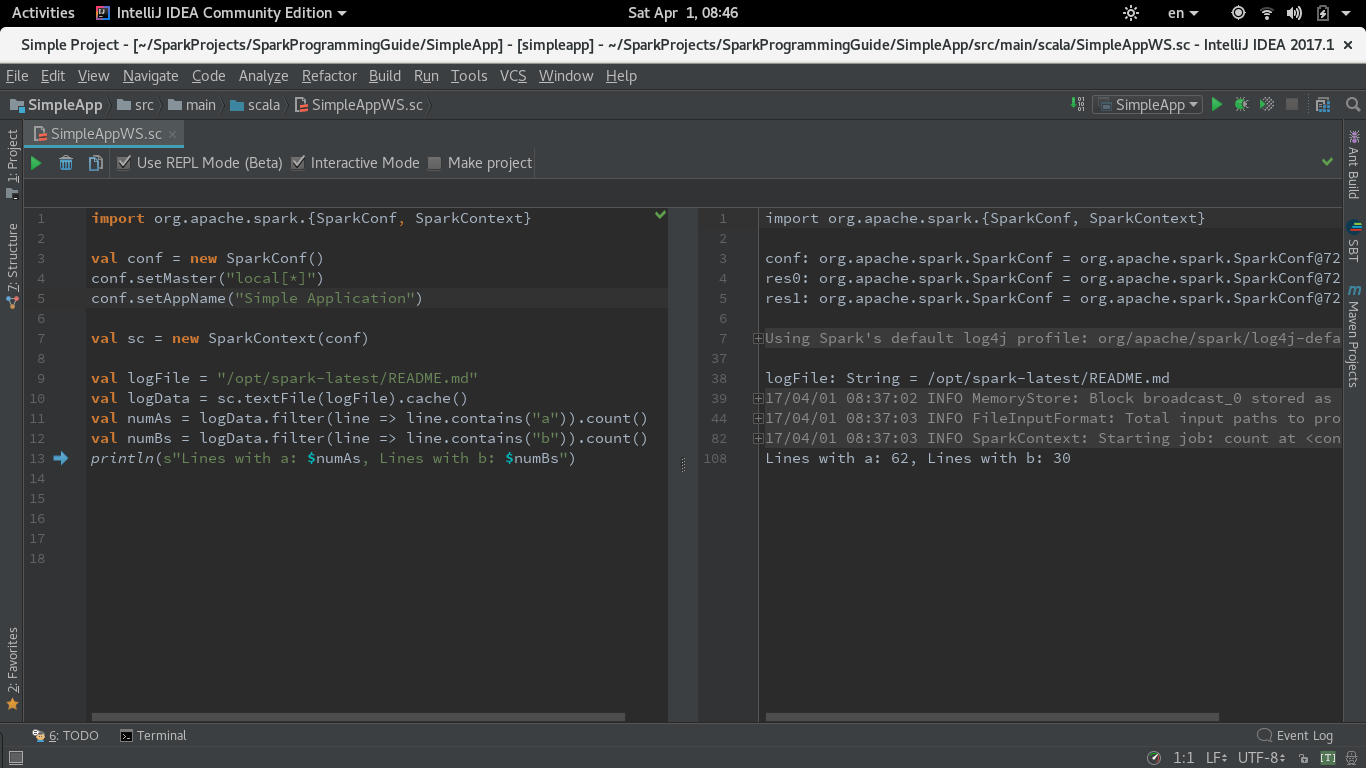 As detectivebag stated in this git post you can fix this problem by switching your worksheets to run in only 'eclipse compatibility mode':

2) under Languages and Frameworks select scala

Not the answer you're looking for? Browse other questions tagged scala intellij-idea apache-spark apache-spark-sql or ask your own question.

1373
How can I permanently enable line numbers in IntelliJ?
829
Correct way to add external jars (lib/*.jar) to an IntelliJ IDEA project
704
IntelliJ: Never use wildcard imports
660
IntelliJ show JavaDocs tooltip on mouse over
3
spark job cassandra error
0
EMRSpark Erorr:value couchbase is not a member of org.apache.spark.sql.DataFrameReader
0
JDBC-HiveServer:'client_protocol is unset!'-Both 1.1.1 in CS
3
How to load extra spark properties using --properties-file option in spark yarn cluster mode?
0
Parse and Show the data of a JSON file in Scala | Meaning of .config("spark.some.config.option", "some-value").getOrCreate()