Below is some code for a simple example dataframe and plot. I'm wondering how to conditionally colour the bars. I'm familiar with scale_fill_manual to manually colour the bars, but what if I wanted "Satisfied" in the 2016 facet to be a different colour if it's a lower percentage than "Satisfied" in 2015. Perhaps a red warning border or a different colour, like orange (just for an example).

This isn't the best example, but if I had a plot of year-over-year top box scores, this would be useful to have bars change colour if they dropped below a certain percentage. I tried playing around with "colour = ifelse(Perc < 60, "orange", "green" combinations, but couldn't get it to work. I'm not sure how to structure the ifelse statement or where to place it within the ggplot code.

Might be easiest to add a new variable to your data frame:

Then you can do: 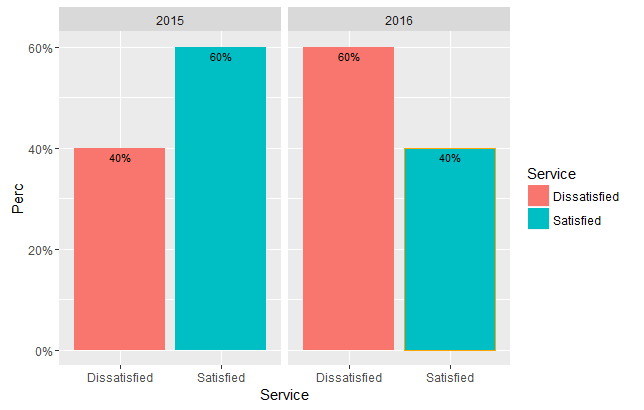 If you want to change the fill based on the condition you can do: 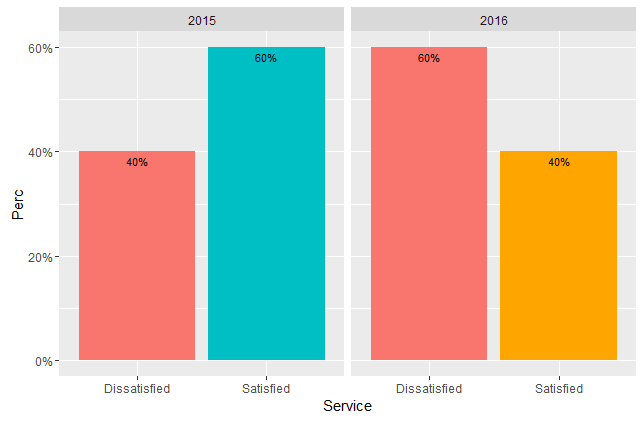