I have Visual Studio 2015 Update 2, so it should work as mentioned here: https://blogs.msdn.microsoft.com/visualstudio/2016/04/06/ui-development-made-easier-with-xaml-edit-continue/

However, after any change in XAML source (font size, colors, directly or in resource,...), change is not applied real time.

I am on Windows 7, latest .NET Framework. I must be missing something.

OK, I found this in a comment from Dante Gagne (Program Manager @ Microsoft) from the link in your question. I have VS2015 Professional Update 2 and was wondering what was going on.

If you’re meeting this criteria and still can’t get it to work, PLEASE get in touch with me and I’ll see if I can help.

His contact details are in the link from your question. Posted again here

Update 8/12/2016 As Legends mentioned in his comment VS2015 Update 3 does NOT have XAML Edit and Continue. Looks like we're going to have to wait until VS "15" is released. I'll update again if I see Microsoft put a release date out.

Update 5/10/2017 VS2017 is out and I believe that is the version where this is supported. Probably no more updates from here on out.

See VS2017 RC1 Installation installation error - Microsoft.PortableLibrary.TargetingPack.Msi failed - No XAML for more details on how I fixed a corrupt install. 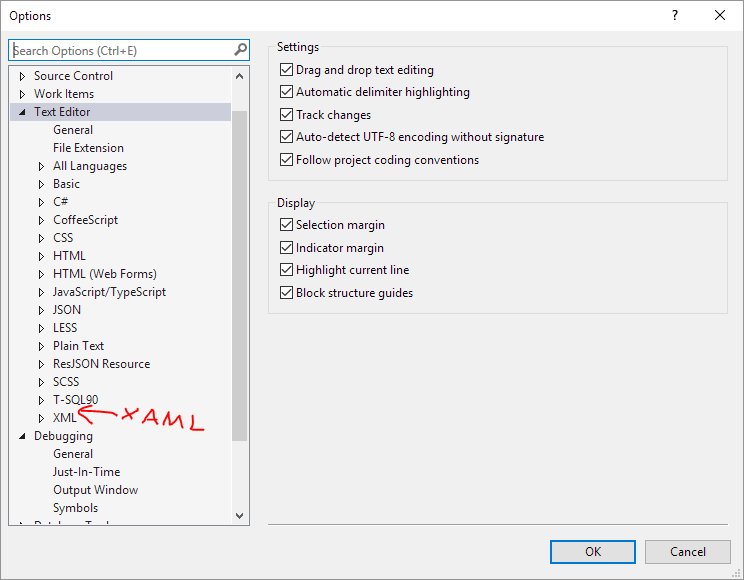 Make sure you're not just being stupid and accidentally reopening the old VS2015 after a crash too :-) They look very similar.

Not the answer you're looking for? Browse other questions tagged wpf xaml visual-studio-2015 or ask your own question.