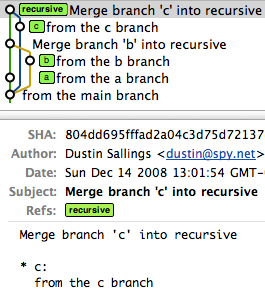 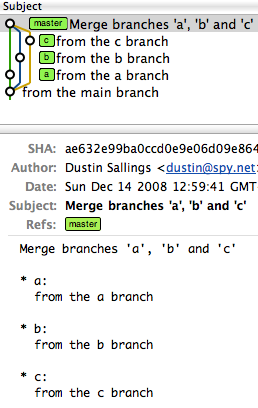 This comes from this thread from Elijah Newren:

For now, I'm calling it "Ostensibly Recursive's Twin", or "ort" for short. > At first, people shouldn't be able to notice any difference between it and the current recursive strategy, other than the fact that I think I can make it a bit faster (especially for big repos).

But it should allow me to fix some (admittedly corner case) bugs that are harder to handle in the current design, and I think that a merge that doesn't touch $GIT_WORK_TREE or $GIT_INDEX_FILE will allow for some fun new features.
That's the hope anyway.

In the ideal world, we should:

This is the beginning of a new merge strategy.

While there are some API differences, and the implementation has some differences in behavior, it is essentially meant as an eventual drop-in replacement for merge-recursive.c.

However, it is being built to exist side-by-side with merge-recursive so that we have plenty of time to find out how those differences pan out in the real world while people can still fall back to merge-recursive.
(Also, I intend to avoid modifying merge-recursive during this process, to keep it stable.)

The primary difference noticable here is that the updating of the working tree and index is not done simultaneously with the merge algorithm, but is a separate post-processing step.
The new API is designed so that one can do repeated merges (e.g. during a rebase or cherry-pick) and only update the index and working tree one time at the end instead of updating it with every intermediate result.

The "recursive" backend relies on unpack_trees() to check if unstaged changes would be overwritten by a merge, but unpack_trees() does not understand renames -- and once it returns, it has already written many updates to the working tree and index.
As such, "recursive" had to do a special 4-way merge where it would need to also treat the working copy as an extra source of differences that we had to carefully avoid overwriting and resulting in moving files to new locations to avoid conflicts.

The "ort" backend, by contrast, does the complete merge inmemory, and only updates the index and working copy as a post-processing step.
If there are dirty files in the way, it can simply abort the merge.

Conflict markers carry an extra annotation of the form REF-OR-COMMIT:FILENAME to help distinguish where the content is coming from, with the :FILENAME piece being left off if it is the same for both sides of history (thus only renames with content conflicts carry that part of the annotation).

However, there were cases where the :FILENAME annotation was accidentally left off, due to merge-recursive's every-codepath-needs-a-copy-of-all-special-case-code format.

Doing things this way makes it easier for the user to access the different versions and to resolve the conflict (no need to manually 'git rm '(man) the old version as well as 'git add'(man) the new one).

rename/deletes should be handled similarly -- there should be two stages for the renamed file rather than just one.
We do not want to destabilize merge-recursive right now, so instead update relevant tests to have different expectations depending on whether the "recursive" or "ort" merge strategies are in use.

And then it was discovered that our handling of directory/file conflicts was suboptimal because it would create untracked files to store the contents of the conflicting file, which would not be cleaned up if someone were to run a 'git merge --abort'(man) or 'git rebase --abort'(man).

It was also difficult or scary to try to add or remove the index entries corresponding to these files given the directory/file conflict in the index.
But changing merge-recursive.c to handle these correctly was a royal pain because there were so many sites in the code with similar but not identical code for handling directory/file/submodule conflicts that would all need to be updated.

I have worked hard to push all directory/file/submodule conflict handling in merge-ort through a single codepath, and avoid creating untracked files for storing tracked content (it does record things at alternate paths, but makes sure they have higher-order stages in the index).

After checkout(), the working tree has the appropriate contents, and the index matches the working copy.
That means that all unmodified and cleanly merged files have correct index entries, but conflicted entries need to be updated.

Implement handling of normal renames.
This code replaces the following from merge-recurisve.c:

Also, there is some shared code from merge-recursive.c for multiple different rename cases which we will no longer need for this case (or other rename cases):

The consolidation of four separate codepaths into one is made possible by a change in design: process_renames() tweaks the conflict_info entries within opt->priv->paths such that process_entry() can then handle all the non-rename conflict types (directory/file, modify/delete, etc.) orthogonally.

That, together with letting worktree/index updating be handled orthogonally in the merge_switch_to_result() function, dramatically simplifies the code for various special rename cases.

(To be fair, the code for handling normal renames wasn't all that complicated beforehand, but it's still much simpler now.)

Add some handling that explicitly considers collisions of the following types:

Note that in the case of recursive handling (i.e.
call_depth > 0), we can just use the merge base of the two merge bases as the merge result much like we do with modify/delete conflicts, binary files, conflicting submodule values, and so on.

55
What are git's merge strategies?
1
When doing a git merge, what does the 'recursive' strategy mean?
185
Revert a range of commits in git
58
What exactly is a merge conflict?
47
Git: Merge to master while automatically choosing to overwrite master files with branch
60
How do I merge multiple branches into master?
43
What constitutes a merge conflict in Git?
27
How does Git decide on conflicts?
27
Git merge using recursive strategy and patience option
16
Overwrite everything in master with another branch in git
See more linked questions

7888
How do I remove local (untracked) files from the current Git working tree?
3105
I ran into a merge conflict. How do I abort the merge?
5289
How do I resolve merge conflicts in a Git repository?
13521
What is the difference between 'git pull' and 'git fetch'?
1735
How can I selectively merge or pick changes from another branch in Git?
2235
When do you use Git rebase instead of Git merge?
25334
How do I undo the most recent local commits in Git?
6236
Move the most recent commit(s) to a new branch with Git
4734
Undo a Git merge that hasn't been pushed yet
5769
How do I change the URI (URL) for a remote Git repository?