I installed a MEAN stack on Google Cloud Engine (GCE) via this link.

So the engine created my instance successfully and it looks like this:

I created a new firewall rule to accept any incoming requests (actually do I need to do this? default-allow-http has the same rule right?):

But when I try to access the IP using Chrome, I get an error. The error persists even when I change the browser e.g. IE or Firefox: 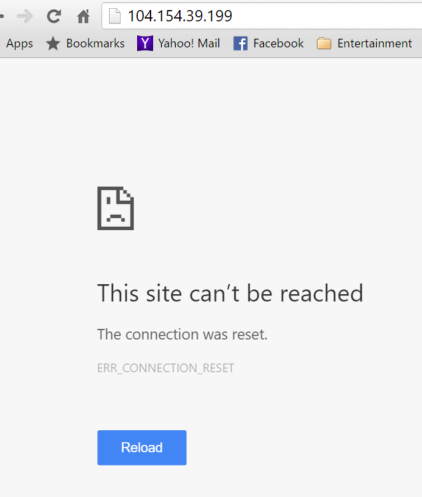 I have confirmed that I can ping the address:

I even tried to assign a domain name to the instance but it still does not work:

May I know what I am doing wrongly?

Would appreciate any advice! Thanks in advance!

I had the same problem after installing the JIRA Core app, and I was able to solve it with the following steps. I honestly did not install MEAN stack but most of the steps to solve this error must be the same (except for port verification and service execution).

I hope I can help you at some point. GL

MEAN stack app is running with Express on port 3000 (default address) only on localhost address for security reason. To promote application to be visible on internet (on port 80), just create a proxy reverse clause on apache (or nginx, or...).

if app is lauched on your instance you can open it using http://address_of_VMInstance/yourapp

More explicitly - The firewall's job is simply to intercept disallowed incoming connections and silently drop them.

In this case, you: (a) see ping responses from the VM's public IP address, indicating that ICMP is not blocked by the firewall. (b) see a TCP RST packet sent by the VM in response to the TCP SYN packet your browser sent as it attempted to connect to a TCP server on the VM. This indicates that packets addressed to TCP port 80 are also passed by the firewall, as expected.

What's missing here is a server application on your VM that listens to connections on port 80, receives HTTP requests and responds. You might try running, say, Apache (or Nginx, which is even simpler to set up).

In answer to your other question - you don't need the second tcp:80 firewall rule - but if you want the default http rule to allow packets to your VM, you will need to a tag to your VM labelled "http-server".

NOTE: Edit the port no. as per you requirements 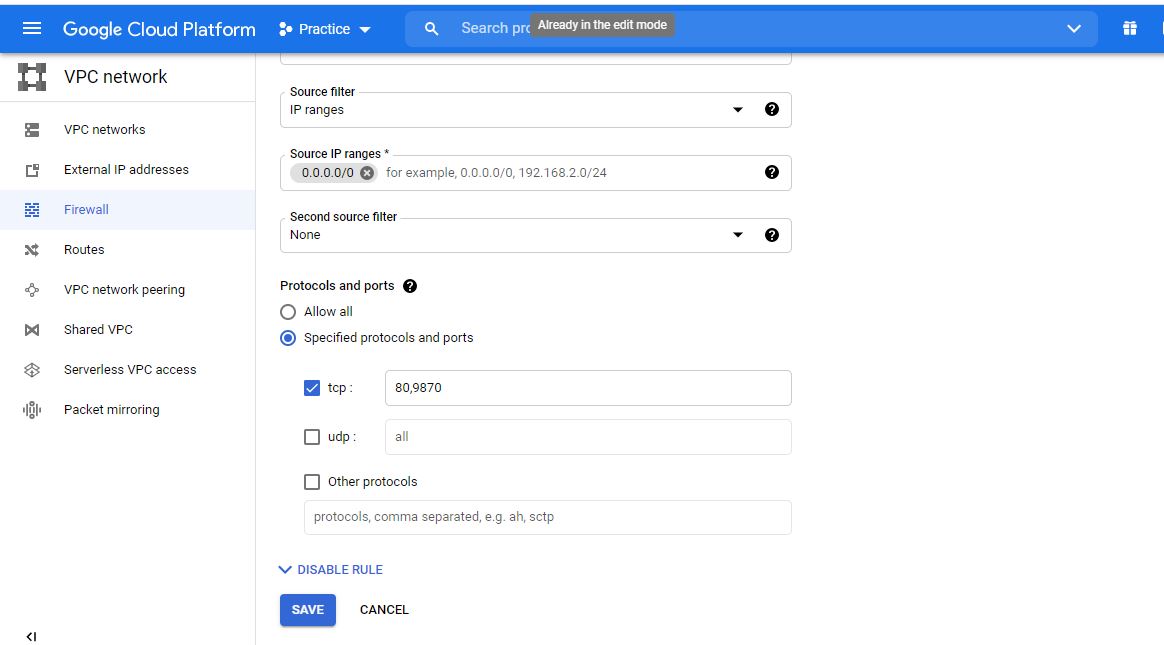 The error is CONNECTION_RESET. My guess is MEAN stack is not listening on port 80.

Not the answer you're looking for? Browse other questions tagged google-cloud-platform or ask your own question.