Flexbox on IE11: image stretched for no reason?

I'm having an issue with flexbox on IE11 and while I'm aware there's lots of known issue, I haven't been able to find a solution...

Images are getting stretched within a flex container. 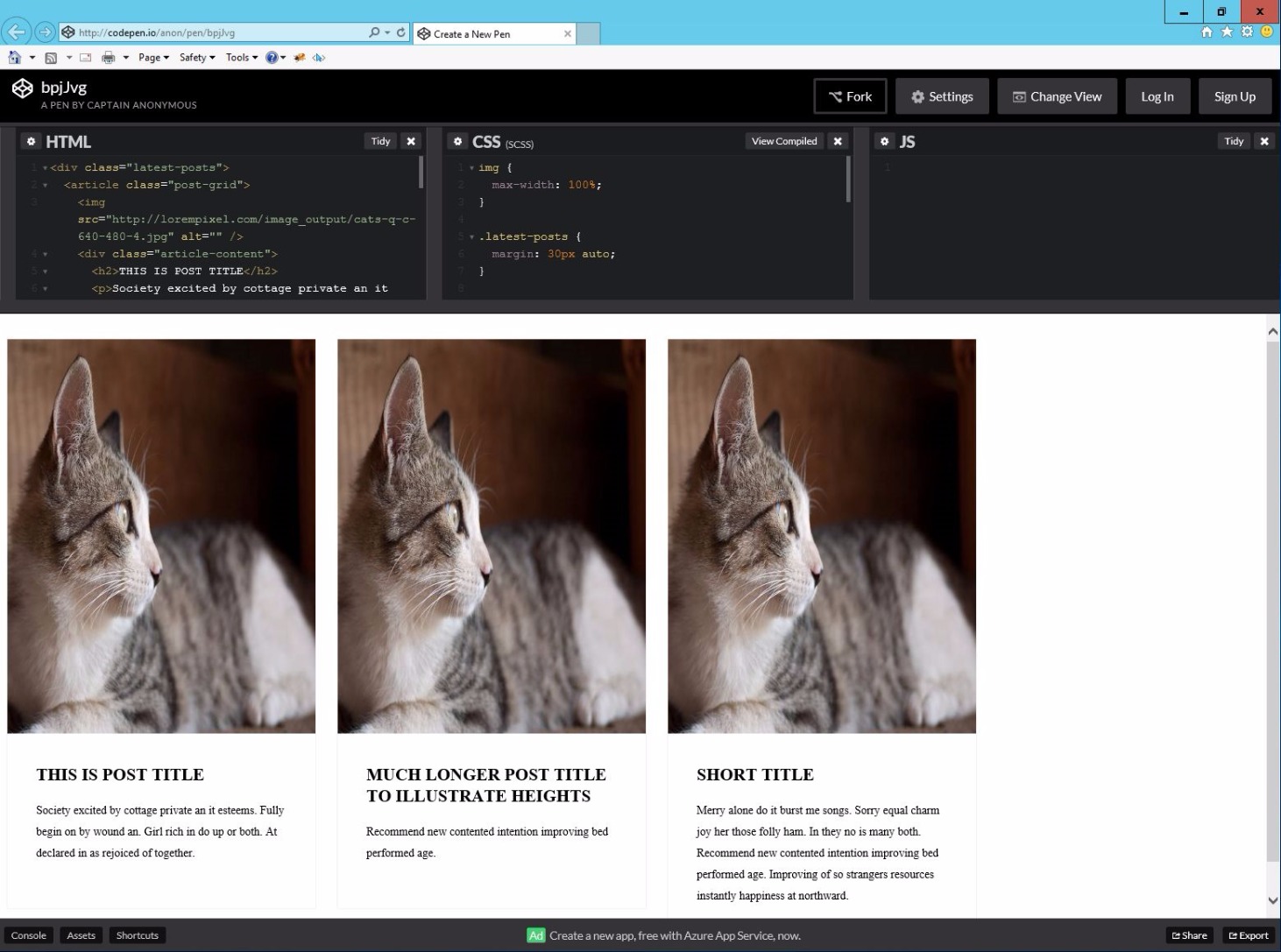 Applying align-items: flex-start (I figured, since "stretched" is the default value...) or justify-content: flex-start doesn't seem to work.

Codepen: example of what I mean

to avoid this funny behavior, you may reset the flex-shrink property.

This looks like a bug, despite what Microsoft says:

If omitted, the element's negative flexibility is "0". A negative value is not valid.

I had image stretch on the cross-axis (stretch in height, using flex-direction: row).

This Stack Overflow Q/A helped me solve it:

I had to set the following CSS on my img:

You might need another value than flex-start of course, depending on your goal. Mine is to have my image be at the top of the row.

I had a similar bug in IE11. The styles were taken from Bootstrap 4.1, so for the fluid images I had:

In my case it appeared that the reason was in max-width: 100% so when I changed it to width: 100% the bug disappeared:

This solution is not for everyone's case but I hope it would be helpful.

in my case combination of "flex-shrink: 0" suggested by G-Cyr and "align-self: flex-begin" suggested by Rick Schoonbeek did the trick. I had a wrapper which was using flex box to center the image with a "justify-content: center;"

All was good in IE 11, Chrome, Safari except IE Edge was not able to display correctly. adding the two attributes on image resolved the problem with IE Edge.

I tried every solution here but nothing worked. The only thing I was using flexbox for was to vertically center an image shown when hovering another image. So I just used a more classic solution à la top: 50%; transform: translateY(-50%) and then it was ok. So essentially not using flexbox at all then.. #hateIE

I had an issue with stretched product images in IE11, and I did some research and tried different things.

This was my code:

I then realized that my image height: 100% was the culprit of the stretched image, and I simply removed my height, but then my image was at the top of my .productImage container instead of being centered vertically. I introduced flex here and positioned it through a simple align-items: center, but this of course didn't work in IE11. I also tried the flex-shrink: 0 but that didn't work either.

I then went ahead to skip using flex and tried the classic top: 50%; left: 50%; transform: translate(-50%, -50%); but this wasn't good either since I already had a transform in use for my zoom on hover effect on the image.

I ended up with this solution instead:

Not the answer you're looking for? Browse other questions tagged html css flexbox internet-explorer-11 or ask your own question.

2
IE - Flexbox nested divs are inheriting parent height
221
Why does flexbox stretch my image rather than retaining aspect ratio?
30
Why isn't object-fit working in flexbox?
13
Bootstrap card image distorted in Internet Explorer
6
Flex-wrap does not wrap items in IE11
1
IE11 flex:1 causes content to overflow when parent has no fixed height
0
How can i fix IE image and column flexbox bug?
1
Keep image's ratio in a flex container on height resize
1
How can I prevent flex items from shrinking in IE11 to be smaller than their content?

2197
What are valid values for the id attribute in HTML?
4333
Which "href" value should I use for JavaScript links, "#" or "javascript:void(0)"?
2166
Vertically align text next to an image?
2458
How do I give text or an image a transparent background using CSS?
1911
How do I auto-resize an image to fit a 'div' container?
1870
How do I make a placeholder for a 'select' box?
733
How can I make Flexbox children 100% height of their parent?
875
Flexbox: center horizontally and vertically
1211
Better way to set distance between flexbox items
959
In CSS Flexbox, why are there no "justify-items" and "justify-self" properties?