How to monitor ActiveMQ Artemis

I've read on this page about some third-party tools that can be used to monitor an ActiveMQ instance and I assumed that it also applied to Artemis. Unfortunately, I have not been able to get these third-party tools to work. Some of them don't seem to work well on Windows and some are old/inactive.

My clients are communicating with the brokers through NMS (.NET Messaging API) in C#. If anyone has been able to monitor their Artemis broker, especially on a Windows machine, please let me know how you did it!

EDIT: I have managed to communicate with the Jolokia REST API now. With a GET request to:

Take a look at the Management chapter of the Artemis manual. As far as I know, the following options are available to you

JMX is a Java API for managing Java servers. There are multiple GUIs that connect to java servers via JMX. The most notable being jConsole. There is a list of other GUIs here or there, or you could build your own 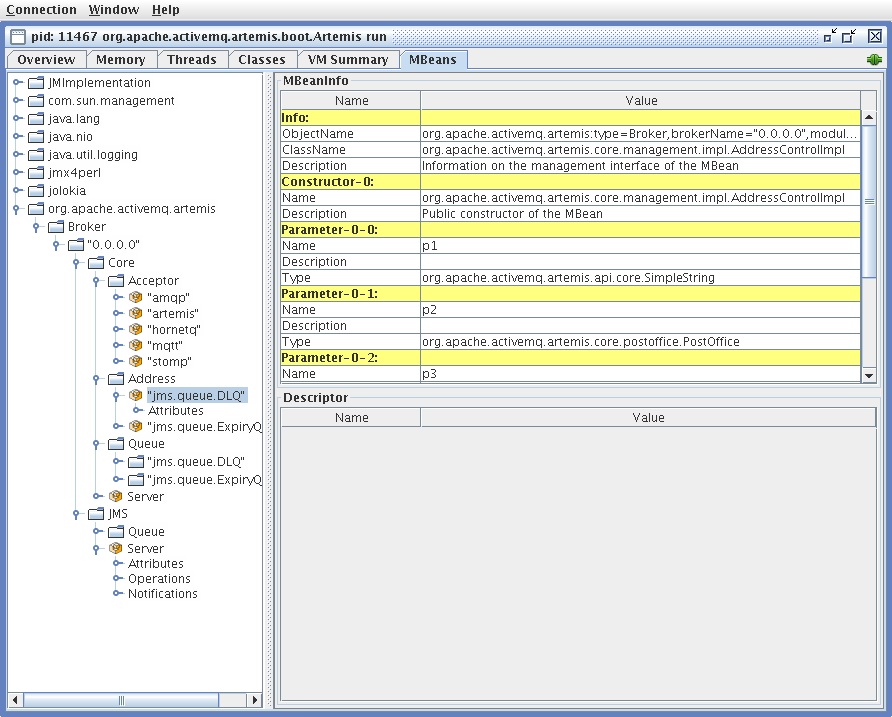 jConsole is a GUI application that you can connect to a JMX enabled server. It is a part of the Java JDK, so you probably have it installed already.

Jolokia, tutorial, is a JSON API layer over JMX. It makes the JMX interface accessible over HTTP(S). You may query the information using any HTTP client library. You already figured out this in your question. Again, there are GUIs on top of that, the most notable being 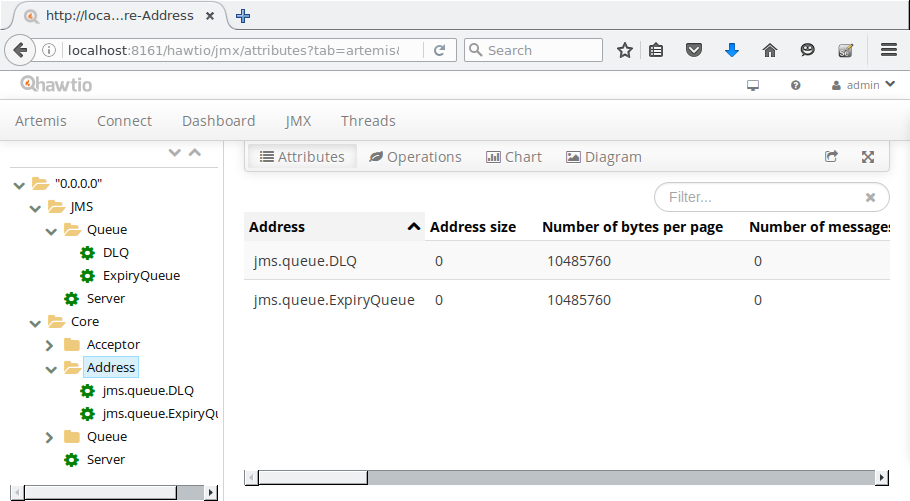 Hawt.io is an Angular.js management console. It can be thought of as a GUI for Jolokia.

Hawt.io plugin is built in, no extra setup necessary.

There is a hawt.io plugin for Artemis made by Red Hat. Compile the plugin and get a .war file. Artemis contains a built-in Jetty webserver. You need put that war to apache-artemis-1.3.0/web. You also need to download hawtio-default.war from http://hawt.io/getstarted/index.html to the same directory. Then, in the instance directory, edit etc/bootstrap.xml and add these wars to config.

Or you can get Red Hat AMQ 7, currently in Alpha, which has the management plugin built in. Start it up and go to localhost:8161/hawtio. I work for a company that sells that product. 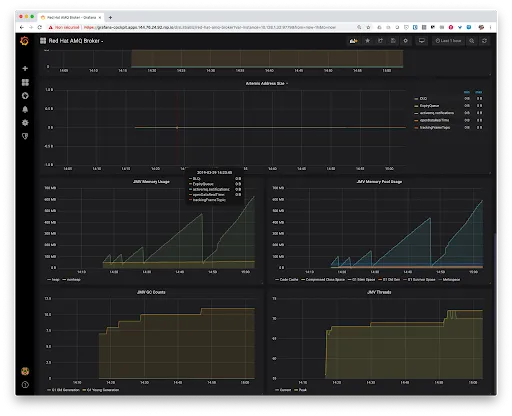 There is a repository and an accompanying blogpost that describes Prometheus and Grafana setup with ActiveMQ Artemis, all running in OpenShift.

The jmx exporter for Prometheus contains example config for Artemis 2 to get started.

The simplest and easiest way to monitor the broker is with the ActiveMQ Artemis web console. This was added back in 2.3.0 (released in September 2017). At that time it was based on Hawtio 1, but it was recently updated to Hawtio 2.

The most powerful and flexible way to monitor the broker is to use a metrics plugin. Metrics plugins allow integration with specialized monitoring tools like CloudWatch, Datadog, Dynatrace, Elastic, Prometheus, etc. A Prometheus metrics plugin implementation is available. That combined with a Grafana dashboard for visualization and alerting is very powerful.

Not the answer you're looking for? Browse other questions tagged activemq-artemis nms or ask your own question.

50
What is the best or most commonly used JMX Console / Client
0
Active MQ Artemis via jConsole/JMX
0
AppDynamics monitoring with AMQ 7.0.1