How does some apps(wechat) ignore fake location and then detect the real one?

I have installed a fake location app and set my location different. Then opened Google Maps and Wechat app,

Then i wanted to prevent wechat analyze my previously received real locations and new fake location.

But same result, it detects my real location.

I really want to understand how they do this. Any ideas?

What i have tried

Uses GPS even when disabled. 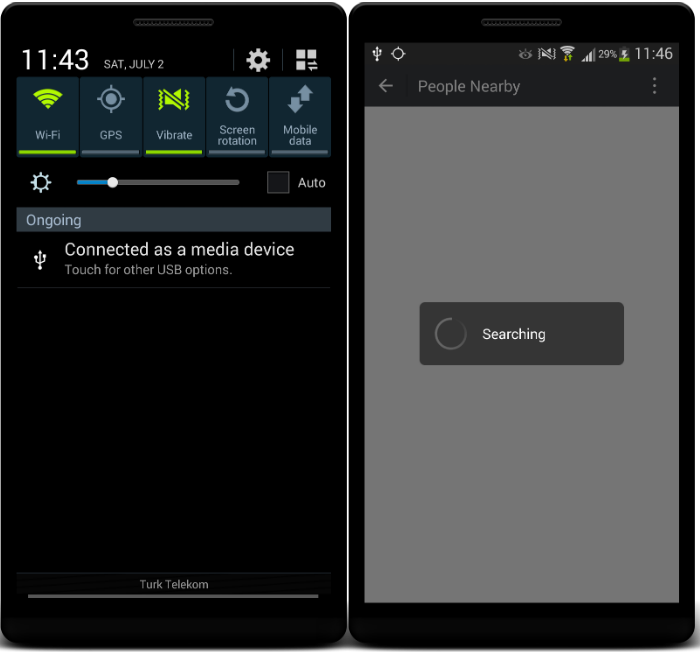 To check for fake location most applications look for GGA and GSV sentences in the NMEA (National Marine Electronics Association) data received by them. The fake location providers do not send NMEA sentences along with location, so this parameter can be used to
If they haven't received and GGA and GSV sentences in a threshold amount of time, say 100 seconds they red flag the current location provider.
This process is repeated till a valid set of NMEA sentences has been received and then the corresponding location is selected.

To retreive NMEA data LocationManager#addNmeaListener(GpsStatus.NmeaListener listener) is called and then in the listener

for more info see adding a NmeaListener
the NMEA sentences, GGA and GSV look as follows

GSV - Satellites in View shows data about the satellites that the unit might be able to find based on its viewing mask and almanac data. It also shows current ability to track this data. Note that one GSV sentence only can provide data for up to 4 satellites and thus there may need to be 3 sentences for the full information. It is reasonable for the GSV sentence to contain more satellites than GGA might indicate since GSV may include satellites that are not used as part of the solution. It is not a requirement that the GSV sentences all appear in sequence. To avoid overloading the data bandwidth some receivers may place the various sentences in totally different samples since each sentence identifies which one it is.

It's for safety purpose.

The reason I was asking the questions in the comments is that I was hoping you tested how Wechat responds to different conditions.

There are a couple of other ways to detect device location which TestProvider shouldn't affect AFAIK. This needs testing but here are some ideas:

Then you can remove the TestProvider from the LocationManager and get the actual location.

Even wechat would use this approach before requesting location updates, to avoid providers being spoofed by other applications, like something below

So this approach causes throwing a IllegalArgumentException on the location faker app. Even in that case, i can easily handle this issue and continue spoofing GPS and NETWORK providers again,

Everything works perfectly but out of WECHAT

Fake locations are possible if ALLOW_MOCK_LOCATION is set and a TestProvider is added to the LocationManager. To get the real location you need to do these two steps:

Checkout Jambaaz answer to get an example how this works in code.

Note: To remove an TestProvider you need the Permission android.permission.ACCESS_MOCK_LOCATION and ALLOW_MOCK_LOCATION is now deprecated since API 23. You can now check if the Location is from a TestProvider directly from Location.isFromMockProvider()

I have managed to spoof location with wechat and zalo, both seem just as difficult.

I would load a mock location and fake gps app. set my location. check maps and see it's correct, can even move around the world and it's working.

But wechat and zalo don't agree, they say I am in my basement lol.

THEN I uninstall fake gps app (might be able to force stop and disable) and go to wechat and clear location etc and try again and often it will move me to faked gps location. It won't stay that way after closing the wechat app though. it is temporary.

It might not be easy to do but might give someone a hint or path to look at.

Not the answer you're looking for? Browse other questions tagged android location android-gps or ask your own question.