How can I force Java Web Start to run a self-signed JNLP?

We are developing an app that uses Java Web Start.

When I try to start my JNLP file, I get this warning:

The "Location" (http://<IP>:port) has been added to the Exception Site List. I would have thought that this would in itself be enough to make the JNLP run.

However, I have also done the following under "Advanced": 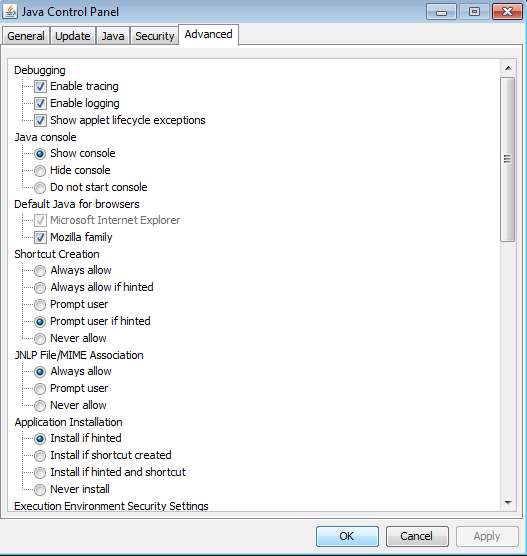 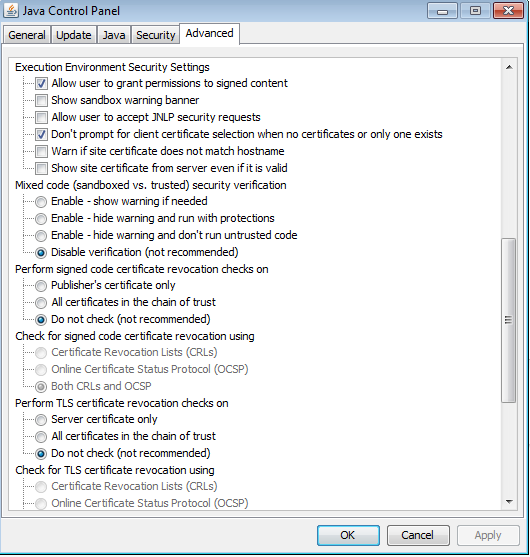 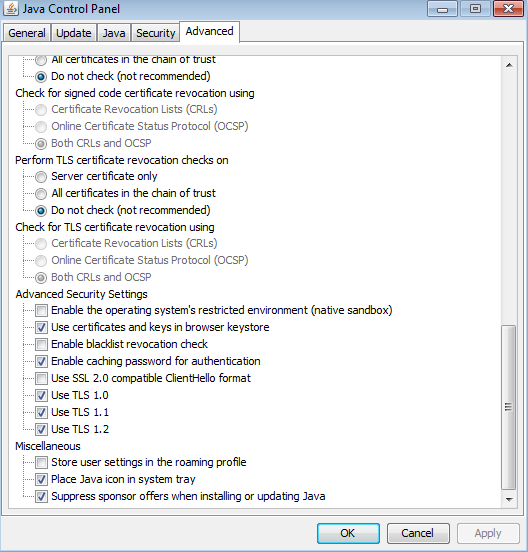 What more do I need to do to make my JNLP run?

The problem was that the Permissions attribute was missing in the manifest, and was therefore blocked without warning in Java 1.8. The warning appears if you run Java 1.7.

Java security is a fun little thing to have to wrestle with.

Add the site for your JavaWS application to the Java Security exceptions list. You're saying you've done that, but have you also tagged your JNLP file to indicate what site it came from?

At heart, the jnlp file is just an XML file and unless it says where it came from, java might be unable to determine whether it comes from a trusted site.

Do you have a tag in the JNLP similar to this?

Specifically, the bits for the href (name for the jnlp file on the codebase) and codebase (where the jnlp file and jars can be found).

Alternately, you might try invoking javaws directly from the command line:

This would let Java grab the JNLP file itself, rather than the launch process from the browser which might fail to tell Java which URL the jnlp came from.

Not the answer you're looking for? Browse other questions tagged java windows security java-web-start or ask your own question.

1526
How can I concatenate two arrays in Java?
1570
Fastest way to determine if an integer's square root is an integer
1074
How can I generate an MD5 hash in Java?
1070
How can I get the current stack trace in Java?
1742
How can I avoid Java code in JSP files, using JSP 2?
3597
How can I create a memory leak in Java?
3
Make a JNLP Web-Start applet resizable
1025
Can't start Eclipse - Java was started but returned exit code=13
4
JRE-9 deprecate browser plug-in - Can web start (JNLP) run directly in JRE-9?
0
Java Web Start Application Run from HTTPS Server Blocked By Java Security