Does Microsoft's ChakraCore provide any performance benefit over Google's V8 when used as JS Engine for Node.js [closed]

Ask Question
Asked 4 years, 5 months ago
Active 1 year ago
Viewed 9k times
20
Closed. This question needs to be more focused. It is not currently accepting answers.

[I have Edited my question to narrow down the scenario to only Node.js. Please Re-Open it. It is a helpful question and Proper answers might come in future and not sooner as ChakraCore is still at very young age. But this question is Valid and Should be here]

We all have known / read / heard about the glory of Google's V8 Engine and how it has made node.js the beauty it is, for years.

But now that we have an option to choose between Microsoft's ChakraCore and Google's V8 as our preferred JavaScript Engine, I am wondering if someone has any evidence, or test cases where they have found one to be more efficient than another for nodejs.

Please back your answer with some facts and results, because someone should not be using/choosing Chakra only because he/she loves Microsoft or and same applies for V8 and Google.

How they are different?

Whereas most modern JavaScript engines translate all JavaScript code into efficient machine code (source), Chakra has an intelligent and high-performance interpreter. This interpreter has intelligent heuristics that can determine whether to compile your code into machine code or interpret it. An interpreter is usually faster to start and requires less memory to run, which makes Chakra very attractive for resource-constrained environments (such as a Raspberry Pi).

In 2015 Microsoft introduced support for Node.js with Chakra to allow developers to target the Windows IoT Core platform. The recent open-sourcing of ChakraCore has allowed Microsoft to develop in the open and align better with Node.js release schedules.

In striving to build a memory efficient JavaScript engine, Microsoft have actually built a competitively fast one. At the time this article was written, Chakra outperformed V8 in some cases: 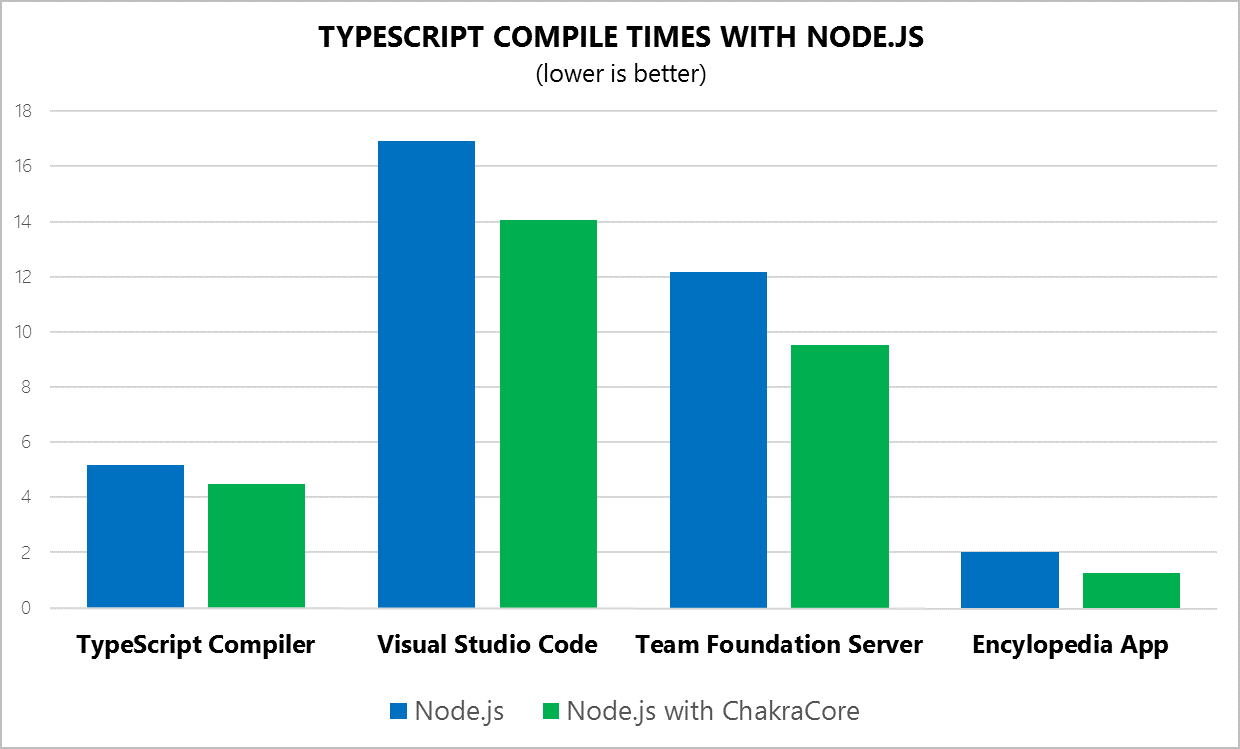 Benchmarks aren't necessarily indicative of real-world performance but this competition in VM performance will eventually lead to a faster Node.js runtime for users of all VMs.

It's also worth mentioning that having their own JavaScript engine will allow Microsoft to freely innovate. One early innovation is time-travel debugging.

How they are different?

Well the question is bit too broad to answer currently in the format but i will try answering it.

Google's V8 engine has all the features which is required to have a blazing fast performance out of it. So, basically this one is the base for the nodejs for quite a while and it will be there for long run.

On the other hand Microsoft's ChakraCore is also been actively developed and it has two layer structure (unable to name it) with Chakra Shim and ChakraCore.
Thing to notice Chakra Shim implements the most essential V8 APIs so that the underlying JavaScript engine change is transparent to Node.js and other native addon modules written for V8.

For OP: Look for webassembly too.

Not the answer you're looking for? Browse other questions tagged javascript c++ node.js v8 chakra or ask your own question.

383
Why does the C++ STL not provide any “tree” containers?
11
Does node.js have any performance advantage over client-side Javascript (vs. Chrome/V8)?
6
Are there any ports or alternative implementations of the node.js platform with JavaScript engines other than V8?
162
ECMAScript 6 features available in Node.js 0.12
5
How to detect from nodejs which JavaScript engine it is running on?
3
Can JXcore work with ChakraCore on Windows 7?
8
Does the .pipe() perform a memcpy in node.js?
1
Do i need to do any settings on node.js app running on Google app engine?