I am trying to use Docker on a windows machine and is hit with every possible issue it seems. My latest one is this: My machine is running but I can't seem to interact with it using the docker commands. If I run a very standard command like:

So apparently some path is all messed up. Do anyone know which path this is and how to fix this?

When running docker ps and receiving:

The following environment properties need to be set:

This is assuming the %USERPROFILE%\.docker\machine\machines\default is default path where the cert.pem, key.pem, ca-key.pem, and ca.pem docker files are; the virtual machine name's (created by docker-machine create) is default and Virtual Box DHCP Server's lower bound (found under VirtualBox->File->Preferences->Network->Host-only Networks->hover mouse on VirtualBox Host-Only Ethernet Adapter) is 192.168.99.100 and no other VM is running in VirtualBox.

In the Docker Quickstart window, at the $ prompt run the below line:

Then, you'll be able to run "docker run hello-world".

I run into this problem when using docker-machine and I haven't run the docker-machine env command after rebooting. I'm not sure how to do this in cmd.exe, but if you're using powershell try issuing this command:

Make sure Hyper-V is up and running:

I created a new machine using the below command

Then executed the command

I had to deal with the same issue on Windows.

I had a look at all the above answers and none of them worked. Then I found out that the command has to be run on a linux command line like bash. so try:

As pointed in other answers you need to set a few environment variables.

The easiest way to do it is:

This will run docker-machine env --shell cmd and add those environmental variables.

If you want these variables to be persistent defined them in windows (tutorial).

Right click the Docker icon in the tray a select "Switch to Windows containers...". You may be prompted to enable the Containers feature. Do so and reboot, again.

In Command/cmd windows, when I tried to run commands docker ps, docker version, docker info, the I got error like “error during connect: Get http://%2F%2F.%2Fpipe%2Fdocker_engine/v1.34/version” every time.

To resolved this issue,

So, turning Hyper-V off and then on resolved this issue for me.

To start default host in windows I know three ways given below you can use one of them.

I got the solution from this issue. It not just like Nikesh's answer said SwitchDaemon could fix it directly. I think you should run this command twice to switch your daemon to your previous daemon.

This command is just switch your daemon from your defualt daemon to another daemon(depends on what you set). When you switch to another daemon, the images and containers on the former daemon will disappear(but not deleted).

Deleting the C:\ProgramData\docker.pid file did the trick.

below resolved. i copied answer from another forum

I had this problem after update. After re-installing VB I switched on "VirtualBox NDIS6 Bridged Networking Driver" in properties network connection.

It property switched off default in my case. 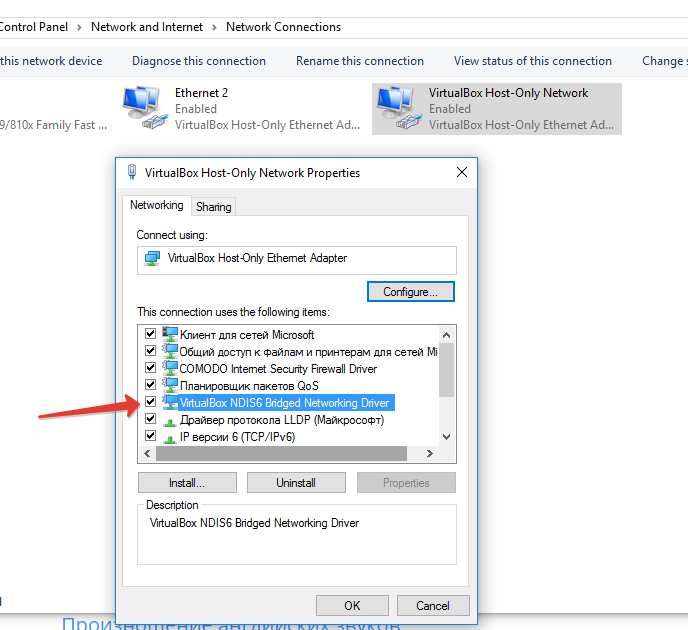 Windows 10 Professional For me the Docker service was running but Docker still needed to be 'started'. That is, I had the setting 'Start Docker when you log in' unchecked in the Docker tray icon.

Prior to finding this out I had gone to the program folder Docker and clicked 'Docker for Windows'. After a short time the message 'Docker is running' was displayed.

For me, this error was resolved after I removed daemon.json file in "%programdata%\docker\config"

I created this manually as part of some testing. But after I restarted the server, I started to get the error in this question.

The error is really troubling. I hope Docker Developers do something about. It took a lot of try and error to get around. Thanks to Stackoverflow and other blogs. In my case, I am using Windows 10 Pro. I settled with DockerToolbox.exe after several failed attempts with Docker for Windows Installer.exe. Then I encountered An error occurred trying to connect: Get http://%2F%2F.%2Fpipe%2Fdocker_engine/v . The followed these steps and the problem got solved. First, I went to Control Panel -> Turn Windows Features On or Off and unchecked Hyper-V

Next, Open PowerShell as Admin:

Restarted my System. Then I launched "Docker Quickstart Terminal", then I entered this on the shell window.

I it went well. Then I open Command Prompt

It gave the error: Then I entered

Most of the suggestions above too are helpful.

I saw this error message after a weekend. My setup was fine before that. My config and connections looked correct. $docker-machine restart default fixed it for me on Windows 7

I solved this error by run the {DOCKER_TOOLBOX_INSTALL_PATH}start.sh in bash.

In my case, all above solutions did not resolve. Instead zilurrane response helped.

I had the same issue on my Windows 10. Find below what I did to solve it:

1
How can I configure com.spotify.dockerfile-maven-plugin to run on Docker Toolbox?
5
Unable to Connect to Tensorflow Jupyter Notebook in windows 10
1
Cannot switch from Linux container to Windows container