How are stages split into tasks in Spark?

Let's assume for the following that only one Spark job is running at every point in time.

What I get so far

Here is what I understand what happens in Spark: 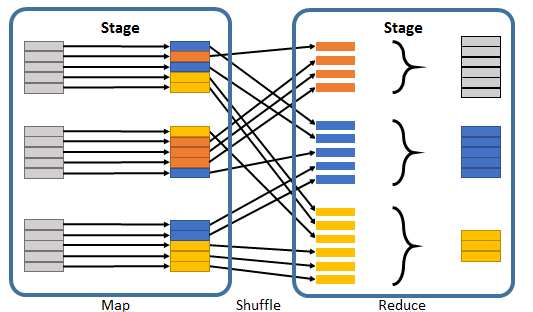 How do I split the stage into those tasks?

What I think (only partial answer, even if right)

In https://0x0fff.com/spark-architecture-shuffle, the shuffle is explained with the image

and I get the impression that the rule is

each stage is split into #number-of-partitions tasks, with no regard for the number of nodes

For my first image I'd say that I'd have 3 map tasks and 3 reduce tasks.

For the image from 0x0fff, I'd say there are 8 map tasks and 3 reduce tasks (assuming that there are only three orange and three dark green files).

Open questions in any case

Is that correct? But even if that is correct, my questions above are not all answered, because it is still open, whether multiple operations (e.g. multiple maps) are within one task or are separated into one tasks per operation.

What is a task in Spark? How does the Spark worker execute the jar file? and How does the Apache Spark scheduler split files into tasks? are similar, but I did not feel that my question was answered clearly there.

You have a pretty nice outline here. To answer your questions

Note that the submission of Stages is driven by the DAG Scheduler. This means that stages that are not interdependent may be submitted to the cluster for execution in parallel: this maximizes the parallelization capability on the cluster. So if operations in our dataflow can happen simultaneously we will expect to see multiple stages launched.

So then how many stages will we end up with?

Here is that toy program

And here is the DAG of the result 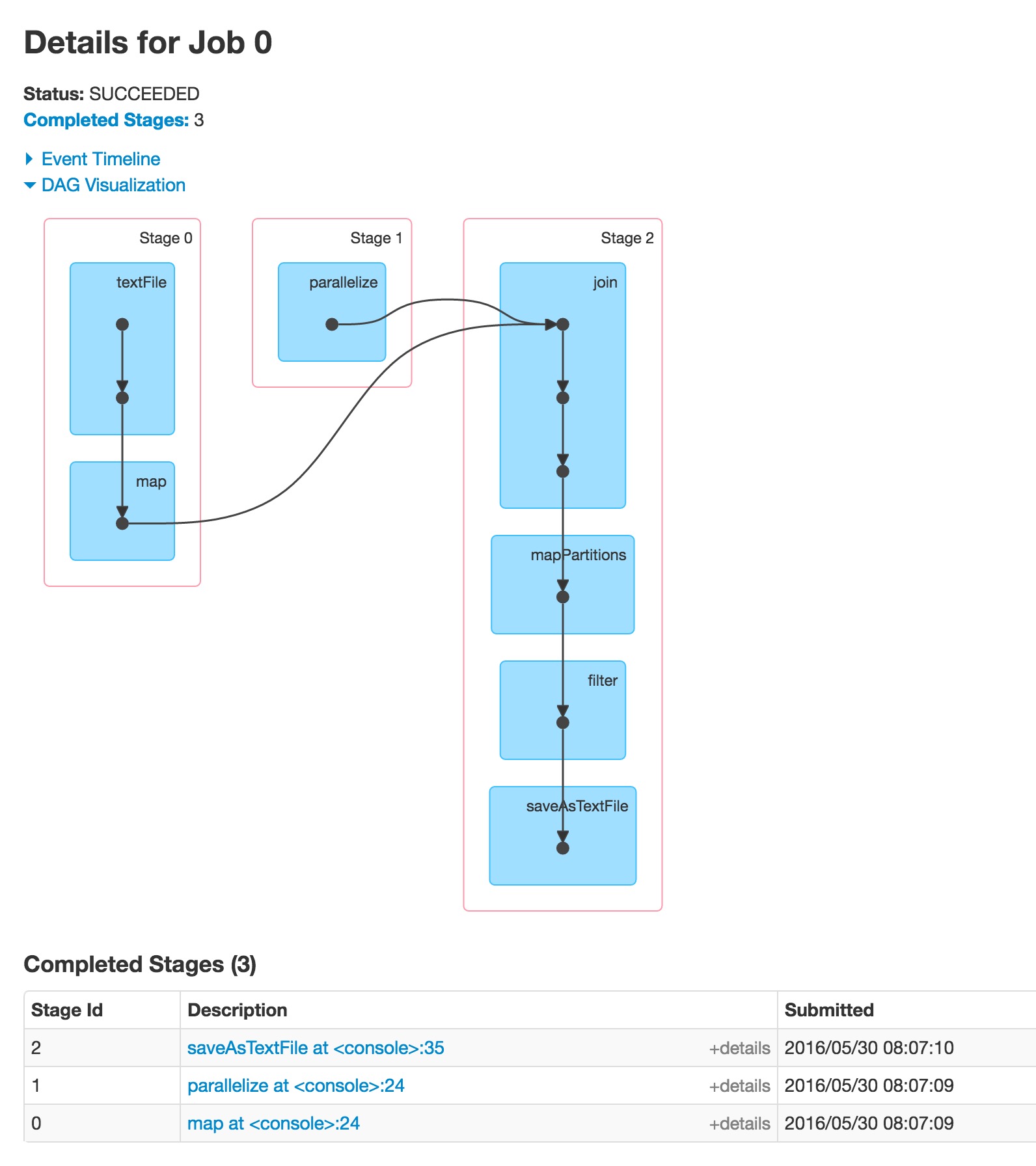 Now: how many tasks ? The number of tasks should be equal to

Sum of (Stage * #Partitions in the stage)

If I understand correctly there are 2 ( related ) things that confuse you:

2) What determines the number of tasks to be executed?

so when rdd3 is (lazily) computed, spark will generate a task per partition of rdd1 and each task will execute both the filter and the map per line to result in rdd3.

Another example is joins:

( Most ) operations that change the number of partitions involve a shuffle, When we do for example:

Once the execution of a stage commences, its tasks can occupy task slots. The number of concurrent task-slots is numExecutors * ExecutorCores. In general, these can be occupied by tasks from different, non-dependent stages.

Not the answer you're looking for? Browse other questions tagged apache-spark or ask your own question.

3
How number of tasks will get execute if file have 4 partitions?
0
Number of Tasks in a Stage in Spark SQL
1
How to allocate the executors for task in Spark?
47
What is a task in Spark? How does the Spark worker execute the jar file?
5
How Spark RDD partitions are processed if no. of executors < no. of RDD partition
7
How does the Apache Spark scheduler split files into tasks?
1
How executors will process the data when input data size is huge?
0
Number of Executor Cores and benefits or otherwise - Spark
0
Spark Java Closure details
0
How many concurrent tasks in one executor and how Spark handles multithreading among tasks in one executor?
See more linked questions

241
What are workers, executors, cores in Spark Standalone cluster?
10
Spark Shuffle - How workers know where to pull data from
1
Tasks Not Created for Stage - Spark
1
Is it possible to reorder tasks in Spark stage
0
Spark Job stuck between stages after join
0
spark constructs 1-1, 1-M relationships?
0
How many concurrent tasks in one executor and how Spark handles multithreading among tasks in one executor?
0
Number of Tasks in Spark UI