create a custom shortcut to generate the getter and setter

I know the traditional way in Windows to generate getter and setter of some attributes in the class: Highlighting the fields --> Right click --> source --> Generate Getters and Setters but is there anyway to create my own shortcut to do that?

What should I enter as name and pattern in this case? 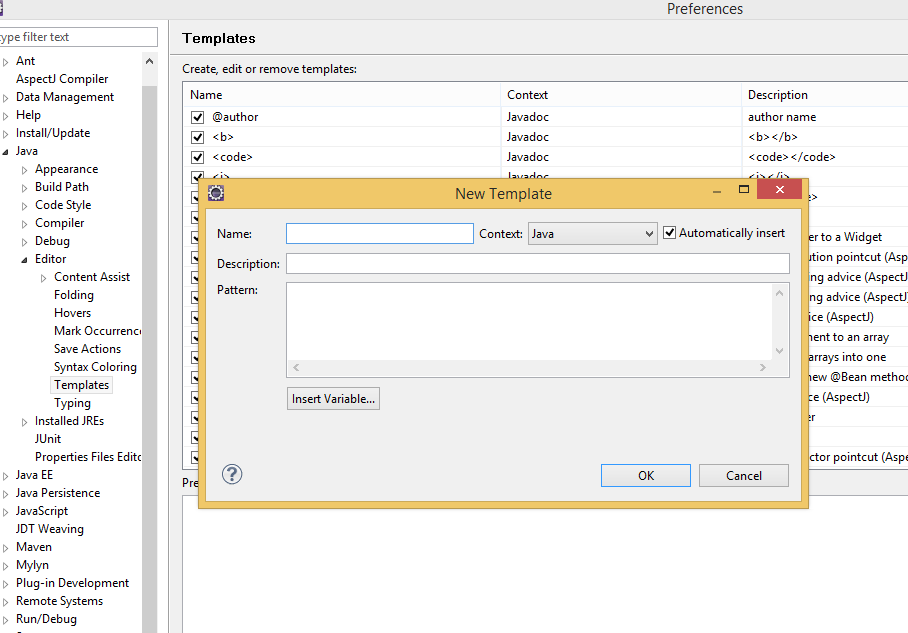 Java editor templates aren't too powerful so the following is the best pattern I could come up with. Name / description is only for referencing the template so those can be anything.

The upper/lower case names are there to follow java naming conventions. There is no substring or default functions that I can find to process the variable text, otherwise you'd only have to enter the variable name once. I saw this answer and it suggests creating a custom function for upper-casing the variable name but it does not look trivial nor does the answer have a complete solution.

Finally if neither of these are suitable for implementing, you could do the minimal change of binding the "Generate Getters and Setters" command to a key combination to make that existing option slightly faster. You can go to the same Windows>Preferences under General>Keys (or General>Editors>Keys) and search for the command "Generate Getters and Setters", select Binding, and hit the key combination you want it to bind to.